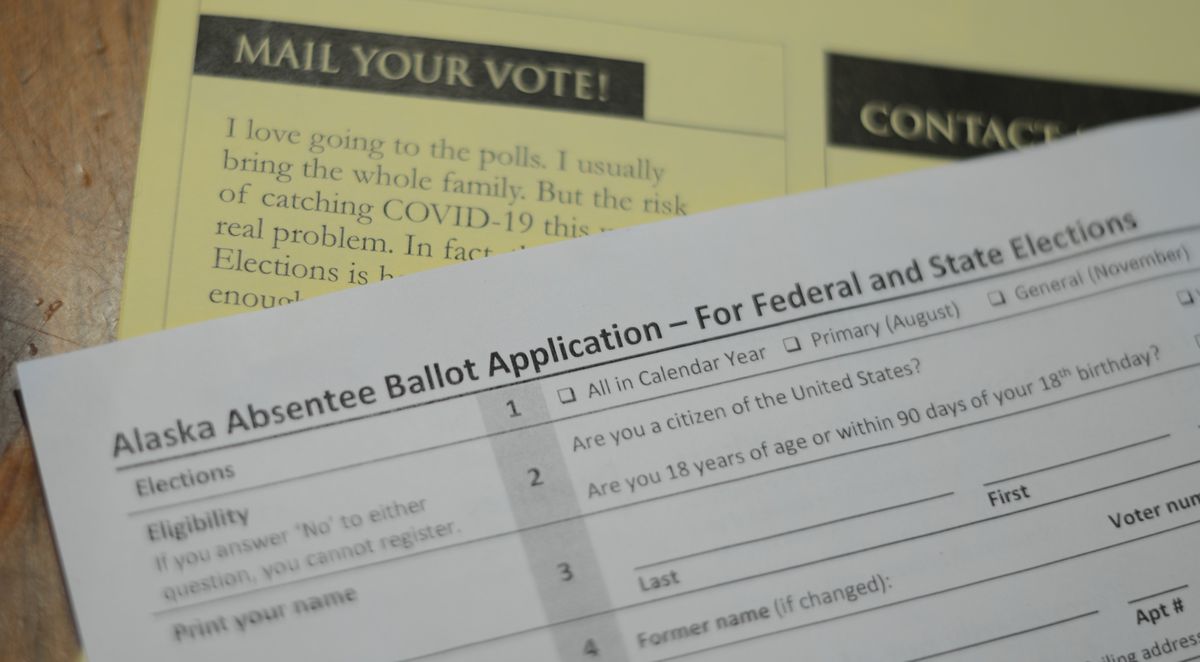 A problem with the Alaska Republican Party’s regular mailout of absentee ballot applications resulted in some Republican voters receiving pre-filled applications with the wrong names or addresses.

The issue was first reported by the Fairbanks Daily News-Miner, which said it affected about 22,000 Alaskans. Glenn Clary, the party’s chairman, said that figure was based on an initial estimate and is likely lower.

He said the error occurred because of a problem at the printer, and the party is planning to send out new applications with correct addresses.

Gail Fenumiai, director of the Alaska Division of Elections, said there are no problems with the state’s voter database, though some Republicans have been calling the division after receiving the incorrect material.

“During their mail merge process, it appears they misaligned voter names with mailing addresses and physical addresses,” she said of the Republican mailers.

Clary said anyone with an incorrect application should throw it out and wait for the new one. If anyone does send in an application with incorrect information, Fenumiai said Division of Elections checkers will catch it.

“They’re very easily identifiable,” she said of the mailers.

Each statewide election since 1994, the Alaska Republican Party has sent absentee ballot applications to Alaskans eligible to participate in the Republican primary election. This year’s election is Aug. 18, and absentee voting has taken new prominence amid the coronavirus pandemic.

The state is encouraging voters to cast absentee ballots rather than attend polling places in person. With a statewide shortage of poll workers, there is some concern that polling places could close, and voters could crowd the remaining locations.

Alaskans are paying attention: Already, more voters than ever have signed up to cast their primary-election votes by mail.

Fenumiai said that with multiple groups sending out applications, it’s important to remember that a voter needs to fill out only one.

The deadline to register for an absentee ballot is Aug. 8. On Wednesday, the division put the first ballots in the mail.

The first round of absentee by-mail ballots are in the mail today! pic.twitter.com/X6JbXkOfzL