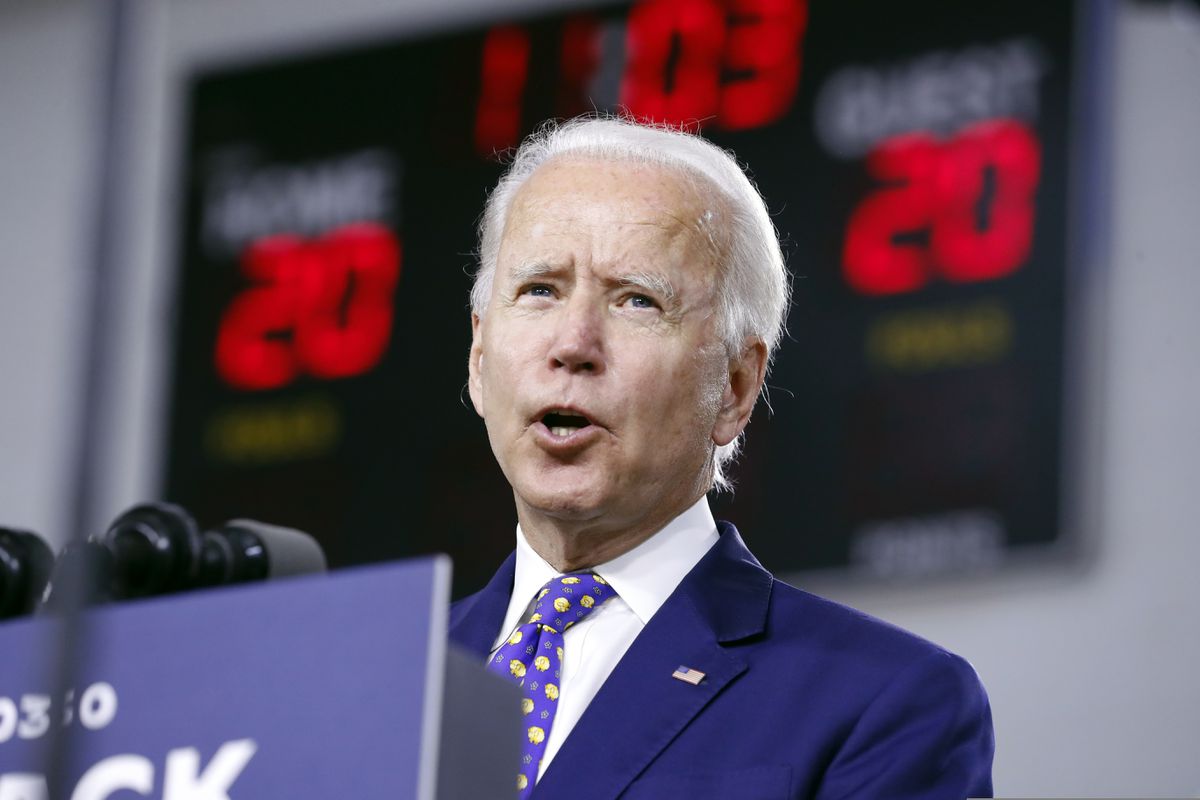 Democratic presidential candidate Joe Biden said on Sunday that if he’s elected, his administration would stop the controversial Pebble mine prospect in the Bristol Bay region of Southwest Alaska.

The former vice president said the Bristol Bay salmon fishery is an economic powerhouse that should be protected for Alaska Natives and fishermen.

“It is no place for a mine,” he said in a statement to news media. “The Obama-Biden Administration reached that conclusion when we ran a rigorous, science-based process in 2014, and it is still true today.”

The Environmental Protection Agency under the Obama administration proposed halting the project in 2014, but the agency under Trump tossed that proposal last year.

The copper and gold mine, if constructed, would be built near headwaters of the Bristol Bay salmon fishery about 200 miles southwest of Anchorage.

Already an international lightning rod, the project recently gained extra attention as the Trump administration is weighing a landmark decision that could lead to its development.

The U.S. Army Corps of Engineers last month released a final environmental review of the project, potentially setting the stage for the agency to issue a key permit for construction as early as this month. The agency could also reject the permit, or issue one with restrictions.

Trump Jr. said he agreed with a tweet from Nick Ayers, former chief of staff to Vice President Mike Pence, calling on the president to block the project by directing the EPA to veto it, an option the agency could pursue again.

Trump on Wednesday, responding to reporters, said he’d listen to both sides of the argument.

Biden asserted that Trump has not listened to scientists and experts about the dangers of the mine.

“Now, Alaskan culture, traditions, and jobs are on the line,” Biden said. “As president, I will do what President Trump has failed to do: listen to the scientists and experts to protect Bristol Bay — and all it offers to Alaska, our country, and the world.”

The analysis concluded that under normal operations, the mine “would not be expected to have a measurable effect on fish numbers and result in long-term changes to the health of the commercial fisheries in Bristol Bay.”

Mine developer Pebble Limited Partnership has praised the Army Corps’ review as thorough and accurate.

In a statement released Sunday, Pebble Limited CEO Tim Collier said the federal government “without any doubt whatsoever” will rely on the final environmental review for its decisions.

“It’s election season, and people are going to posture and say things, I totally understand that,” Collier said. “But when it comes down to brass tacks, to the law, there can be no federal action at Pebble that is inconsistent with the Final (Enviromental Impact Statement), period.”

Any future efforts by a Democratic presidential administration to revive and rely on the “woefully inadequate” review done under the Obama administration would be rejected by the courts, he said.

“We are grateful to Joe Biden for promising to stop the rushed, corrupt, error-riddled rush to ‘yes’ for the proposed Pebble mine, and for recognizing the importance of Bristol Bay and its tens of millions of salmon to tribes, fishermen, Alaskans, the economy and the world,” said Tim Bristol, executive director of SalmonState.

“Vice President Biden was absolutely right in 2014 when the Obama-Biden Administration vetoed the project, and he’s absolutely right today in standing with the overwhelming majority of tribes, Alaskans, and America’s sportsmen and women in opposition to Pebble Mine,” said Collin O’Mara, president of the National Wildlife Federation Action Fund.