Alaska’s primary election is Tuesday, but declaring winners could take a week or more 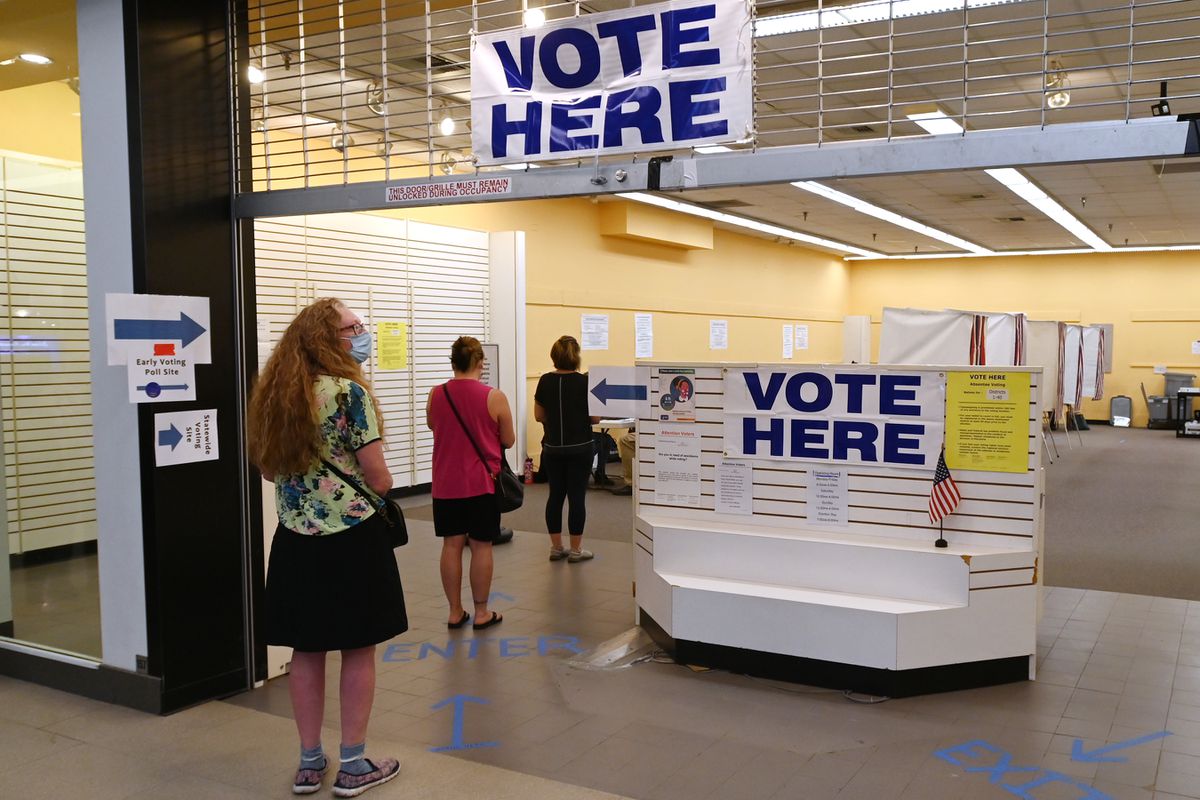 Voters stood six feet apart as they waited in line to vote early in the Midtown Mall on Monday, August 17, 2020. (Bill Roth / ADN)

Voters stood six feet apart as they waited in line to vote early in the Midtown Mall on Monday, August 17, 2020. (Bill Roth / ADN)

A record number of Alaskans are voting by mail in Tuesday’s statewide primary elections, and that could mean a delay before a final winner is declared in many races.

According to the Alaska Division of Elections, 61,899 Alaskans have requested mail-in absentee ballots for the Aug. 18 primary, and as of Monday morning, over 29,000 had been received by elections officials.

That’s a change from 2016 and 2018, when some early arriving absentee ballots were included in the election day totals. Now, no mailed-in ballots will be counted until a week after election day, a procedure used before 2016 as an extra security measure against double-voting.

[Related: In this week’s primaries, Alaska’s Republican incumbents face challenges from the right]

In addition, state figures show disproportionately fewer Republicans voting absentee in the primary. Only 11% of Republicans have requested absentee ballots, compared to 22% of Democrats and 14% of nonpartisan voters. Depending on voting patterns, that could mean a much more conservative result on election night than the final tally later.

Lengthening the tally process, absentee ballots can arrive as late as 10 days after election day and will still be counted as long as they were postmarked on or before Tuesday. There also are ballot drop-boxes in Fairbanks (675 Seventh Ave.), Soldotna (Kenai Peninsula Borough building), Anchorage (2525 Gambell St.) and Wasilla (1700 E. Bogard Road).

How to check whether your absentee ballot has been received

The state’s voter information website allows voters to check whether their absentee ballots have been received by the state.

If someone votes absentee but wants to vote in person instead, the in-person vote will count and any ballot mailed in by that person will be thrown away.

What’s on the ballot and who can vote for what

At the polls, voters can choose from two ballots. Only registered Republicans, undeclared voters or nonpartisan voters can take a Republican ballot. Anyone can take the ballot featuring Democratic and Alaskan Independence Party candidates.

What to expect at the polls

Alaskans who vote in person should expect some polling places in different locations. Voting stations have been moved out of hospitals, senior centers and some churches because of the coronavirus pandemic. Voters can look up their polling places online, and there’s a statewide list of polling places.

Extra polling places will be open at the Fairbanks, Anchorage and Juneau airports, as well as Anchorage’s Midtown Mall. Polls are open from 7 a.m. to 8 p.m.

Voters are not required to wear masks, except in cities with mask mandates. Poll workers will be masked. Each polling station will have a table with gloves, masks and hand sanitizer for those who want them. Poll workers will be disinfecting voting booths and equipment regularly, and voters in line will be asked to stay apart from each other.

For everyone else, the deadline is Oct. 24 to request an absentee vote by mail, or the deadline is Nov. 2 for those who want to download a blank ballot. Ballots can be requested online, and paper forms will be sent to many voters ahead of the general election. The request needs to be filled out only once.