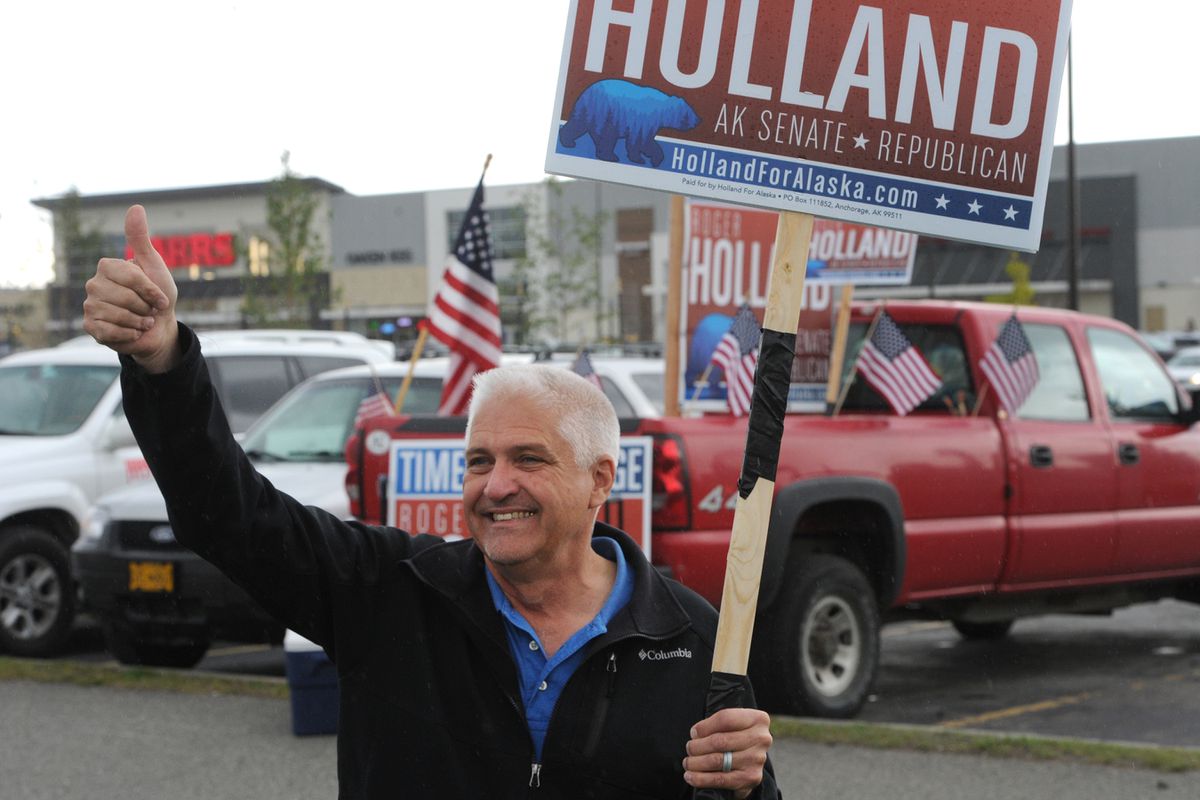 Nine of 29 Republican incumbents in this year’s statewide primary election are losing their races for re-election, according to preliminary results released at the end of election day. Two others are not running for re-election.

Senate President Cathy Giessel trails by a 42-point margin, and in the House, Reps. Jennifer Johnston and Chuck Kopp have each received less than 35% of the vote to date. All three Anchorage lawmakers were accused of being insufficiently conservative and too willing to compromise with the Legislature’s Democrats.

Political advisers, fellow lawmakers and the candidates themselves said a combination of political polarization, low turnout, a closed Republican primary, the coronavirus pandemic and the anger of conservative Alaskans has caused a result that none predicted.

Fewer than 4,000 votes have been tallied so far in each of the contested Senate races, and all but one of the contested House races has fewer than 2,000 participants to date. The race featuring Rep. Gabrielle LeDoux, R-Anchorage, has just 513 ballots counted.

With tens of thousands of ballots uncounted until next week, experts expect some incumbents to rebound before the final tally. Others appear likely to lose their races and the newcomers are expected to help create a more conservative Alaska Legislature that is friendlier to Gov. Mike Dunleavy.

“It’s going to potentially, and highly likely, change the House and the Senate. So the big victor really is Dunleavy. He’s going to have a Republican House, in all likelihood, and a Republican Senate,” said Marc Hellenthal, owner of a polling and political consulting firm that worked with several primary candidates.

Three Republican members of the 23-person House coalition majority are in jeopardy, and a fourth will be replaced:

• Kopp has exactly half the 1,202 votes recorded for Tom McKay.

• Rep. Gary Knopp, R-Kenai, died in a July plane crash. An anti-coalition Republican, Ron Gillham, is leading in the primary for Knopp’s seat.

Other House Republicans are trailing, too:

• With 407 votes, David Nelson has almost four times the 106 votes of LeDoux.

• Kevin McCabe has 1,377 votes while Rep. Mark Neuman, the longest-serving active member of the House, has 801 in their Big Lake district.

In the Senate, four Republican members of the Senate majority are losing:

Senate Minority Leader Tom Begich, D-Anchorage, is winning his own uncontested primary and said the latter three senators shouldn’t be counted out.

“The first thing is that you had a substantial number of people whose votes haven’t been counted yet,” he said.

Caption
Dakota Rivas, 10, reaches out to take the temperature of Steve Wegg as his wife Karen Wegg watches after they arrived to vote during the primary election on Tuesday, August 18, 2020. Everyone entering the polling place at the Mt. View Boys & Girls Club had their temperatures taken as a precaution during the COVID-19 pandemic. (Bill Roth / ADN)
Wait 1 second to continue.

Preliminary results show 78,454 ballots cast on election night. Another 32,132 absentee ballots have already been received by the Division of Elections, about half the total that were sent to voters. If more arrive by Aug. 28, they’ll be counted too.

Pre-election polling and absentee-ballot request statistics indicate that conservative voters were much more likely to vote in person on Tuesday than moderates and progressives. That limited the voter pool.

“I know there’s a lot of absentee ballots out, but I think the hard-over right-wingers are on the warpath, and they don’t believe in COVID, and they got out and voted,” said Rep. Louise Stutes, R-Kodiak, a member of the House majority.

In addition, the Republican primary is “closed” — only registered Republicans, undeclared voters and nonpartisan voters can participate.

Across the United States, political observers have seen a trend toward polarization and away from bipartisanship, and Alaska showed it is not immune. In addition to the poor showing by Republicans in the House coalition, Giessel and other members of the Senate’s predominantly Republican majority appear to have been penalized despite their conservative positions.

“Their only crime is that they occasionally smiled at a Democrat. It’s interesting that they’ve been given the death sentence by the (Republican) Party,” said Jim Lottsfeldt, a campaign consultant who typically works with Democratic candidates.

“It’s a metaphor for the national polarization,” Lottsfeldt said. “It appears Alaska is sort of underscoring the (Republican) belief that ‘we don’t care about the merits — you’re just not playing on the team vigorously enough, so you’re out.‘”

Sen. Mike Shower, R-Wasilla, wasn’t on this year’s ballot but said he believes Lottsfeldt’s position is at least partially true. In addition to increasing polarization, he said conservative Republicans were particularly enraged and motivated by a lack of progress toward their small-budget and large-PFD goals despite having a Republican governor and Republicans in a majority of seats in the House and Senate.

He said social media allowed those conservatives to mobilize and organize ahead of the primary in a way they only partially did in 2018, when Sen. Peter Micciche, R-Soldotna, nearly lost his primary race.

Kaufman, who leads Johnston in their House race, said that going door to door, he heard a “general sense of dissatisfaction” from Republican voters.

It wasn’t tied to any specific issue, he said, adding that it would be an oversimplification to attribute Tuesday’s margins to a simple protest vote.

Holland said his margin over Giessel came about because Republicans were dissatisfied by not seeing Republican policies come from a majority-Republican Legislature.

His opponent was one notable target.

“In my mind, Cathy Giessel was not a Republican in the sense that I see Republicans,” he said.

With conservative Matanuska-Susitna Borough senators stripped of leadership positions and Sen. Lyman Hoffman, D-Bethel, as majority leader, “we had basically a Democrat as president of the Senate,” Holland said.

Giessel declined to talk on Wednesday.