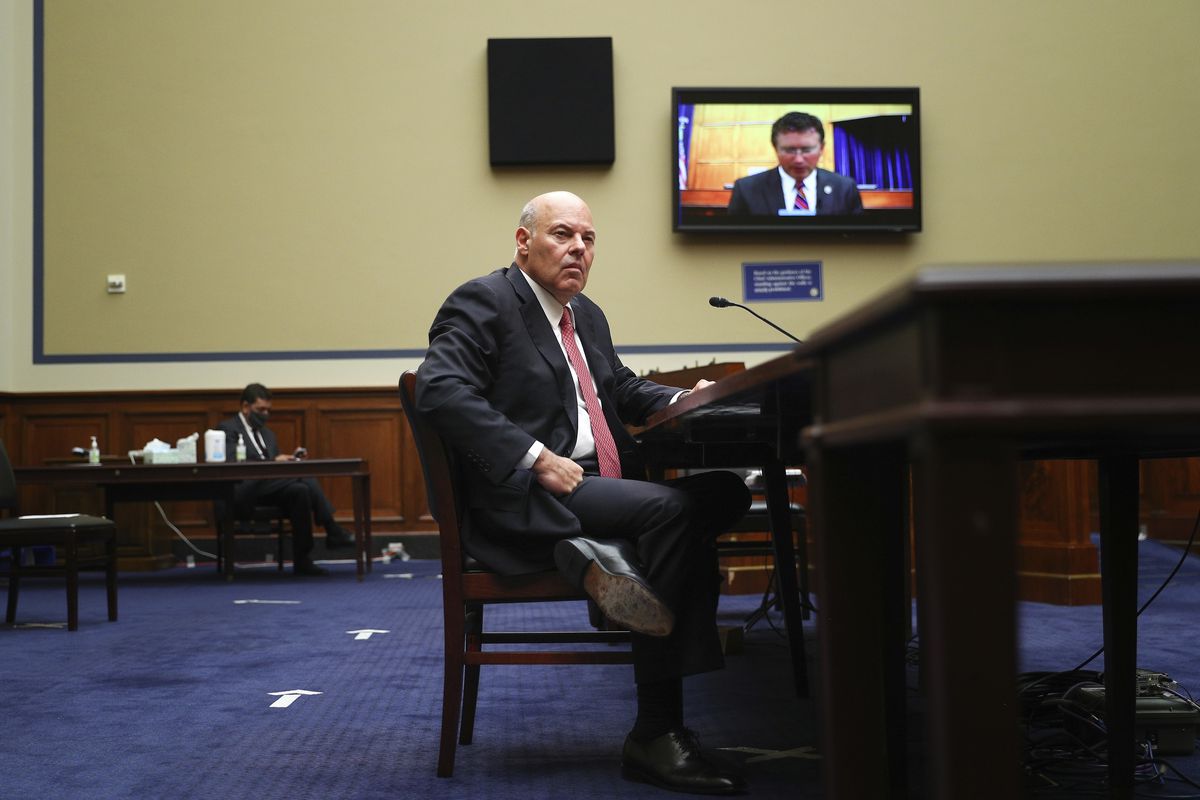 In an hourlong phone call with members of Alaska’s congressional delegation, U.S. Postmaster General Louis DeJoy said he will not cut the federal program that reduces costs for cargo shipments in rural Alaska, members of the delegation said Wednesday.

“The program is not going anywhere. This notion that it’s on the chopping block is not accurate, and he stated that directly to us,” said U.S. Sen. Dan Sullivan, R-Alaska.

The bypass mail program ships mostly groceries and other bulk cargo. Businesses deliver shrink-wrapped pallets of goods directly to airlines contracted by the Postal Service, bypassing post offices in a procedure that gives the program its name.

On Wednesday, DeJoy said in a written statement that “it was not my intention to single out Bypass Mail while testifying at the August 21st Senate hearing, or to suggest that we were eliminating the program. Rather, I was referring to a much broader effort to inventory all postal programs, as a part of our larger work to understand the Postal Service’s finances given the legal requirement that the Postal Service be financially self-sufficient.”

DeJoy’s office did not respond immediately to followup questions asked through a Postal Service spokesman.

Sullivan said his impression is that DeJoy is new to his role and didn’t understand the importance of the program to Alaska. He said the delegation is also speaking to the Postal Service’s board of governors, who have the power to appoint and fire the postmaster general.

“A lot of Alaskans were really concerned, and we want to put this issue to bed,” he said.

“Any cut to USPS hurts Alaska substantially more than any other state. I’ll believe DeJoy when I see it. Mail is mail, bypass or not, and we depend on it,” Gross said by text message.

Alyse Galvin, the independent facing Rep. Don Young, R-Alaska, said the Postal Service shouldn’t be in this position at all.

“The U.S. Postal Service, and especially Alaska’s bypass mail, should never have been made into a political football,” she said by text message. “Politicians need to stop playing games with our basic services!”