More than 1,200 absentee ballots were rejected in Alaska’s primary. Civil rights groups are asking for a fix. 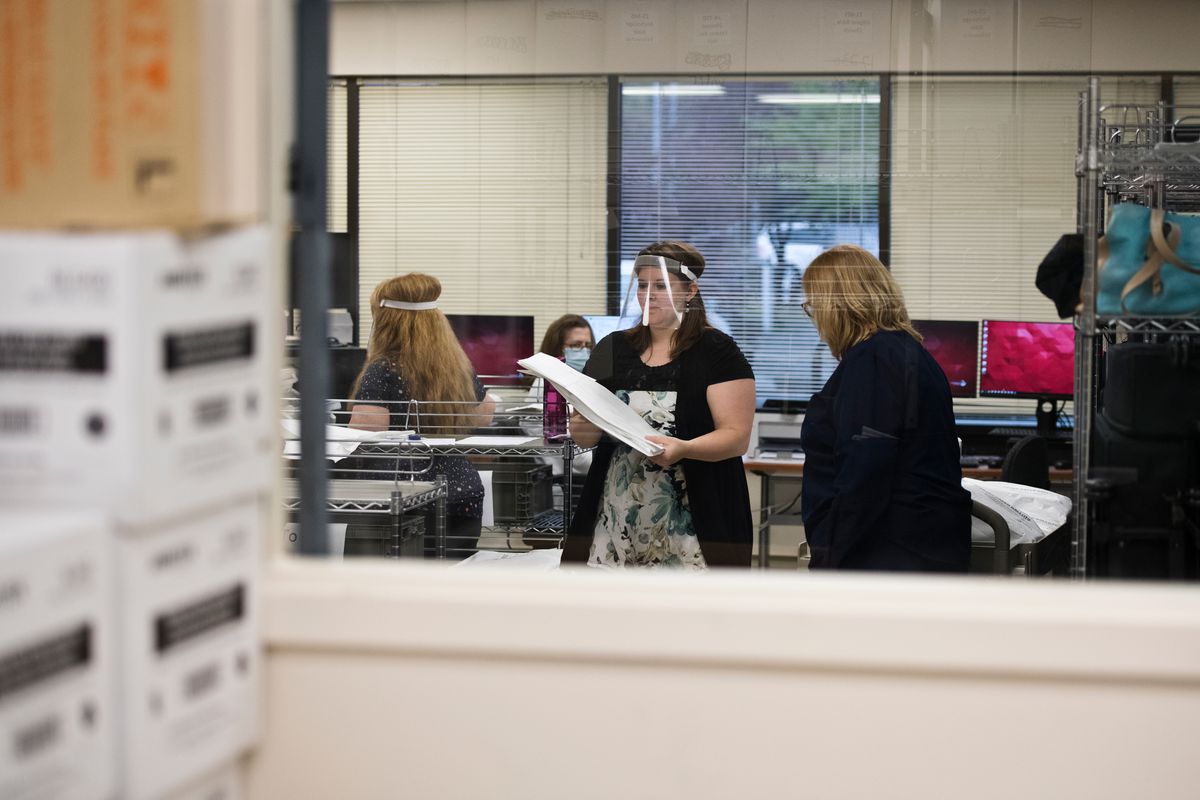 Three civil rights groups are asking the state of Alaska to fix the leading cause of rejected absentee ballots. If the state doesn’t fix the problem, they say they’ll sue.

In a joint letter this week, the ACLU of Alaska, the Native American Rights Fund and the Lawyers Committee for Civil Rights Under Law asked the state to suspend a law that requires two people — the voter and a witness — to sign each absentee ballot before it is submitted.

The requirement doesn’t make sense during the coronavirus pandemic, the groups argue, saying, “please don’t enforce the witness requirement and make Alaskans choose between their health or their vote.”

The letter was sent to Lt. Gov. Kevin Meyer, who oversees the state’s elections, and his chief of staff said Tuesday that he has received it and is drafting a response.

The state is taking online applications for absentee ballots now and intends to begin mailing blank ballots Oct. 9. The deadline to submit a by-mail application is Oct. 24.

Alaska allows any voter to cast an absentee ballot by mail for any reason, but it’s one of 11 states that requires the ballot envelope to be signed by a witness in order to be counted.

In the just-ended primary election, “improper or insufficient witnessing” caused officials to reject 456 ballots. It was the leading cause of rejections this year, in the primary two years ago, and in the 2016 primary.

Altogether, 1,240 ballots were rejected in the primary. The rate of rejections was lower than in 2018 or 2016, but with more ballots being cast, the number of rejections appeared to be a record.

“A lot of people may feel like this is a small problem,” said Natalie Landreth of the Native American Rights Fund, “but hundreds of (ballots) can easily swing an election in Alaska, and they need to be counted.”

Megan Edge of the ACLU said it’s an issue if even one ballot is discounted.

“I think one rejected ballot because of a witness signature is wrong,” she said.

Alaska has required absentee voters to provide at least one witness since statehood (it required two between 1982 and 2005), but the issue is particularly important this year because of the coronavirus pandemic.

The general election is Nov. 3.

In the primary election, 62,455 Alaskans requested absentee ballots, setting a record for all elections, not just the primary.

That was remarkable because only 22% of Alaska’s registered voters participated in this year’s primary. Since 2000, presidential elections here have averaged 63% turnout. If absentee participation rises proportionally, three times as many voters could have their ballots tossed out.

In March and April, Dunleavy suspended several state laws in response to the coronavirus pandemic, including one that prohibited home delivery of beer and wine.

The law requiring a second ballot signature has remained on the books, and Landreth said that’s a problem in the rural, predominantly Native, communities she represents.

Many towns in rural Alaska have taken particularly stern measures against coronavirus spread, restricting travel into town and even from house to house.

“They’re very protective, and they will have constables that prevent you from leaving your house. There’s a whole category of people can’t go to their neighbor’s house or their tribal office to get a witness signature, so they can’t vote,” she said.

The problem was compounded when the U.S. Postal Service stopped workers from signing ballots while on duty, she said.

The letter gives the state until Friday to respond.

Asked what the groups will do if the state doesn’t suspend the law, Landreth said, “Look, we’re going to get a court order.”

The Lawyers Committee For Civil Rights Under Law has launched lawsuits against restrictions on absentee voting in several other states, with mixed results.

The organization’s president and executive director, Kristen Clarke, said the Alaska letter should “absolutely” be considered part of that nationwide campaign.

“We have been fighting tooth and nail across the country to lift the unnecessary barriers and burdens that voters face to access to vote by mail this (election) season,” she said.

All three signatories said they have no partisan goal, but this year, increasing access to absentee votes appears to favor Democratic candidates.

This year, national polling indicates Democrats are much more likely than Republicans to vote absentee.

In the Aug. 18 primary election, voters were asked to choose between a ballot with Republican candidates and a ballot with Democratic, Libertarian and Alaskan Independence Party candidates.

The Alaska Division of Elections refused to say how many absentee voters picked each ballot, but primary election returns showed 61% of votes counted on election day were on the Republican ballot. (That count included some early votes.)

Only 40% of ballots counted afterward — which includes absentee voters, questioned voters and late-arriving early voters — were for Republicans.