Alaskans’ interest in voting by mail has never been higher. Here’s a guide to voting in the November election. 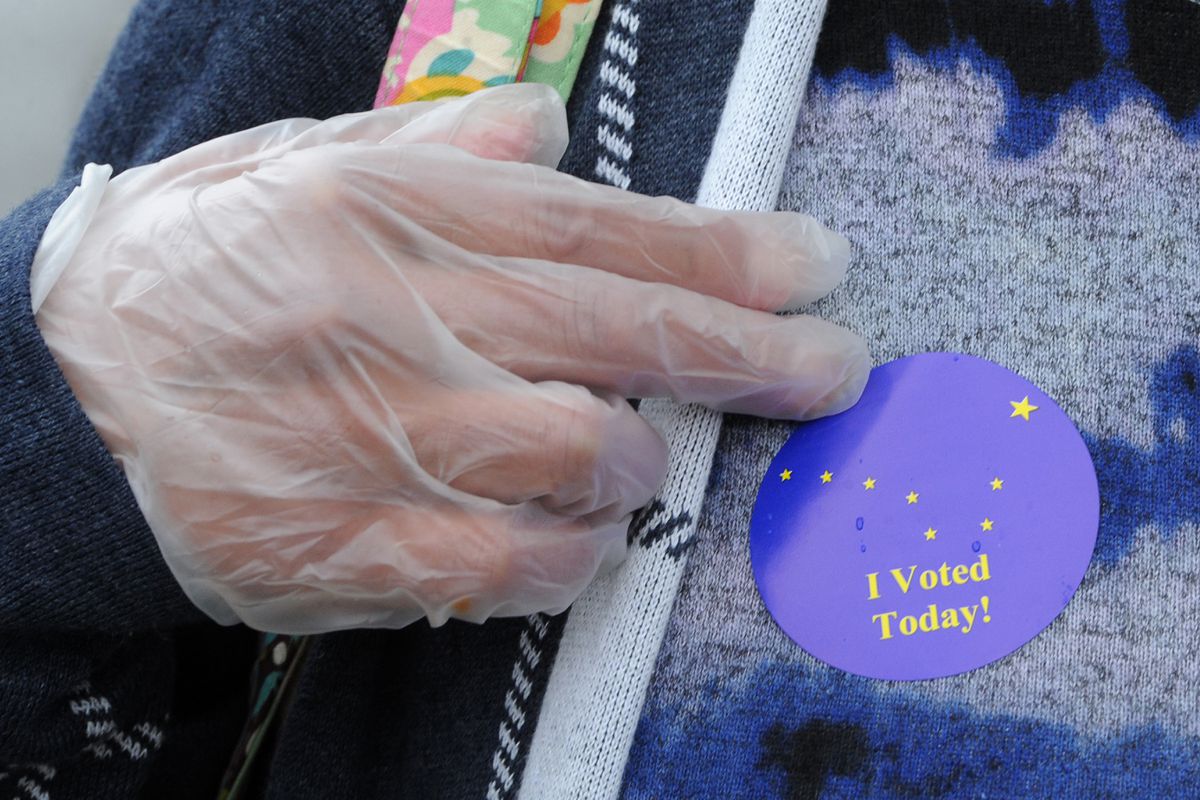 Election Day is Nov. 3, but a record number of Alaskans are choosing to vote by mail this year as the COVID-19 pandemic continues to disrupt daily life.

Alaska’s rules for casting a ballot from home are different from the vote-by-mail systems used by Anchorage and other cities. We’ve compiled this guide to voting in the November election to help clear up any confusion.

Have a question about how this year’s election will work? Tell us in the form at the bottom of this article or go here.

Almost all Alaskans are automatically registered through a program that updates registrations with each year’s Permanent Fund dividend application.

If you don’t know whether you’re registered, you can check online at myvoterinformation.alaska.gov.

How do I vote by mail?

If you want to vote by mail in the November election, you need to ask for an absentee ballot online or print out a request form and send it to the Division of Elections.

You don’t need to provide a reason. Anyone 18 and older can do it, but unlike in Anchorage’s local vote-by-mail elections — where registered voters are automatically mailed a ballot — you have to ask for an absentee ballot for the November state election to get one in the mail.

The state sent request forms earlier this year to all voters 65 and older. A form will also be printed in the election pamphlet sent to every Alaska household. Some political parties, legislators and at least one third-party group are also planning to send them to voters.

You only need to fill out one, either online or on paper. You might receive more than one form because the groups sending application forms don’t necessarily coordinate with one another.

Regardless of whose form you send in — or if you apply online — the application must be received by the Division of Elections by Oct. 24.

The U.S. Postal Service recommends you apply even sooner, no later than Oct. 20.

Track your request and complete your ballot

You can check online at myvoterinformation.alaska.gov to see if the Division of Elections has received your request. Look for the line labeled “Application Date.”

The Division of Elections plans to send blank ballots to Alaskans overseas starting Sept. 18. Election officials also plan to send ballots to places in the Lower 48, Hawaii and Alaska starting Oct. 9 and using first-class mail, so they should arrive within two to five days. Delivery takes longer for overseas addresses.

If you don’t complete those steps, your vote will not be counted. Officials won’t open the envelope without all that information.

You’ll need a first-class stamp to send your ballot, and you’ll want to stick it in the mail ahead of state deadlines. As an alternative, you can take it to any early voting location or a Division of Elections dropbox. A list of dropboxes has not yet been posted, and Anchorage residents should note that dropboxes used for the city election are not used for the state election.

The U.S. Postal Service recommends sending your ballot by Oct. 27 if you’re in Alaska or in another state. If you’re overseas, you should send yours by Oct. 20.

The ballot needs to arrive no later than 10 days after Election Day (if mailed from within the U.S.) or 15 days (if mailed internationally).

After you mail in your ballot, you can check online to see if the state has received it. Look for the line labeled “Date Received.” You can also call your local Division of Elections office.

If the Division of Elections does not have your ballot by Election Day, or if you think it won’t arrive, you can go to the polls and vote in person. Your in-person vote overwrites anything that you’ve mailed in.

What happens after you vote?

State law requires the Division of Elections to send letters to everyone whose absentee vote wasn’t counted, including an explanation why. If you don’t receive that letter after the election, your vote was counted.

There isn’t a way to track that if you vote in person. The state’s voter database will record that you showed up to the polls, but nothing connects you with your particular paper ballot.

Ballots cast on Election Day are machine-counted with a scanner. The scanner is double-checked with a hand count: A review board picks at least one precinct from each House district and counts each ballot by hand. Those votes have to account for at least 5% of the ballots cast in the district.

Counting absentee ballots involves first comparing what’s on the envelope to the state’s voter rolls. If the information on the envelope matches a registered voter, and if that person filled out the envelope correctly, a poll worker opens the envelope and counts the ballot.

If you don’t trust the Postal Service to deliver your ballot or your application for a blank ballot, you can ask to download and print a blank ballot instead; that request must be made by 5 p.m. Alaska Standard Time on Nov. 2. You can mail in that completed ballot (postmarked by Election Day), or you can fax it to the Division of Elections as late as 8 p.m. on Election Day (fax applications are available for most smartphones). Instructions for faxing a ballot are attached to a PDF when you download your ballot.

That said, there’s no evidence that Alaska’s election system is anything but safe.

There is no evidence that voting by mail in Alaska or the United States is subject to any more fraud than voting in person. Since 2005, there have been only three criminal convictions in Alaska related to voter fraud. After the 2016 election, President Donald Trump convened a voter fraud commission, but after a year of work, that group found no evidence of widespread fraud. In a lawsuit against Pennsylvania’s vote-by-mail program, attorneys were unable to find any evidence of fraud.

For state elections, the default option is still going to the polls in person.

You need to have a photo ID or some other kind of government document to prove who you are. Poll workers can also verify your identity if you know them personally. Masks are not required in polling places unless mandated by the local government, though poll workers will wear masks.

If you vote on Election Day, check online to find out your designated polling location. Polls will be open from 7 a.m. to 8 p.m.

If you can’t reach your particular polling location, go to the nearest polling spot and ask to cast a questioned ballot. You’ll have to fill out some additional paperwork that allows your ID to be double-checked later.