Gross campaign releases record of his killing of a bear in self-defense, a major campaign talking point 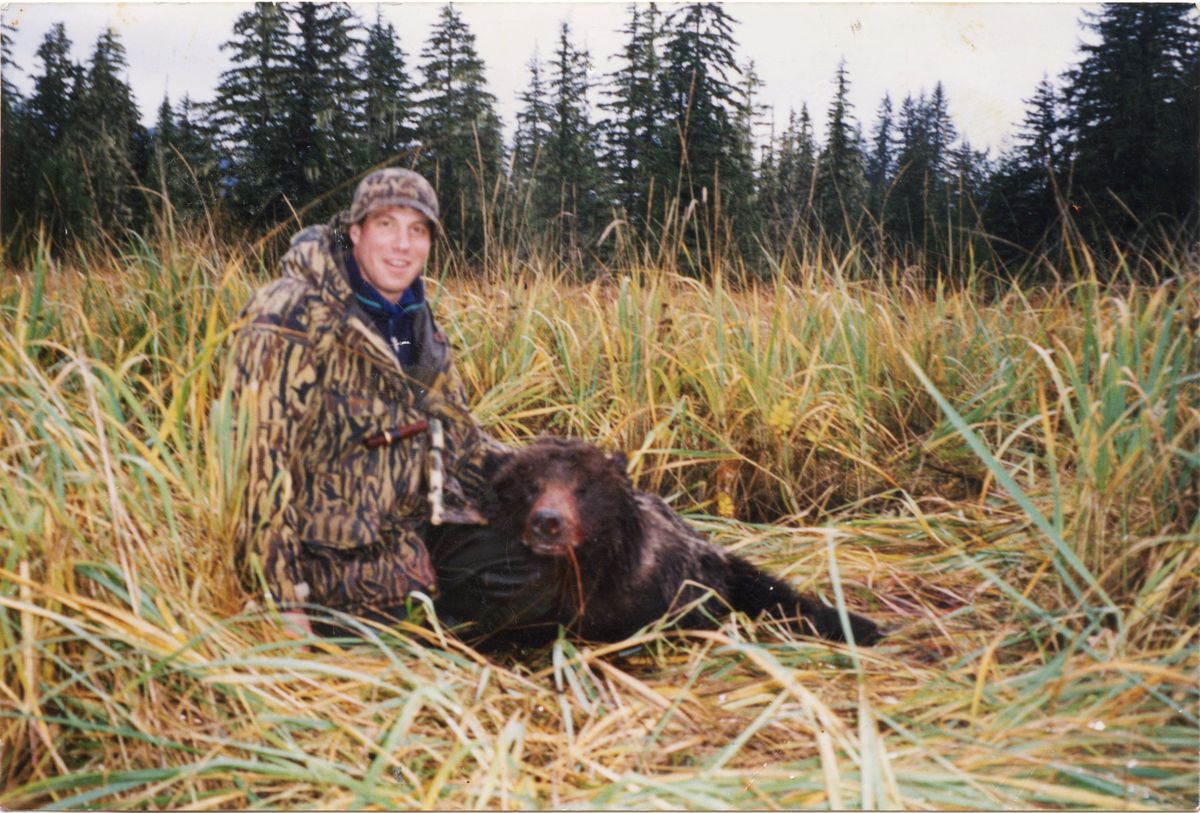 US Senate candidate Al Gross with a bear he killed in self-defense on Oct. 19, 1995 in Sweetheart Flats, south of Juneau. (Photo provided by Al Gross campaign)

US Senate candidate Al Gross with a bear he killed in self-defense on Oct. 19, 1995 in Sweetheart Flats, south of Juneau. (Photo provided by Al Gross campaign)

After a request for public records from an opposition research firm and news media, the campaign of U.S. Senate candidate Al Gross has released records documenting that he was involved in the killing of a bear in self-defense.

The event has long been a major talking point for the Democrat-nominated independent Gross in his effort to unseat Republican Sen. Dan Sullivan. It is referenced in multiple campaign commercials

On Sept. 16, America Rising Corp.'s senior vice president Allan Blutstein requested documents about the bear kill from the Alaska Department of Fish and Game. America Rising is a Virginia-based opposition research firm “whose mission is to help its clients defeat Democrats," according to its website.

Citing that request, a Newsweek article published Monday references a record from the Alaska Department of Public Safety confirming that Gross filed a report that he and another man killed a bear in defense of life or property on Oct. 19, 1995 at Sweetheart Flats, south of Juneau. The report was filed two days after the incident occurred.

The record and a photo were provided to Newsweek by the Gross campaign, and subsequently to the Daily News.

Gross has routinely said he killed a grizzly bear. The state records show he and another man killed a sow.

Gross, born and raised in the state, has sometimes framed his challenges to Sullivan, an Ohio native, around being an authentic Alaskan.

An introductory campaign commercial boasted he was “born in the wake of an avalanche," bought his first fishing boat at 14, prospected for gold and once killed a bear. Other ads show him on a commercial fishing boat, or backcountry skiing.

Many of Gross' ads feature the bear reference, including the recently released campaign music video “Bear Doctor.” The bear story comes up in most national articles on Gross, and was featured in a recent segment on MSNBC’s Morning Joe.

In addition to America Rising Corp., the Daily News, the Washington Post and the Alaska Landmine also put requests in for documentation of the incident with state Fish and Game.

On Friday, Fish and Game said it did not find any records responsive to the request, but suggested the inquiring parties file a similar request with the Alaska Department of Public Safety.

The Daily News first inquired about the bear incident on Sept. 14. Campaign spokeswoman Julia Savel said then that Gross did not have a copy of the incident report. On Monday, she said the campaign had recently received the report through a records request.

According to the report, Gross and a man accompanying him, named Jeffrey Jones, shot a sow bear in defense of life or property. Savel said that Gross did shoot it, but was not sure if Jones also shot the bear.