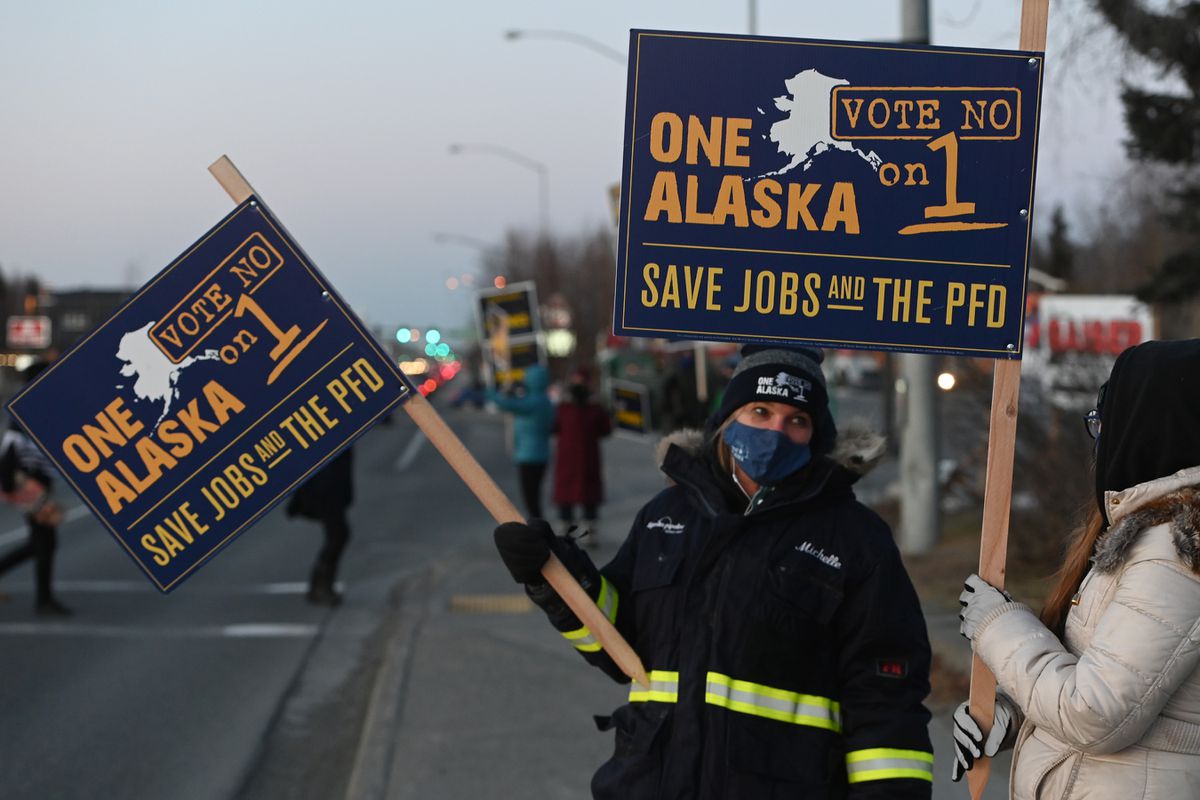 A citizen-led initiative to boost taxes on Alaska’s leading oil producers was trailing at the polls early Wednesday after early election results came in, though the measure’s outcome could remain unclear for days until counting begins on a flood of advance votes.

With 173,712 ballots counted, representing 29% of registered voters, Ballot Measure 1 had received only 35% of the votes counted, compared to 65% for the opposition, results showed as of 10 a.m. Wednesday.

“It looks good but we have a long way to go and we are not declaring victory at this point,” said Kara Moriarty, campaign manager for the leading opposition group, OneAlaska.

David Dunsmore, campaign manager for Vote Yes for Alaska’s Fair Share, the group that proposed the measure, said the group was looking to make up ground as more results rolled in.

“I don’t think we’ll know the final results until next Tuesday,” he said.

Both sides said they were gathered at small meeting areas to analyze results, a change from past election years featuring campaign parties in hotel ballrooms.

If Ballot Measure 1 ultimately fails, the current tax law known as Senate Bill 21 will remain on the books unchanged. Senate Bill 21, passed in 2013, also survived a 2014 citizen-led attempt to repeal it.

Advance ballots, submitted in huge numbers this year during the COVID-19 pandemic, could affect the outcome. By early Tuesday, more than 160,000 Alaskans had already voted absentee or early, according to the Alaska Division of Elections. Of those votes, 37,995 will be included in the Election Day total, and the rest will be counted between Nov. 10 and Nov. 18.

Opponents of Ballot Measure 1, also known as the Fair Share Act, had argued it would hurt the oil industry, the largest source of private-sector revenue in Alaska. That would reduce future oil field investment, jobs and the oil royalties that help seed the $65 billion Alaska Permanent Fund with revenue, they argued.

Robin Brena, an oil and gas attorney in Anchorage and chair of the Vote Yes group, helped write the measure.

The three oil companies, plus BP, provided about 95% of the roughly $24 million raised by opposition groups, primarily OneAlaska and the Alaska Chamber. BP is working to complete the sale of its Alaska assets to Hilcorp.

The Vote Yes Side raised about $1.5 million, with more than $1 million of those campaign contributions provided by Brena, and hundreds of other Alaskans contributing smaller amounts.