Alaska candidates and campaigns expect ‘Election Part 2’ as counting begins for over 156,000 ballots this week 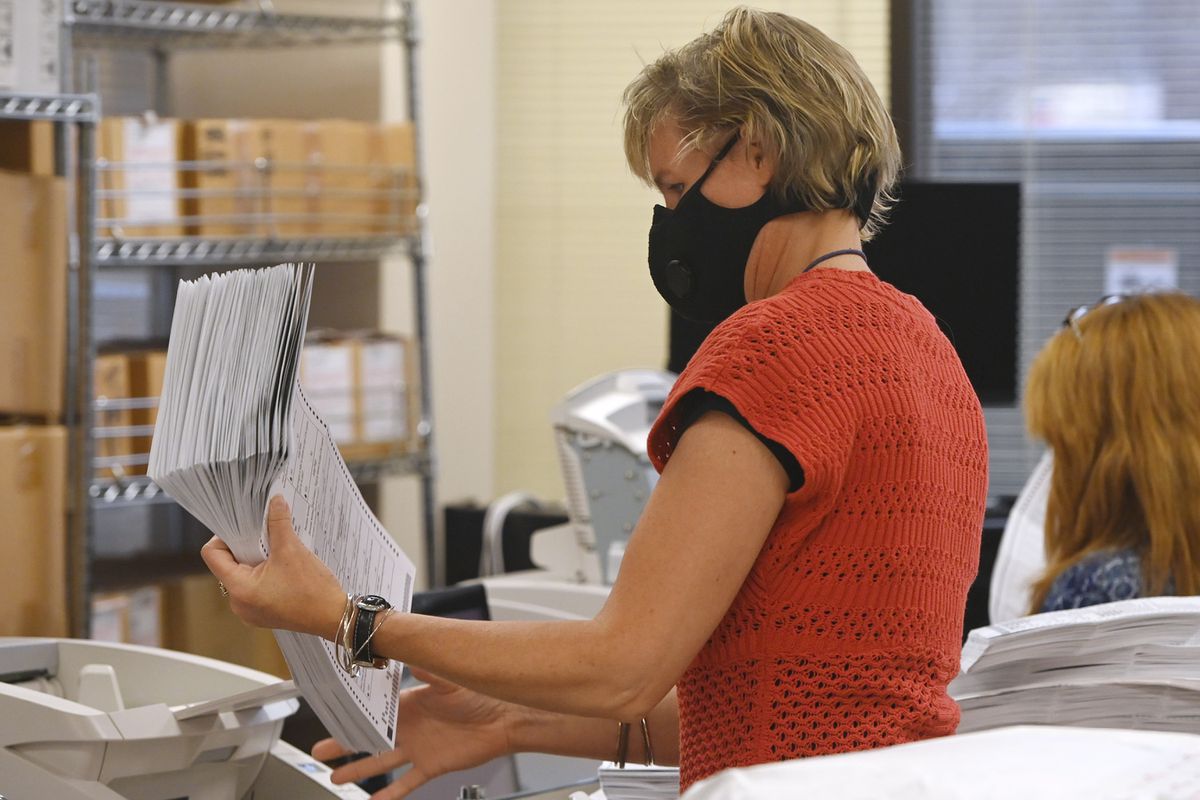 In the week since Election Day, Anchorage Rep. Chris Tuck has been disassembling campaign signs, wrapping them up and getting them ready for storage. Ballot counting this week may determine whether he needs them again.

On Tuesday, the Alaska Division of Elections will begin to count more than 156,000 uncounted ballots from this month’s general election. Those are 45% of all ballots cast in the election, and they will determine who wins Alaska’s races for the presidency, U.S. Congress and the Alaska Legislature, as well as the oil-tax and election-reform ballot measures.

First results will be posted online at 5 p.m., and a second round will be posted when elections workers are done for the day. Not all uncounted ballots will be counted Tuesday; elections officials will announce the schedule for the next round of counting later Tuesday.

Tuck, who represents an Anchorage district in the Alaska House of Representatives, is one of several Democrats trailing a Republican after Election Day voting. But like many of those Democrats, he expects this week’s votes will lean Democratic.

“All the people that voted in person tended to be conservative,” he said. “People who voted absentee were much more liberal.”

In Fairbanks, Democratic Rep. Adam Wool feels the same way despite also trailing. “This is like Election Part 2,” he said.

Democratic optimism extends up the ballot. Democratic-backed independent U.S. Senate candidate Al Gross said on social media Monday that he is “feeling good about where things stand,” though he trails Republican incumbent Dan Sullivan by more than 57,000 votes, or almost 30 percentage points.

Gross would have to win more than more than two-thirds of the uncounted votes in order to take the lead. Most observers consider that unlikely but theoretically possible. Democratic presidential candidate Joe Biden trails President Donald Trump by about the same margin as Gross trails Sullivan.

“You’d have to get probably a 70-30 split. That’s not unheard of. It’s certainly happened nationally in some places,” said Marc Hellenthal, a pollster and political consultant in Anchorage.

Democratic-backed independent U.S. House candidate Alyse Galvin would also have to see that kind of pattern in order to overtake Republican incumbent Rep. Don Young, who leads her by 26 percentage points.

Hellenthal said he expects a 60-40 split in favor of Democrats.

“We had the red wave last week, and tomorrow is the blue wave,” he said.

In Alaska’s August primary election, 60% of late-counted ballots were cast for non-Republican candidates. An Associated Press poll of Alaska found 57% of early or absentee voters here said they were voting for Democratic presidential candidate Joe Biden.

That’s at a statewide level. In individual legislative districts, the split could vary significantly, with implications for state House candidates. The Tuck-Henslee and Wool-McKinley races are thought to be closest. (The state Senate results are expected to hold, with 13 Republicans and 7 Democrats in the Senate.)

Jim Lottsfeldt, a political consultant who traditionally works with Democrats and Democratic-leaning candidates, said he expects something between a 70-30 and 60-40 split of the remaining statewide votes in favor of Democrats.

“The whole country kind of formed two lines. One was to vote by mail and the other was to vote in person. The Republicans are in one line voting in person, and Democrats are in the other,” he said.

Counting is scheduled to continue through Nov. 18, with results announced intermittently until that date. The election is expected to be certified — except for any recounts — on Nov. 25.