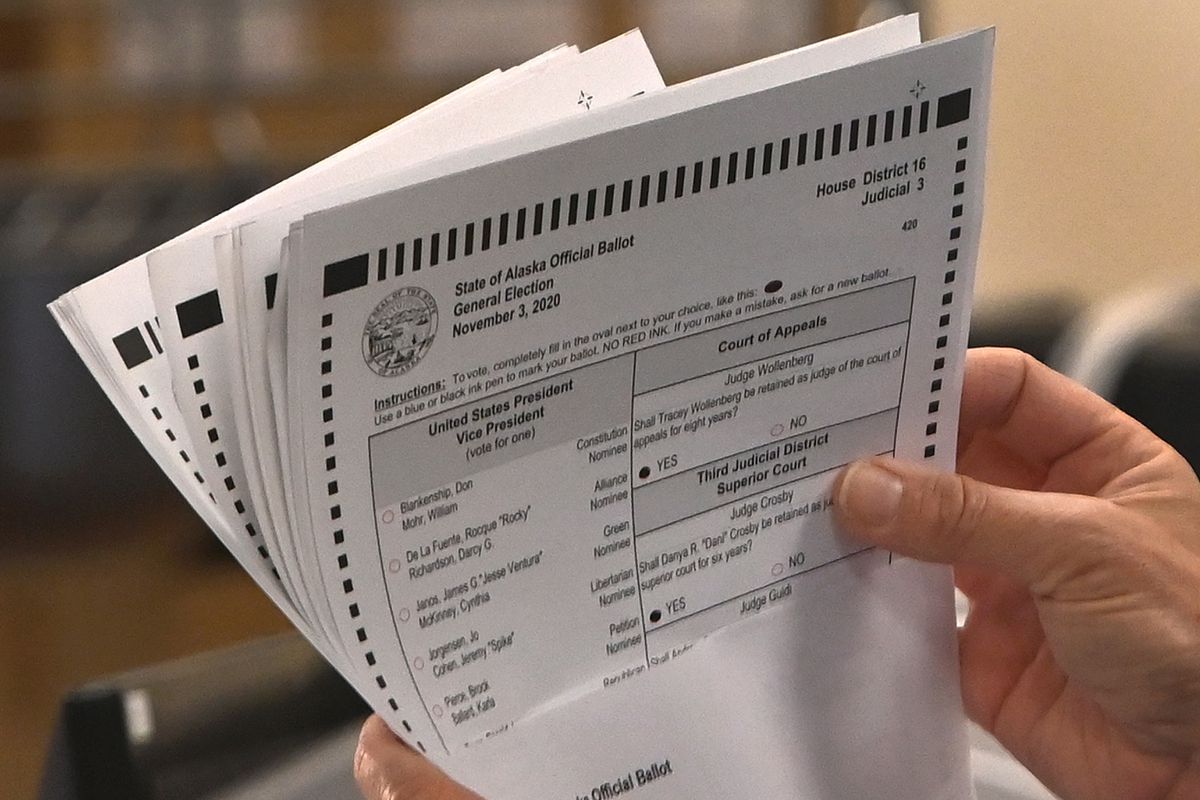 Alaska voters have approved a ballot measure that will make Alaska the second state in the nation to use ranked-choice voting in statewide elections.

With an estimated 99.9% of votes counted statewide, Ballot Measure 2 has received the support of 50.55% of Alaska’s voters, according to results posted Tuesday night by the Alaska Division of Elections. Vote counting will finish Wednesday but is not expected to change the final result. Election officials will spend one week double-checking the result before certifying the election Nov. 25.

“This is a victory for all Alaskans regardless of their political leaning,” said Shea Siegert, campaign manager of the group that supported Ballot Measure 2.

“We now have an electoral system that lives up to Alaska’s independent streak by saying ‘to hell with politics, let’s do what is right for Alaska,'” he said in a prepared statement, referring to a line often attributed to former U.S. Sen. Ted Stevens.

Starting with the 2022 election, the measure will merge the state’s two primary elections into one, and the top four vote-getters regardless of political party will advance to the general election. Some states have so-called “top two” primaries. Alaska will be the only state with a “top four” primary.

In the general election, voters will be asked to rank the four candidates in order of preference. Maine already uses that system. Ranked-choice voting would apply to legislative races, and all statewide races, including governor, U.S. Senate and U.S. House. The 2024 presidential race will also be ranked-choice but is not subject to the top-four primary.

The measure does not apply to city and borough elections.

A provision intended to fight “dark money” will require greater financial disclosure by groups giving money to candidates in state legislative races and in the governor’s race.

The measure would take effect before the 2022 election if Alaska needs a special election to fill a vacant office.

Brett Huber, campaign manager of the leading vote-no group, said his team “had a short amount of time and a lot less money, and we tried our best.”

[Earlier coverage: Ballot Measure 2 would change the way Alaskans vote for statewide candidates and those running for the Legislature. Here’s how.]

Ballot Measure 2 supporters spent nearly $7 million and campaigned for a year and a half ahead of the election. Opponents raised less than 10% of that total and started formal opposition in fall 2020. (Separate groups, including the Alaska Policy Forum, conducted campaigns against ranked-choice voting before that.)

“This is a huge change, and I don’t think people have wrapped their mind around how big a change this is yet,” Huber said.

Opponents and proponents expect the measure will face legal challenges. The Alaska Legislature could also amend some aspects.

Scott Kendall, an attorney who wrote much of the measure, said backers intend to work through the 2022 election on an educational campaign to inform Alaskans about the changes and to prepare them for the new-look voting system.

Ballot Measure 2 trailed on Election Day, but by smaller margins than Democratic candidates and progressive independents. As absentee, questioned and early votes were counted in subsequent days, “yes” overtook “no”.

In Massachusetts, a statewide ranked-choice measure was defeated by a wide margin. Huber said the difference in Alaska was the “dark money" provision, which was popular and advertised heavily by supporters.

Kendall said he thinks Alaskans' reputation for independence was the difference.

“As independent as Alaska is, this is something we’ve perhaps never seen before,” he said. “We couldn’t have won without substantial support from Republicans and Democrats, too. This is a coalition of Alaskans who are putting results above party.”