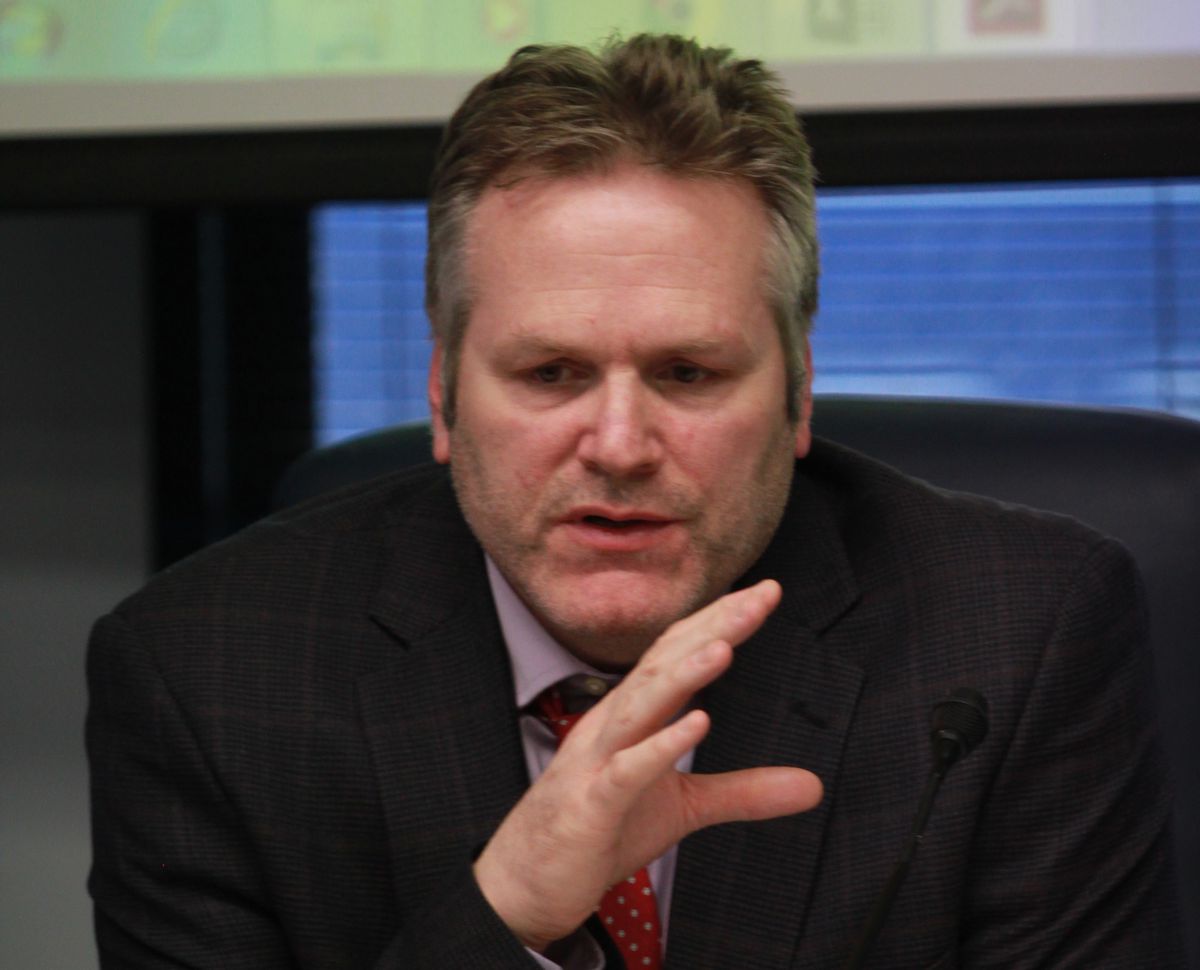 The Senate Committee on Committees, chaired by Senate President Pete Kelly, R-Fairbanks, held a brief meeting Tuesday to give Dunleavy's seat on the key finance committee to Palmer Republican Sen. Shelley Hughes. The meeting was barely announced, posted a few hours beforehand on the Legislature's website, with no announcement to the news media.

Hughes, like Dunleavy, is a member of the Mat-Su delegation.

Dunleavy is also expected to be stripped of some of his six staff members, though he said he wouldn't learn how many until Wednesday morning.

Dunleavy took an initial vote against the Senate's budget last week, though he ultimately voted for the bill on reconsideration — a move he said was accidental. His first vote broke one of the primary rules of the majority caucus, which requires members to vote for the budget that they help craft.

While the Senate's budget makes significant cuts to schools, the state university system and the state health department, Dunleavy said he couldn't vote for a budget without even deeper reductions.

In March 2015, another conservative Republican, Rep. Lora Reinbold of Eagle River, voted against the budget for the same reason and was kicked out of the House majority caucus. After spending the rest of 2015 and 2016 as a caucus of one, she returned to the House Republicans this year, though the caucus itself is now a minority opposition and has no committee chairmanships.

Dunleavy said in a brief interview Tuesday that he wasn't surprised to lose his finance seat or his chairmanship.

"I knew what the ramifications were of my decision," he said. "There's no animosity."

Kelly, in a prepared statement, said Dunleavy will remain a "friend and colleague" even though his committee positions have changed.