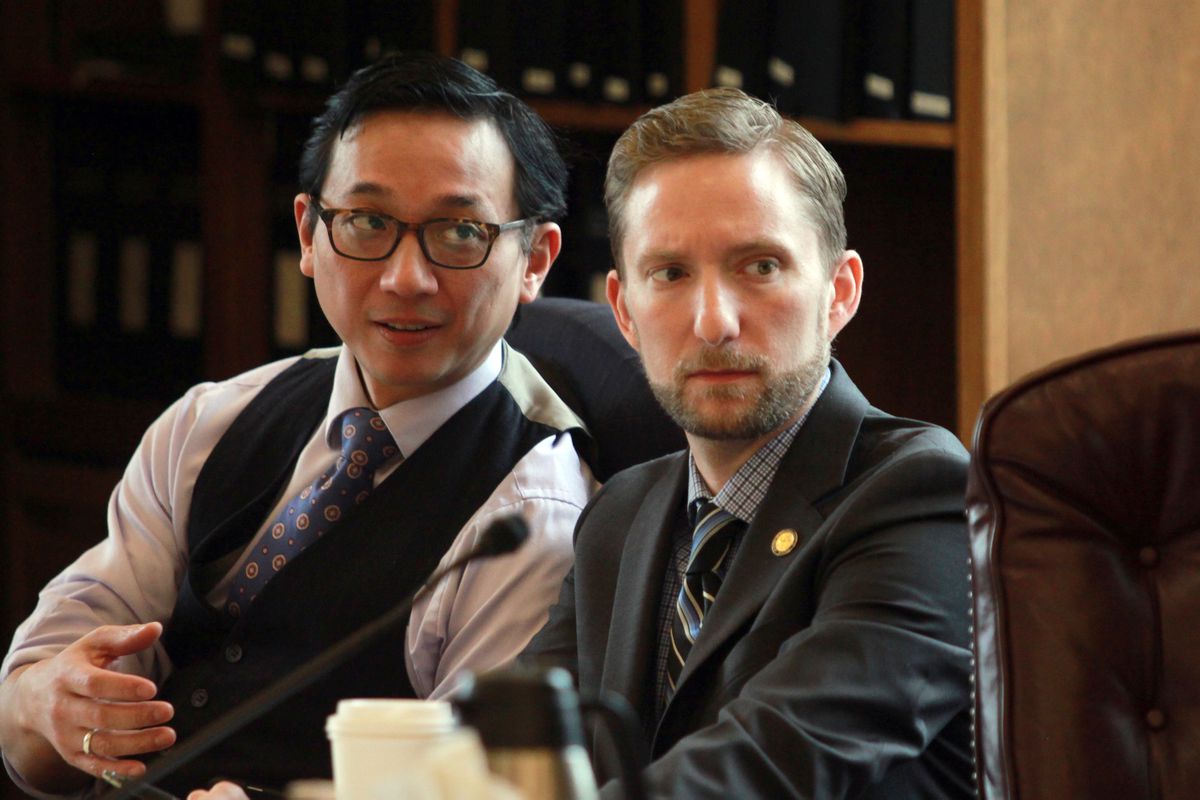 Kawasaki hasn't declared his own candidacy. But another Democrat, Fairbanks borough Assembly member Kathryn Dodge, has filed to run in next year's legislative election and says she intends to seek Kawasaki's House seat — and doesn't expect to be running against him.

Kawasaki said in a phone interview that he's focusing on finishing this year's legislative business, which is now in its fifth month. But he acknowledged discussing "the potential for me to bow out of my House seat" with Dodge, whom Kawasaki described as "a great political leader here in town."

"We've been talking about it for several months and she's made plans," Kawasaki said. "My plans are still that I would like to see Pete Kelly beat."

A third man, P.J. Simon — a plumber turned Alaska Native leader — said he'd be filing his own paperwork later this week to run for the seat as an independent.

Simon is from the Koyukuk River village of Allakaket, where he's still a tribal chief. But he's lived in Kelly's district for the past two years, he said in a phone interview Tuesday.

Simon, an Athabascan Indian, is vice chair of the board of Doyon, the Fairbanks-based regional Alaska Native corporation, and is secretary-treasurer of the Tanana Chiefs Conference, the Interior tribal consortium.

"I feel I have something to add to the people, to Alaska," Simon said. "I'm going to put my heart and energy into this and I have a mission: quality education."

Kelly's district appears to be slightly friendlier territory for Democrats than the Fairbanks Senate district that wraps around to the north.

That district saw a high-profile campaign last year between Democratic challenger Luke Hopkins, a former Fairbanks borough mayor, and incumbent Republican John Coghill of North Pole, who won with 53 percent of the vote.

About 52 percent of the registered voters in both Senate districts are either nonpartisan or undeclared. But Kelly's district has more Democrats, at about 16 percent to 12 percent on Coghill's turf, and fewer Republicans, at 27 percent compared to 31 percent.

The idea that Kawasaki could run against Kelly came as no surprise to Tuckerman Babcock, the state GOP chairman.

Babcock argued that Kawasaki would have an "uphill battle" if he runs against Kelly in what the GOP chairman described as a "Republican-favored district."

And Babcock said such a campaign could end up being a referendum on the ideas currently under debate in the state Legislature.

Kawasaki's largely Democratic House majority coalition has been pushing for an income tax as one way to help fix the state's massive deficit; Kelly has declared the Republican-controlled Senate to be "the only thing standing between you and an income tax."

"Scott Kawasaki is a very personable candidate, and it'll be a perfect race between an income tax or no income tax," Babcock said.