Walker bill would put inmates back to work in prisons 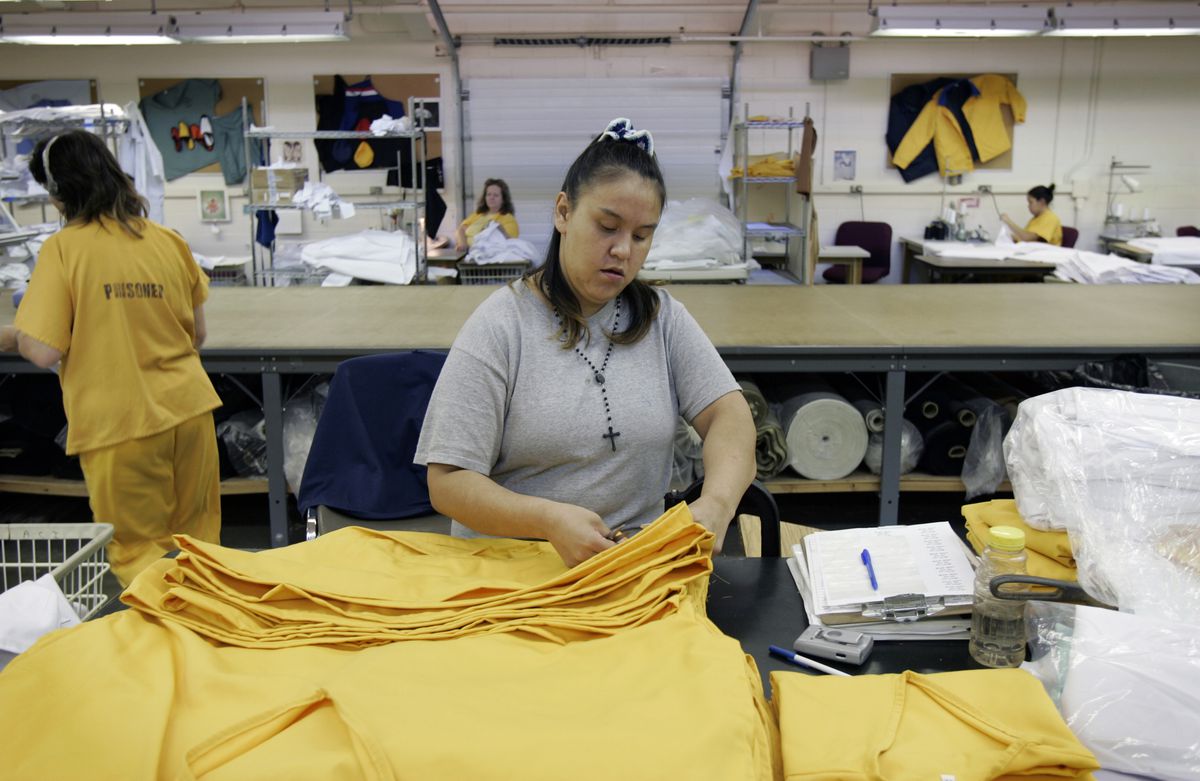 Inmates in Eagle River used to sew the yellow scrubs prisoners wear. On the Kenai Peninsula, prisoners made ergonomic furniture for state office buildings. In Juneau, inmates laundered linens for every state ferry. At one time, maximum-security inmates in Seward made wooden caskets.

Alaska's once-robust prisoner industries programs began to wither in the late 2000s and shut down around 2010, according to news reports. The state said they were no longer financially self-sustaining.

But inmates at Alaska prisons could go back to work if a bill introduced last week in the Legislature to restart the state's prison industries program becomes law.

With only a month left in the session for lawmakers, the legislation from Gov. Bill Walker is unlikely to move past a debate in committee. But it represents the biggest push yet to restart the prison industries program in the state, said Alaska Department of Corrections Commissioner Dean Williams.

Nearly every state has a prison industry program of some kind, and many go far beyond inmate-made license plates. In Nevada, inmates train wild horses brought in by the Bureau of Land Management. In Iowa, inmates transcribe print materials into Braille.

Williams said prison industries offer inmates something productive to do. On a summer tour of Norwegian prisons with prison officials and legislators, he said he was struck by the way working inmates seemed to have a sense of purpose — and fewer behavioral problems.

"I view it as a way to even improve facility safety," he said.

The shop made everything from socks to uniforms for Alaska Marine Highway System employees. It even had some private contracts, manufacturing items like chef coats and aprons used in some of Anchorage's fanciest restaurants.

The women who worked there wanted to keep busy while serving their sentences, Kochendorfer said. Some learned skills that led to good jobs outside prison.

One woman who served nine years for armed robbery became a skilled sewer in the shop, got out and was hired on the spot by a tent and tarp sewing business in Fairbanks, Kochendorfer said. Within six months, she was a supervisor.

"It gave her so much self-worth and confidence," she said.

The state of Alaska killed the program through mismanagement, Kochendorfer said.

"The state of Alaska does not run as a business," she said. "The last six, seven years, prison industries went down the tubes. The commissioners didn't care. It just wasn't a priority for them."

When her sewing shop closed, she says the specialized equipment languished outside in Conexes for years and was eventually sold off for a fraction of what it was worth. Today, inmates in Washington state make the yellow and orange jumpsuits that Alaska prisoners wear.

Kochendorfer is skeptical that the administration can resurrect prison industries.

"If they want to start that up again, they best have a lot of money because the equipment has not come down in cost," she said. "The equipment they do have is antiquated."

If prison industries do return, they need to be run as a business, Kochendorfer said.

"For inmates, starting wages are 35 cents an hour. Now we're competing with China or India. But is the state going to support it or are they going to fight it all the way?" she said.

Williams says he is aware that the cash-strapped state government is unlikely to devote much money to getting prison industries up and running again. House Bill 402 only asks for the money to convene a board that would have jurisdiction over prison industries, a cost of about $6,200 for travel expenses.

The idea would be to use equipment the DOC already has, and to make the industries self-sufficient by selling the goods and services produced. But "some things might require a small infusion of capital cash to repair some equipment," he said.

The inmates would opt in to the program and be paid a wage. The proposed law would require wages to go first to supporting an inmate's dependents, paying off restitution fees and some costs of imprisonment before the worker could keep any of their nominal paycheck.

He'd like to start with inmates at Spring Creek Correctional Center in Seward, some of whom have specialized woodworking training from the last iteration of prison industries. He'd like to see them selling high-end furniture in retail stores in Alaska.

"It would be a small niche market," he said.

The biggest idea would be starting a large-scale flash-freezing facility that the DOC-owned Point Mackenzie farm could use, as well as local farmers.

"Most farmers only have a fresh produce market," Williams said. "This could help create a flash-frozen secondary market for farmers."

"The goal here is to only go after activities that are going to complement private enterprise," he said.

Are license plates next? Don't rule it out.

"I don't plan on making license plates, but I wouldn't be against it," Williams said. "With some irony, we have some pretty fancy metal-bending equipment."