In Anchorage, Gov. Dunleavy’s proposed budget may mean a boost in property taxes. Here’s why. 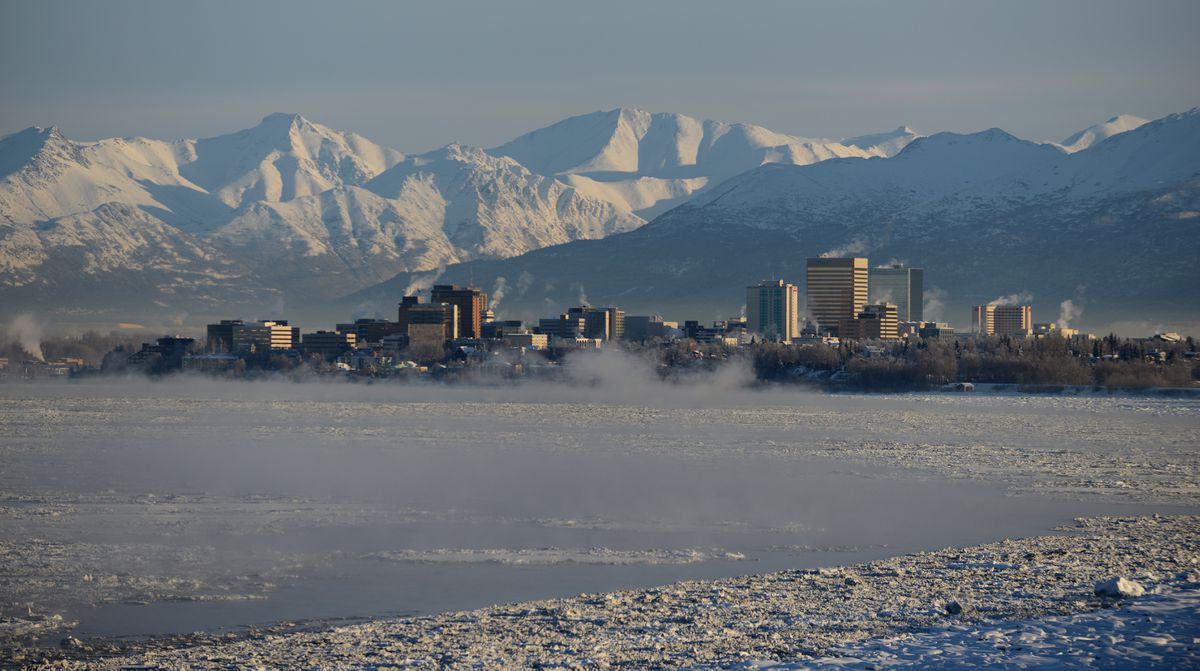 JUNEAU — Gov. Mike Dunleavy said his goal was to balance the state’s budget and pay a larger Permanent Fund dividend without new taxes on state residents. Now, lawmakers and municipal officials are warning that the governor’s plan passes so many costs to local governments that local tax increases may be unavoidable.

“This is the largest transfer of debt burden in the history of the state, from state to local government,” said Rep. Chuck Kopp, R-Anchorage.

“I think the big takeaway is that there are certain things that are being proposed that aren’t really cuts. They’re cost-shifts, and people will see an increase in property taxes as a result,” said Jason Bockenstedt, deputy chief of staff for Anchorage Mayor Ethan Berkowitz.

Just to meet the financial effects of one of the governor’s deficit-fixing bills would cost the average Anchorage homeowner an additional $400 to $500 on his or her property tax bill, Bockenstedt said. That figure is based on a $350,000 house.

“There are other costs we’re trying to figure out,” he added.

When the governor entered office, he set out to confront a $1.6 billion budget deficit. Some of that deficit came from lower oil prices, some from rising government expenses, and some from the larger Permanent Fund dividend proposed by the governor.

To erase the deficit, the governor approached the budget as a “mathematical issue” and focused on making revenues match expenditures on the state’s balance sheets.

That has left lawmakers and others with the task of figuring out what the governor’s budget would mean on the ground for Alaskans. Various state economists are scheduled to testify in front of the Legislature this week, and groups such as the Alaska Municipal League are offering their own analyses.

One performed by the nonpartisan Legislative Research Service at the request of Sen. Bill Wielechowski, D-Anchorage, indicated Anchorage’s property taxpayers would need to pay 25 percent more if they wanted to keep education funding stable amid the state cuts.

Using the median Anchorage home price, that would be an increase of more than $1,400 — more than Dunleavy’s proposed increase to the Permanent Fund dividend.

But that figure, like some others released so far, is misleading. Anchorage already has the highest local contribution to schools allowed by law, and in the Muncipality of Anchorage, a tax cap prevents the Anchorage Assembly from passing the buck on most state budget cuts.

More than half of the state’s boroughs have similar limitations.

According to the annual report that tracks local taxes, 15 of the state’s 19 boroughs levy property taxes, and 10 are like Anchorage: They have some kind of revenue cap or rate cap that will restrict the local government from simply raising tax rates to compensate for any significant state budget cuts.

Each of those caps is calculated differently, and each local government may act differently to the governor’s cuts, meaning that the governor’s budget means something different to a property taxpayer in Sand Point and one in Sand Lake.

[At hearing, Anchorage residents call on lawmakers for an income tax in wake of Dunleavy budget cuts]

In the Municipality of Anchorage, the largest effect to property taxpayers may come from the governor’s proposed changes to state aid for school construction and renovation. Since 1970, the state has paid a significant portion — between 60 percent and 100 percent, depending on the project — of the debt that boroughs and cities have accumulated for school construction.

Dunleavy proposes eliminating that aid and passing responsibility for all $1.14 billion in school debt statewide, according to figures from the state’s annual debt report. Doing so would save the state more than $107 million per year.

The Municipality of Anchorage has almost half the school debt in the state, which means it is disproportionally affected by the end of state aid. The municipality’s debt payments under the Dunleavy plan would rise by $41.1 million next year, according to figures from the Anchorage School District.

Anchorage’s tax cap allows debt responsibilities to be passed on to property taxpayers, said municipal office of management and budget director Lance Wilber. Debt is one of five reasons the tax cap can rise, according to municipal code.

The governor has also proposed diverting a shared oil/gas property tax entirely to the state. That tax is currently shared with municipalities, but sending it entirely to the state would cut the deficit by $420 million — albeit at the cost of taking that money from cities and boroughs.

“Anchorage gets about $2.6 million, $2.7 million a year” from that tax, Bockenstedt said, which means the municipality’s other property taxpayers would have to make up the difference.

In both cases, the Assembly could cut the local budget to compensate for the lost revenue, but Bockenstedt said that would be difficult because the city would also be dealing with less support from the state. Things like grants to social service organizations could go away, leading to more demand on the Anchorage Police Department and the Anchorage Fire Department as homeless and poor residents are pushed closer to an emergency, Bockenstedt said.

The governor’s budget is subject to modification and requires the approval of the Alaska House and Senate before becoming law. Senate President Cathy Giessel, R-Anchorage and Speaker of the House Bryce Edgmon, I-Dillingham, each said it appears the Legislature will settle on a larger budget than proposed by governor but smaller than the one approved by lawmakers last year.

It will take months to work out the details, but House Minority Leader Lance Pruitt, R-Anchorage, said Anchorage residents shouldn’t take the Legislature’s willingness to change the governor’s budget as a sign that nothing will change at the local level.

“This isn’t just a state government challenge. This is a statewide challenge, and that includes everyone. Municipalities are included,” he said.