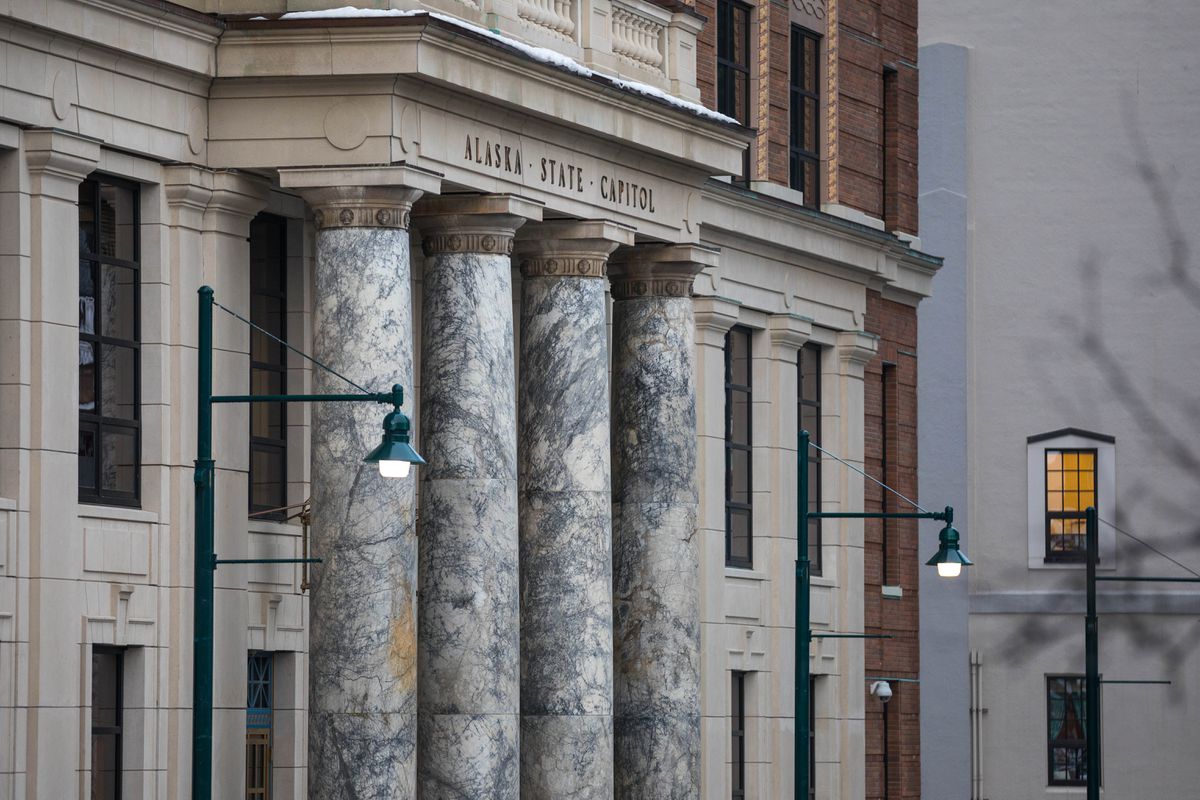 JUNEAU — Leaders of the Alaska Senate and the Alaska House of Representatives said Friday it appears there is growing support for state budget proposals that include fewer cuts than proposed by Gov. Mike Dunleavy in February.

Dunleavy’s plan to address a $1.6 billion deficit without new taxes or cuts to the Permanent Fund dividend has drawn opposition from supporters of the state’s public education system and state residents who use government services.

The governor’s proposal must be approved by the legislature to become law, but Senate President Cathy Giessel, R-Anchorage, and Speaker of the House Bryce Edgmon, I-Dillingham, say that lawmakers in each body are considering smaller cuts to the state budget, even if the Permanent Fund dividend must be reduced in response.

“We are going to cut the budget, but it’s going to look different from what’s been proposed by the governor,” said Rep. Chuck Kopp, R-Anchorage and chairman of the House Rules Committee.

“It’s going to be a flat budget at best, with preferably some cuts,” he said.

[In public testimony, a surge of support for cuts — to the Permanent Fund dividend]

Among the first components of the governor’s budget to be rejected are his proposals to divert a shared petroleum property tax from municipalities to the state.

Senate Bill 57 would close the state’s deficit by as much as $420 million, but cities and boroughs from Valdez to the North Slope would be starved of revenue.

“Among our members, I don’t even know one person who supports it at this point,” Giessel said. “I don’t see a lot of support for it at this time.”

Support is lacking for a similar proposal to redistribute shared fisheries taxes, an act that would affect coastal communities statewide.

Alone, rejecting SB 57 means substantial changes to the governor’s proposal, but Foster said the House is going farther, preferring to base its new budget on the one passed by the lawmakers last year, rather than the new look preferred by the governor.

Lawmakers’ reluctance to follow the governor’s plan may be borne as much from necessity as desire: Friday was the 46th day of the legislative session, and the governor has not yet introduced all of the legislation underpinning his budget proposal. In addition, some of the governor’s budgetary plans — particularly his cuts to Medicaid services — will require months or years to implement.

“If we don’t even have the legislation to come before us, it’s going to put us back,” Foster said.

[Measure seeks to move legislative sessions from Juneau to Anchorage]

The constitutional limit of the legislative session is May 15, and the drop-dead deadline is June 30. The state’s fiscal year begins July 1, and if lawmakers and the governor are unable to agree upon a budget by then, the state government could shut down.

Giessel did not offer an opinion on the size of the budget but said Sen. Natasha von Imhof, R-Anchorage, has repeatedly discussed how reducing the Permanent Fund dividend shrinks Dunleavy’s projected deficit because more money from the Alaska Permanent Fund can be used to cover the deficit.

In a Feb. 21 Senate Finance Committee hearing, von Imhof said, “I keep hearing the administration referring to this ‘fiscal crisis.’ We don’t have a fiscal crisis. We have a priority crisis. We have enough money to pay for a certain level of government services, and a certain level for a dividend. We just don’t have enough money to pay for both at the highest level desired.”

Talking Friday, Giessel referred to the Permanent Fund spending limits approved last year by the legislature, which are formally known as the “percent of market value” approach.

“Sen. von Imhof has pointed out ... that if we were to maintain the (Permanent Fund percent of market value) approach and that Permanent Fund check were more like $1,500, the gap is only now about $300 million,” Giessel said.

Using the Constitutional Budget Reserve to fill that remaining gap is “definitely doable,” Giessel said, even if it isn’t preferred.

Staff for von Imhof said the gap is $300 million only if $350 million in budget cuts are also made. Von Imhof is scheduled to present her numbers at a series of public meetings in Anchorage.

Giessel said she listened to a session of public testimony Thursday night in which dozens of Alaskans urged the legislature to preserve education funding, even if it means reducing dividend payments, and it may indicate momentum for von Imhof’s approach.

“After last night, there may be gathering support in the public for that,” she said.