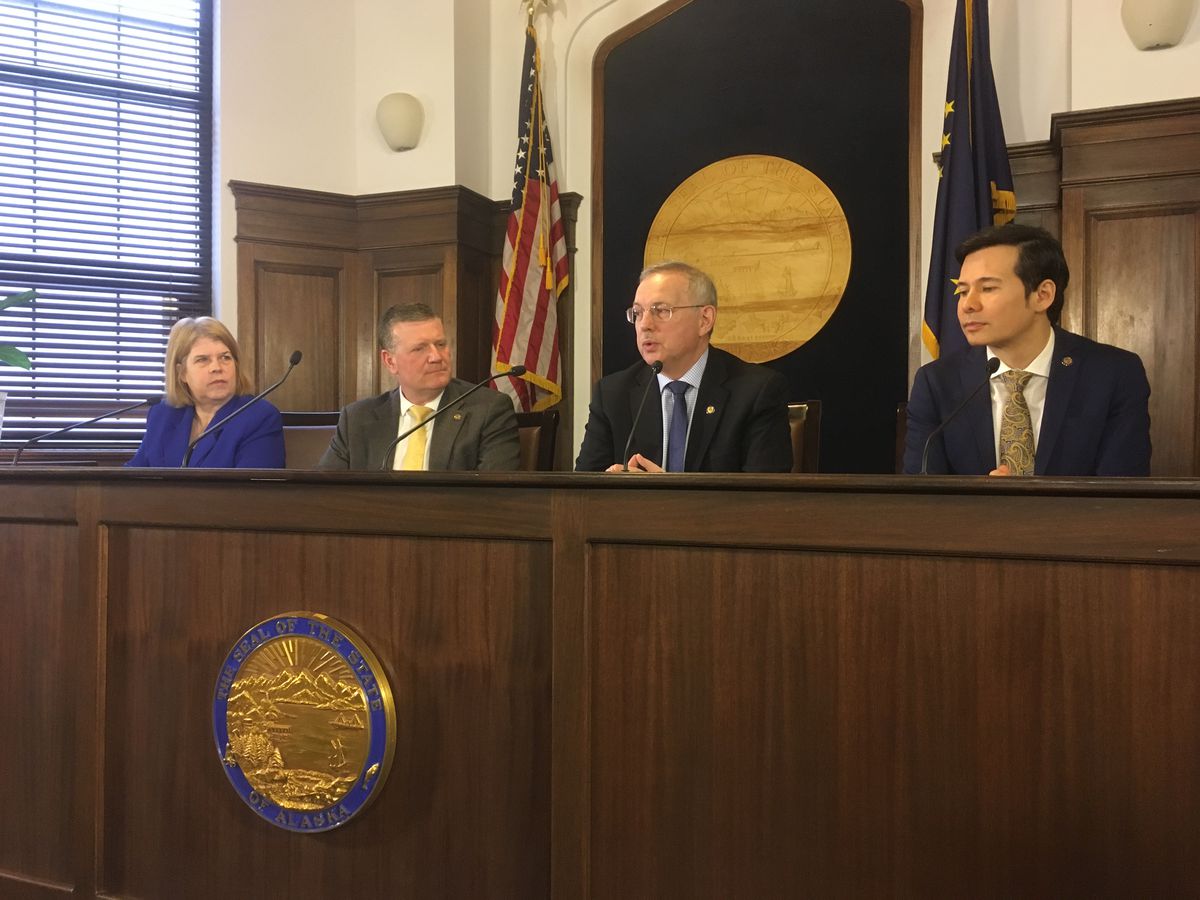 JUNEAU — Despite a late start to the budget process, Alaska lawmakers say they remain on track to adjourn in mid-May, at the constitutional 121-day limit of the legislative session.

What remains unknown is whether a budget veto or request for action by Gov. Mike Dunleavy will draw them into special session.

Speaking to reporters Friday morning, Speaker of the House Bryce Edgmon said the House, Senate and “all interested stakeholders (are) moving toward a timely adjournment on May 15.”

That would put the session’s end near the constitutional 121-day limit.

In 2006, voters approved a ballot measure calling for a 90-day session. That limit was put into state law, but state law cannot bind the Legislature; only the state constitution and the Legislature’s own rules can do so. The 90-day rule has been followed only twice (in 2009 and 2013).

This week, the Senate Finance Committee will begin debating the $10.29 billion state operating budget approved by the House of Representatives. Finance committee co-chair Sen. Natasha von Imhof told reporters Friday morning that the expectation is for the Senate’s budget subcommittees to close out their department-level budgets by Thursday. At the same time, the full finance committee will examine the House budget and apply the Senate’s department-level figures, creating a Senate budget with additional cuts.

“We anticipate bringing in a smaller budget,” said Sen. Bert Stedman, R-Sitka and the other co-chair of the finance committee, in a Thursday interview.

Unlike the House budget, the Senate budget will include an amount for the Permanent Fund dividend, von Imhof said Friday morning, referring to the dividend as the state’s “18th agency.”

Lawmakers are expected to take a long weekend for the Easter holiday — many are already scheduled to fly home late Thursday or early Friday.

Von Imhof said she expects that in the week after Easter, the finance committee will consider amendments to the Senate version of the budget.

“That may take the whole week and may go into the last two days in April,” she said of the process. “(The budget) will go to the (Senate) floor on or about that first week of May. That’s as far as I can commit.”

In the House, leaders of the coalition majority said Friday morning that attention will turn to crime-fighting legislation now that the House has finalized its budget plan.

“The focus in the next week or so — or perhaps a little longer — will be on public safety,” Edgmon said.

House Rules Committee chairman Rep. Chuck Kopp, R-Anchorage, said the House Judiciary Committee will be meeting at least once daily to deal with legislation proposed by the governor and lawmakers.

Rep. Tammie Wilson, R-North Pole and co-chair of the House Finance Committee, said her committee will be examining separate legislation setting the amount of the Permanent Fund dividend, though whether that is superseded by the Senate’s budget work remains to be seen.

Next week, the House and Senate will meet for a joint session starting at 11:30 a.m. Wednesday to confirm the governor’s appointments to boards, commissions and his cabinet.

Several lawmakers said the governor’s appointment to lead the Department of Public Safety, Amanda Price, could lack the votes for confirmation following accusations of plagiarism and chronic absenteeism during her time as a policy adviser to former Gov. Bill Walker. Some of Price’s former coworkers dispute those accusations.

Asked about the governor’s cabinet picks, Edgmon said there is a natural deference among lawmakers to allow the governor to pick his own team of advisers. He added that Board of Fisheries confirmations are always contentious.

Questioned about Price specifically, Kopp said, “She is going to get a very fair hearing, a very fair process, and there’s no pre-formed conclusions.”