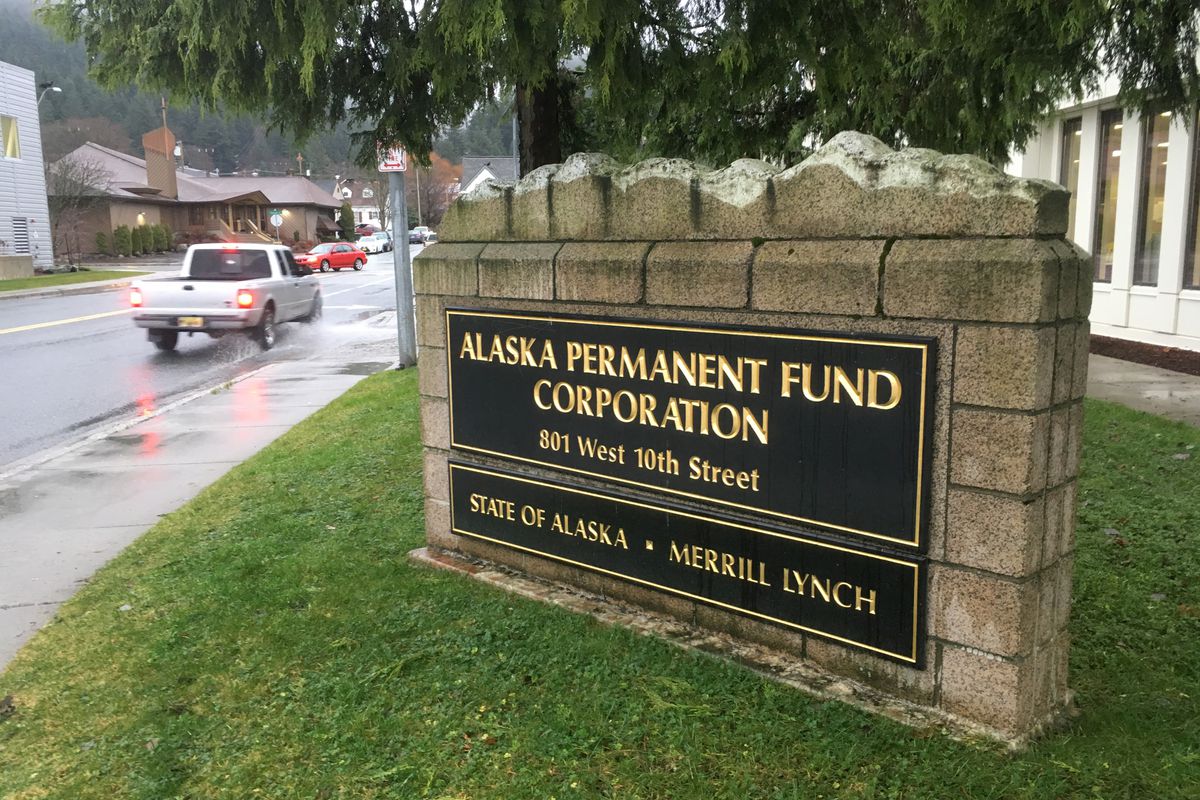 Two weeks ago, the Alaska Senate voted to put $14 billion into the constitutionally protected portion of the Alaska Permanent Fund. On Monday, the Alaska House Finance Committee approved a smaller, $8 billion deposit.

If either move is approved by the Legislature, it would be the largest single appropriation in state history.

The decision won’t significantly affect this year’s budget or this year’s Permanent Fund dividend, but it may have major effects on future dividends and future budgets. In the final week of the regular session, the debate about this line item may matter more for the future of Alaska than anything else on the Legislature’s agenda this year.

Only partially. As of March 31, according to the latest available financial statement, the Permanent Fund had about $65 billion. Of that, $40 billion was in the corpus, protected under the Alaska Constitution from spending unless approved in a statewide vote.

“At any time, this Legislature can draw from the earnings reserve with a basic majority vote. Then the Permanent Fund has to respond to that and find the cash,” said Rep. Jennifer Johnston, R-Anchorage, in a Monday hearing of the House Finance Committee.

Until last year, the Legislature’s ability to spend from the earnings reserve was only used to pay the annual Permanent Fund dividend (and a few other small items).

Why is the Legislature discussing this now?

Sen. Bert Stedman, the Sitka Republican who proposed the $14 billion deposit with an amendment in the Senate Finance Committee, is among the lawmakers who fears the Legislature is about to begin spending unsustainably from the earnings reserve.

“The vast majority of that money will be spent by the Legislature over the next several years rather than deal with the hard decisions we have to make,” Stedman said.

The law didn’t change the Permanent Fund dividend formula, and when Gov. Mike Dunleavy was elected in November, he vowed to back a “full” dividend paid using that formula. To balance the state’s budget without new taxes or spending from savings, he suggested big budget cuts.

Lawmakers have accepted some of those cuts, but not enough to pay both a statutory dividend and cover the deficit without spending from savings.

Lawmakers could spend from the earnings reserve (breaking last year’s law) to cover the deficit this year, or they could literally buy one more year with money remaining in the state’s Constitutional Budget Reserve.

Speaking in an interview Tuesday, Stedman said even if lawmakers choose the budget reserve, they’ll only defer the same choice one year.

“We have to change course, or the expenditures are going to be targeted directly at the Permanent Fund’s earnings reserve,” he said.

By moving money from the earnings reserve to the corpus, lawmakers can’t spend it without voter approval.

What is the downside?

In addition to funding dividends and (since last year) part of state government, the earnings reserve acts as a “shock absorber” for the Alaska Permanent Fund.

When investments drop, the earnings reserve — not the corpus — absorbs much of the the loss. That keeps the value of the constitutionally protected portion of the fund more stable than it would be otherwise.

“Yes, there is that potential,” Rep. Jonathan Kreiss-Tomkins, D-Sitka, told the House Finance Committee on Monday.

He went on to explain that potential exists even now, if the Permanent Fund’s investments were to decline fast enough.

"To some extent there will always be that potential so long as we have a Permanent Fund that is structured with an earnings reserve account,” he said.

Kreiss-Tomkins has suggested a more modest transfer than Stedman. Moving $8 billion would leave four years’ worth of reserves (at expected levels of state spending) in the earnings reserve.

Rep. Ben Carpenter, R-Nikiski, said there’s a flaw with that approach: “There is no long-term fiscal plan. We’re just swinging at a best guess right now."

Rep. Cathy Tilton, R-Wasilla, cast one of two no votes against Kreiss-Tomkins’ plan in the finance committee. She said lawmakers agree there should be some transfer, but many disagree about the right amount to transfer.

How likely is it that the earnings reserve will run out?

It’s come close before. During the Great Recession, the earnings reserve dropped from $5.3 billion to $420 million in a single year, and in 2009 it wasn’t clear until June whether the account would have enough money to pay that year’s dividend. In 2003, the earnings reserve dropped to $100 million, and it slumped to that level in the late 1990s as well, though the Permanent Fund overall was much smaller then.

In April, Kreiss-Tomkins presented the House Finance Committee with a hypothetical three-year “bear market" in which the Permanent Fund earns only 3% returns instead of its projected 6.55%.

Stedman said it is “theoretically possible, in practicality, unlikely” that the earnings reserve will run out of money with his transfer.

Kreiss-Tomkins has a different opinion. Predicting the future is hard, he said.

“There’s always the risk that it will zero out and bottom out,” he said.

“It encourages the Legislature to have an earnest discussion on getting to a solution,” Stedman said of his concept.

“I think we are all on board that we want to protect the Permanent Fund for our future generations," said Rep. Dan Ortiz, I-Ketchikan, on Monday. “If that’s our priority, and the priority is to distribute a PFD … we need to be moving towards merging the two funds together and limiting ourselves to a draw constitutionally, and that’s where the fiscal plan starts.”

Doing so would require one or more constitutional amendments, and thus voter approval in the next general election.

“It’d be nice to end up at the end of the next general election,” Stedman said.