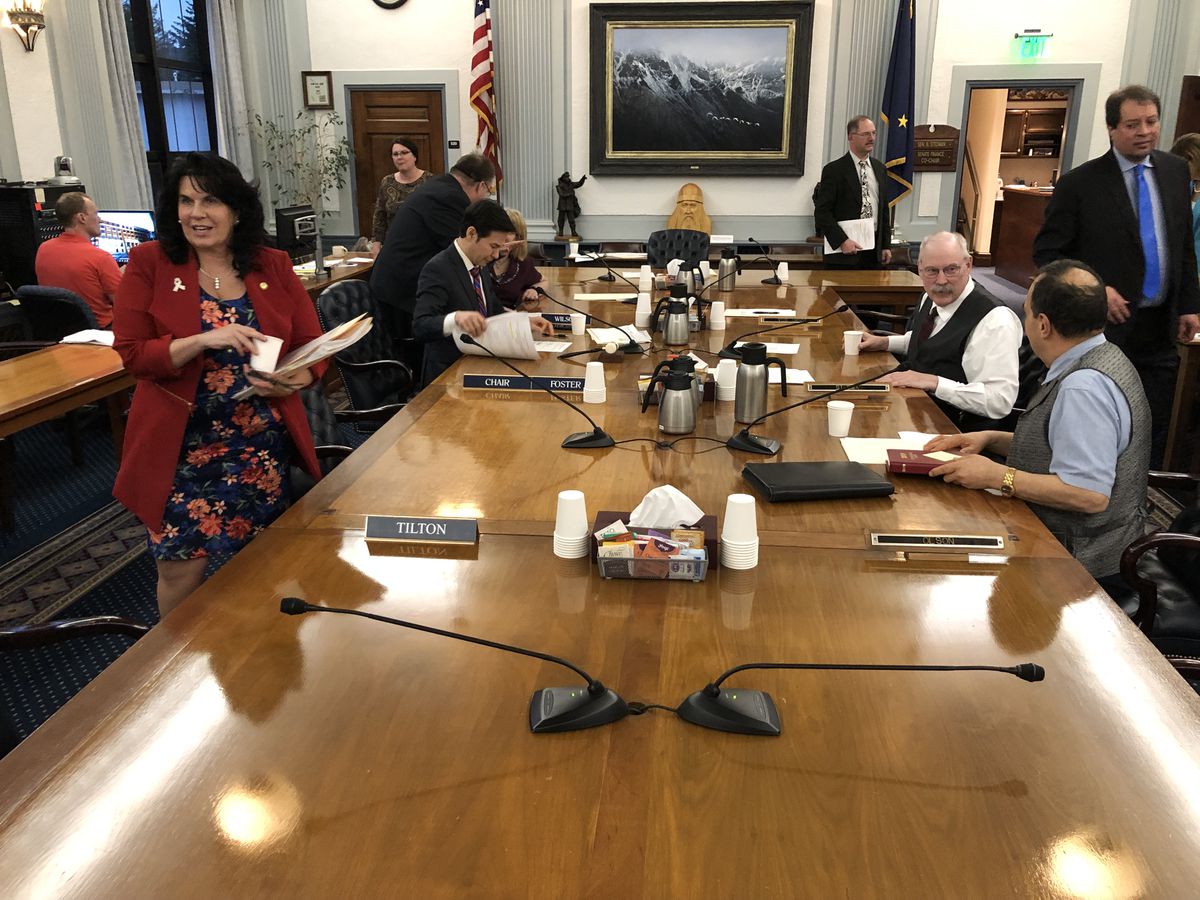 In a unanimous vote, the six members of the joint House-Senate budget conference committee agreed to hold K-12 schools to no cuts in the 2021-22 school year. The budget language behind that vote is the same as wording the governor and Attorney General Kevin Clarkson have decried as illegal.

Rep. Tammie Wilson, R-North Pole, spoke in favor of the funding for schools.

“For me, it’s not about what the governor will or won’t do,” she said. “It’s about a promise to the (school) districts.”

Wednesday is the 121st day of the legislative session, and midnight Wednesday will mark the constitutional limit of the regular session. The Legislature’s rules require a completed operating budget to be in lawmakers’ hands for 24 hours before a vote takes place, and the operating budget was not finished Tuesday night.

Asked about the chances that the Legislature will finish on time, Rep. Neal Foster, D-Nome, was understated: “I would say the chances are less than what had been anticipated.”

• House and Senate are knotted over an omnibus crime bill intended to repeal and replace the 2016 criminal justice reform law known as Senate Bill 91.

• Lawmakers have not set an amount for this year’s Permanent Fund dividend.

• There is not yet agreement on the capital budget or operating budget for the fiscal year that begins July 1.

The operating budget may be the easiest for lawmakers to resolve, if the dividend is considered a separate item. On Tuesday night, a House-Senate negotiating team resolved all but one difference between conflicting budget plans passed by the House and Senate earlier this year.

The two sides have settled on a budget that cuts spending by more than $200 million but still contains hundreds of millions more in spending than the plan proposed by the governor in February.

In addition to forward-funding schools in 2021, the negotiators agreed Tuesday to cut $40 million from the Alaska Marine Highway System, rejected the governor’s plans to transfer authority for economic development programs into the governor’s office, and reduced the number of prisoners scheduled to be released on electronic monitoring.

Negotiators also rejected plans to pay off some of the debt owed to oil and gas drillers under a defunct tax credit program. Wilson said the legislators believe the state will win a lawsuit challenging a program that allows the state to borrow money to pay that debt.

“If that doesn’t happen, we’ll have to cross that bridge, but I think we’ll win that appeal,” Wilson said.

The lone outstanding item — aside from the dividend — involves $1 million received by the state from hunting concessionaires authorized to run businesses on federal land.

With no agreement in sight on a Permanent Fund dividend, lawmakers may act to split the dividend from the rest of the state budget and pass the uncontested items while the dividend discussion continues.

Doing so would avert the possibility of a government shutdown and layoff warnings for state employees. Union contracts require a month’s advance notice of a state layoff, and the state’s fiscal year begins July 1. If a state budget is not approved by June 1, warning notices will go out to thousands of Alaskans statewide.

Even if lawmakers agree to splitting the budget, the governor will have his say. The constitution allows Dunleavy to veto the budget or specific spending items from it.

The governor has said a dividend paid using the traditional formula in state law is one of his highest priorities. He has scheduled a 10 a.m. Wednesday press conference to discuss the end of the regular session.

In addition to the dividend, K-12 funding may be a stuck bone in the throat of negotiations between lawmakers and the governor.

Last year, lawmakers approved two years’ worth of funding for K-12 schools. Dunleavy, who took office in December, has argued that decision shut him out of the budget process and is unconstitutional.

House Minority Leader Lance Pruitt, R-Anchorage, is sympathetic to the governor’s process and said lawmakers can make an easy fix to avoid trouble. He and the governor both say that K-12 funding should be regularized by simply listing the appropriation in this year’s budget instead of relying on last year’s language.

“I still think this is a needless fight. It’s senseless,” Pruitt said.

The leaders of the House and Senate have disagreed with that interpretation and are standing firm. They have their own legal advice, and as long as both sides hold course, the dividend might not be the only budget item that causes controversy this summer.