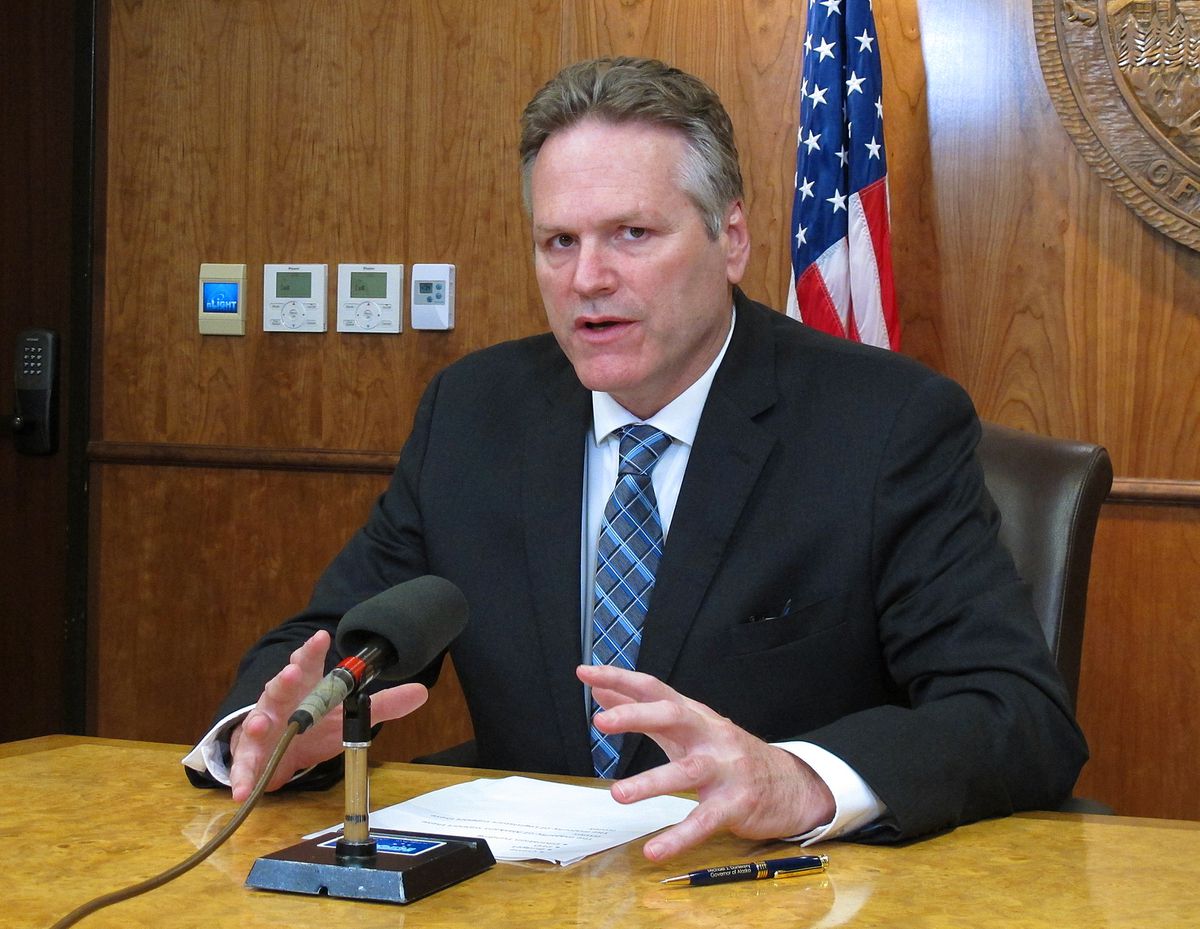 Alaska Gov. Mike Dunleavy speaks to reporters about his expectations for the end of the legislative session on Wednesday, May 15, 2019, Juneau, Alaska. (AP Photo/Becky Bohrer)

Alaska Gov. Mike Dunleavy speaks to reporters about his expectations for the end of the legislative session on Wednesday, May 15, 2019, Juneau, Alaska. (AP Photo/Becky Bohrer)

JUNEAU — A previously unpublished memo from the Alaska Legislature’s legal department is challenging the legality of one part of Gov. Mike Dunleavy’s state-funded advertising campaign, which has been used to target political opponents in the Legislature.

The memo, written by legislative lawyer Daniel Wayne, says if a complaint were filed against the governor, causing a special counsel to be appointed, that person and the state personnel board “may determine that producing and paying for the ad constitutes a prohibited use of state funds by a public officer, under ... the Executive Branch Ethics Act.”

The memo, dated May 20, was given to the Daily News after the publication of an article detailing the governor’s campaign, which has been used to promote his agenda, fight legislation and identify lawmakers opposed to his positions on crime legislation, the Permanent Fund dividend, and government spending. The memo was first reported late Saturday by Alaska Landmine.

“They seem to violate the law,” said Rep. Zack Fields, D-Anchorage, of the governor’s ads. Fields was the lawmaker who requested the legal opinion.

He added, “We have received guidance from the Department of Law permitting this kind of activity.”

The memo was written before the governor’s office commissioned advertisements focusing on Rep. Tammie Wilson, R-North Pole, and so it does not address those ads. Wilson is the author of House Bill 1005, a Permanent Fund dividend bill opposed by the governor.

At issue in the memo is an ad that incorrectly stated in part, “The Senate has proposed a full $3,000 PFD, but sadly the House Majority has proposed a $0 PFD.”

The ad was published on Facebook after the Alaska Senate approved a draft state operating budget with a dividend paid using the traditional formula in state law. That dividend is expected to be about $3,000. The budget draft approved by the Alaska House did not include a dividend amount because lawmakers there intend separate legislation for the dividend. The governor also proposed separate legislation for the dividend when he introduced his draft budget in February.

“It’s one thing to have an informational ad, it’s another thing to use state money to fund a partisan attack ad,” said Fields, a member of the coalition House majority.

Under the state’s executive branch ethics act, a state employee may not use state money, personnel or equipment “for partisan political purposes.”

Under the legal interpretation offered by Wayne, “partisan” can apply to political caucuses such as the House majority, not just political parties, because both parties and caucuses are political groups.

Fields said he has not filed a formal complaint against the governor’s office, but he was prompted to share the legal memo with other lawmakers and the public after the publication of the Daily News article.

“I’m still thinking about the next course of action now that we seem to think that those ads violate the executive branch ethics act,” he said.

By text message, Shuckerow said, “This memo is clearly meant to be a distraction from the overwhelming number of Alaskans that disagree with the out-of-touch proposals of the Legislature, including efforts to drastically cut the PFD and change its historic calculation.”