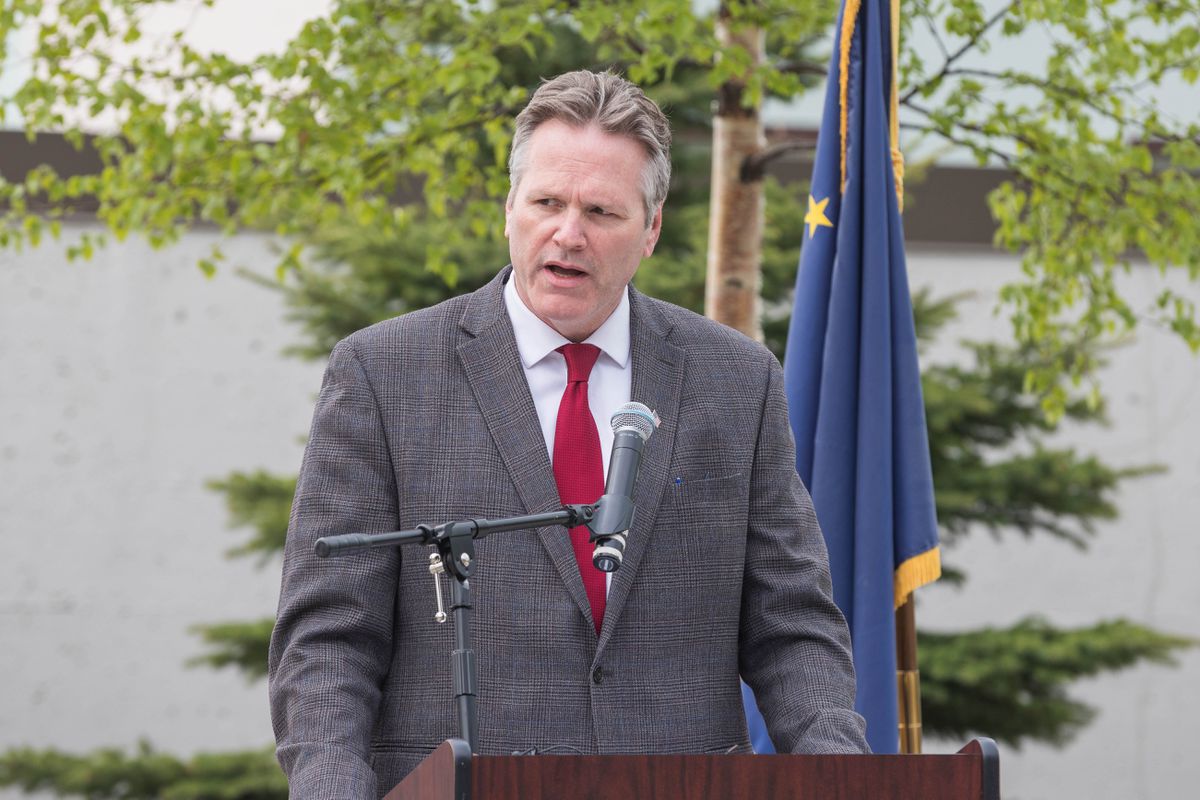 Note: This story has been updated with a new article: Legislative memo challenges legality of governor’s political ad

The campaign appears to be effective in driving public testimony and comment, but lawmakers say it is creating distrust between Alaska’s legislative and executive branches and making it more difficult to find a compromise that ends the ongoing special legislative session.

“Have you ever seen anything like it, Bryce?” asked Senate President Cathy Giessel, R-Anchorage, in a Friday morning meeting.

“No, not anything like this at all,” replied House Speaker Bryce Edgmon, I-Dillingham. “(As) somebody who worked in the Capitol throughout the ’90s, and I’ve been a legislator for well over a decade — I’ve never seen an administration employ tactics like this, and especially, apparently using state funding to do it.”

“The messaging has caused the Senate and House to come closer together, and it is driving a wedge between the governor’s office and the Legislature,” said Rep. Chuck Kopp, R-Anchorage.

A fourth page, “Support Amanda Price,” has since been removed. (Price is the Dunleavy-appointed commissioner of public safety, who faced some resistance in the confirmation process earlier this year.)

“I’m not going to be able to speak definitively that those are the only ones,” Shuckerow said in a May 13 interview, explaining that there could be more in the future.

Shuckerow said ads bought under the names of those pages were intended to inform people about public-testimony opportunities.

“That’s probably the No. 1 question the governor has received: How can I get involved?” he said.

He said the purpose of the ads is to answer that question.

“He has provided an outlet for people to connect to their legislators and has encouraged them to do so,” Shuckerow said.

Lawmakers feel differently, some characterizing them as “attack ads.”

“Today, the House introduced HB 1005. This is a bait-and-switch bill,” began an ad published May 21, and it went on to urge viewers to oppose the legislation.

Wilson is author of House Bill 1005, which would pay a traditional Permanent Fund dividend this year if lawmakers agree to change the dividend formula moving forward.

The governor has consistently opposed changes to the formula unless voters approve them in a statewide advisory vote or constitutional amendment.

“These are campaign-style attack ads, and when it’s coming from the governor’s office, it really breaks down the sense of decorum with that office,” Kopp said.

What makes them attack ads?

“They are not balanced in perspective or messaging. They are appealing to visceral emotions and intended to foment anger and frustration at legislators,” Kopp said.

The governor’s office has spent more than $10,000 on Facebook advertising since February, according to Facebook’s political advertising disclosure system.

The “Repeal SB91″ page has spent $7,641 “on ads related to politics or issues of importance” since the page was created March 14.

A single ad was purchased for “Support Amanda Price,” with the governor’s office spending between $100 and $499.

“When things are shared, they’re done as Facebook requires, saying this is from the governor’s office,” Shuckerow said.

Facebook allows ads to be targeted at specific demographics, and Facebook data show each of the ads from each of the accounts was viewed between 5,000 and 10,000 times by Alaskans.

Facebook doesn’t consider itself an arbiter of the truth, the company has said.

The governor’s office also has hired a firm called SlickText to push text messages to Alaskans who signed up for notifications during the governor’s town hall meetings. It wasn’t immediately clear how much that was costing the state.

On Thursday, those who signed up for notifications on the dividend were urged to “Immediately call ... to oppose HB 1005” and received messages criticizing Wilson.

More of these going out. #akleg pic.twitter.com/bTnaHUjIJl

Wilson said she also received phone calls from people connected to her office by an automated system run by the governor’s office.

“I’d like to know: How much money is he spending all of this?” Wilson said.

Without metrics from the governor’s office, it’s impossible to know how effective the advertising has been. But circumstantial evidence indicates it has been effective in driving support for the governor’s agenda, and a number of lawmakers believe that’s the case. The House Finance Committee announced public testimony on HB 1005 late Wednesday, but 117 people called in to a 9 a.m. meeting the following morning, and nearly 70 more called in to another session at 5 p.m., an extraordinarily high turnout for the Alaska Legislature.

The vast majority of the calls were against HB 1005.

Members of the Republican House minority pointed out Friday morning that they had spread the word as well. Rep. David Eastman, R-Wasilla, said he received thousands of hits on a blog post about the topic, and other lawmakers posted messages on their Facebook pages as well. This newspaper also posted the call-in number, as did other media organizations.

Of the governor’s messages, Eastman said, “I think they’re effective, because that’s what the people have been asking for all along.”

The wife of House Minority Leader Lance Pruitt, R-Anchorage, is employed by the Dunleavy administration on contract in the governor’s communications department. Asked whether he had coordinated with his wife on the topic, Pruitt said, “No. Absolutely not.”

In Friday’s testimony, many of the callers were frustrated, exasperated and even angry about the idea of changing the traditional dividend formula.

Shuckerow said that’s an organic response to what Alaskans feel.

“It is frustrating. Alaskans are tired of politicians who will not listen to the public and think they know what is best," he said. “For whatever reason, there’s this idea that when public testimony supports their idea, the Legislature is very proud to tout it. But what we’re seeing is organically, people trying to weigh in, and we’re seeing lawmakers who are dismissive.”

Kopp said he feels Alaskans might be frustrated because they’re not hearing the whole story.

“They are very much intended to — I would even say — incite violence against the people that they’re targeting,” Kopp said.

Speaking to reporters earlier in the week, Edgmon said his office has received several threatening phone calls, including one that referred to the House speaker as a n - - - er. Other offices have received similarly angry calls.

The governor has suggested that if lawmakers are unable to reach agreement on a budget by June 15, he will call the Legislature into a second special session, this one on the road system. The governor’s office has been scouting locations in the Matanuska-Susitna Borough, Shuckerow said.

Edgmon and Giessel each said the Legislature is unlikely to accept a Mat-Su location because of the costs involved. Speaking to reporters, Edgmon said some of those increased costs would include a greater need for security.

“I would not characterize us as fearful of the people,” he said Friday, clarifying his remarks.

Shuckerow said the governor’s office rejects the idea that the Mat-Su would be unsafe for lawmakers.

“We think that’s an inappropriate characterization. The reality is that the Mat-Su Valley is a kind and generous group of people,” Shuckerow said, adding that questions about security are insulting.

“At some point, maybe lawmakers should just take a step back and ask if their views are out of line with Alaskans,” he said.