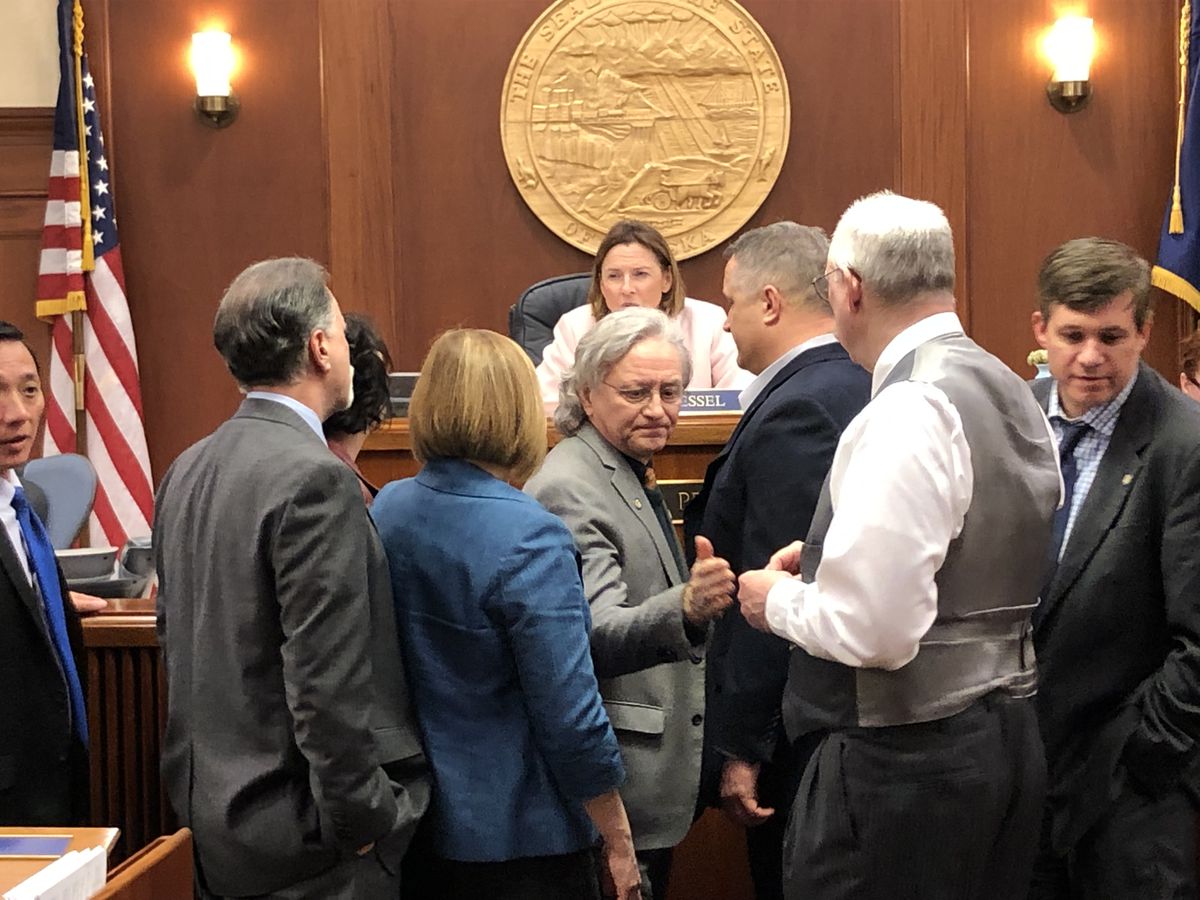 JUNEAU — The Alaska Senate is scheduled to vote in the coming days on the amount of this year’s Permanent Fund dividend, but lawmakers say they don’t know whether the vote will be in favor of a $1,600 dividend or a $3,000 payout that follows the traditional formula in state law.

On Monday, senators will introduce a new bill that funds the dividend outside the state operating budget. The budget needs to pass the Legislature before July 1 to avoid a statewide government shutdown, but legislators have been unable to advance it because of disagreement over the amount of this year’s dividend, which the Senate previously voted to include within the budget.

Senators hope splitting the question will fix the problem. According to lawmakers familiar with legislation to be introduced Monday, senators will be presented with a bill that calls for a $1,600 Permanent Fund dividend. By Tuesday, when the full Senate is expected to vote on the dividend amount, there will be an amendment that increases the dividend to about $3,000, the amount under the traditional formula.

“This is the first building block that sets us up for all the other decisions that will be made,” Senate Majority Leader Mia Costello said Friday. “It’s going to be an interesting week.”

But there’s no guarantee that splitting the issue will fix the problem. Confirming the amount of the dividend requires agreement among the Senate, House and Gov. Mike Dunleavy, and isolating the question may not change entrenched viewpoints.

The governor has consistently supported a dividend paid under the traditional formula. The coalition House majority has stayed consistent in its support for a dividend that does not require spending from savings or overspending from the Alaska Permanent fund. (One member left the majority over this issue.)

The governor could veto any proposal that does not garner his approval, sending lawmakers back to the drawing board.

The budget currently proposed by the Legislature has enough money to pay for state services and a dividend of between $1,000 and $1,200, depending on the estimate used. That amount could be increased if lawmakers tap state savings accounts or overdraw the Alaska Permanent fund.

Last year, lawmakers limited transfers from the Permanent Fund to the state treasury, but legislators this year could choose to ignore those limits in order to get enough money for a traditional dividend. The drawback is an increased risk of shrinking the fund.

According to a survey conducted over the past week, half of the 14-member Senate majority favors the governor’s perspective; the other half is closer to the House majority. The six-member Democratic minority is also split.

“I think $1,600 is about right, but we’ll see where that goes. We’re just so divided. I’m really fearful,” said Sen. Gary Stevens, R-Kodiak, in a Friday interview.

Costello said she feels the House could vote for a traditional dividend, if senators approve it first.

“We’re all counting votes, and I’m not sure a full dividend won’t pass the House,” Costello said. “You’ve got to let people vote on it.”

Regardless of the choice, time is rapidly running out in the special session, which begins its last full week on Monday. The session is scheduled to expire June 14, and the state’s fiscal year begins a little over two weeks after that.