Alaska Senate plans to vote on state budget and $3,000 PFD on Monday 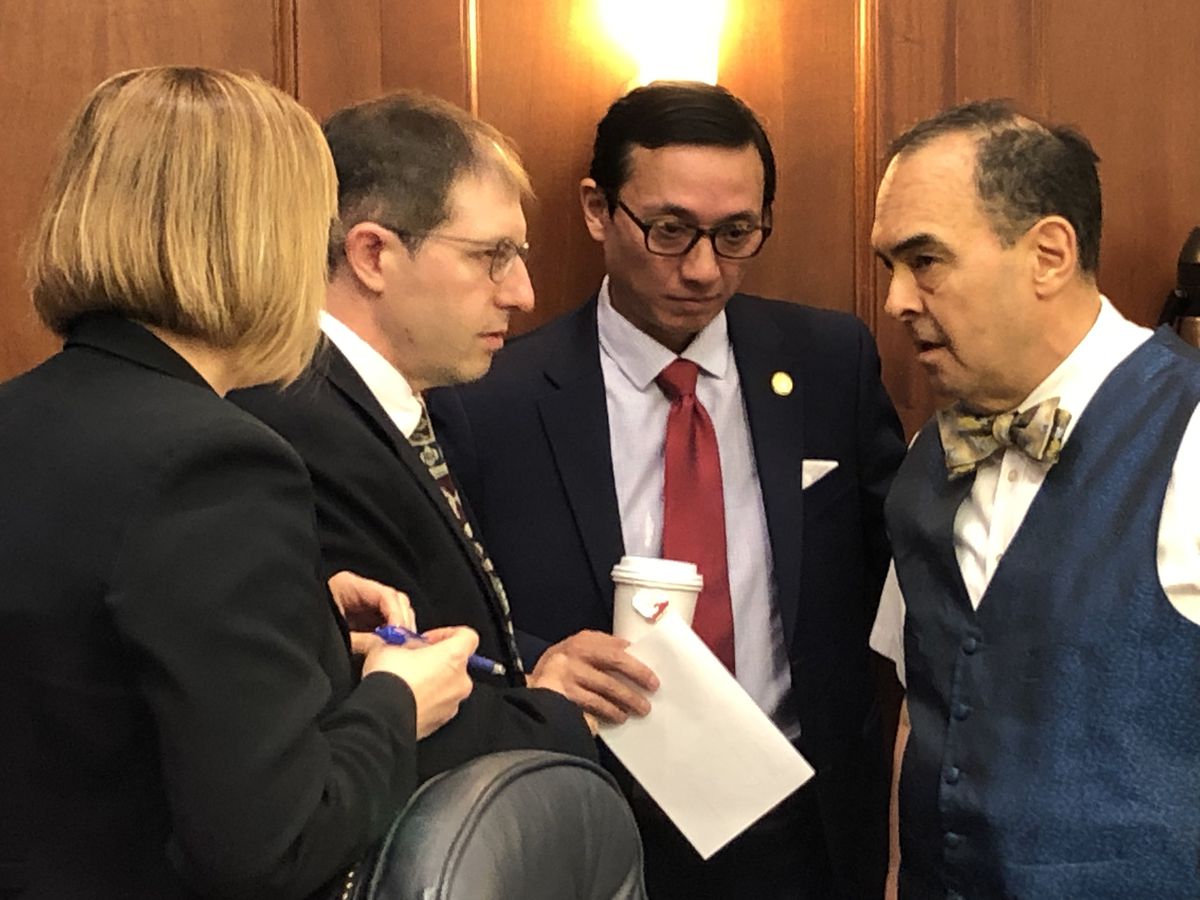 JUNEAU — After an intense two-hour internal meeting, members of the Alaska Senate’s 14-member majority bloc say they are prepared to vote Monday on the state’s operating budget and legislation setting a $3,000 Permanent Fund dividend.

“The plan is that the dividend bill and vote will happen before the budget,” said Senate Majority Leader Mia Costello, R-Anchorage. “That we can have that vote ... same day, same floor session, vote on the operating budget.”

If lawmakers follow through, they could avert a statewide government shutdown expected to begin July 1 and end the ongoing special session, which is set to expire next Friday night.

Thursday’s announcement is a significant shift for the Senate majority, which previously had agreed internally to hold off a vote on the budget until dividend legislation passed both House and Senate.

That position has contributed to ongoing budgetary deadlock in the Alaska Legislature because the House and Senate hold different positions on the dividend. If a state budget is not approved by the Legislature and Gov. Mike Dunleavy before July 1, Alaska’s state government will shut down.

Earlier this week, senators advanced separate legislation for the Permanent Fund dividend in an attempt to split the issue from the rest of the operating budget. That legislation, known as Senate Bill 1002, was amended to include a $3,000 dividend paid using the traditional formula supported by Dunleavy.

On Tuesday, SB 1002 failed by one vote to advance from the Senate. Proponents said they would have an 11th vote for a revote on Friday, but that arrangement fell through, and supporters asked to hold the revote next week.

An opponent of the $3,000 dividend, Sen. John Coghill, R-North Pole, said he was tired of waiting and tried to force the issue, calling for a revote on Thursday. That move was aborted, but it fractured the Senate majority because Coghill vowed to call each day for a revote.

Following a two-hour meeting in the offices of the Senate president, the majority emerged with what seems to be a healing compromise: an earlier vote on the dividend and budget in exchange for patience.

“Monday is when we’ve got to have a budget,” Coghill said.

He believes it will take several days procedurally and practically for the budget to advance and pass by the end of the special session. (Lawmakers or the governor could convene a second.)

“I would prefer to have it on Sunday or Saturday,” he said of his preference for the timing of the vote.

Putting the operating budget in front of the Senate on Monday will first require action by a joint House-Senate conference committee on Friday or over the weekend. No such meeting had been scheduled by the end of the day Thursday.

That conference committee is near agreement on a House-Senate compromise version of the state operating budget but has been held up by the issue of the dividend.

Costello said the intention is to strip the dividend out of the budget entirely, relying on SB 1002 instead. That would allow the conference committee to finish work.

If the Senate passes SB 1002 and that compromise budget, the next steps will be up to the House.

“We stand ready for a final vote on the operating budget. Students, elders, and business leaders need confidence that the critical services they rely on will continue uninterrupted when the new fiscal year begins in July," Speaker of the House Bryce Edgmon, I-Dillingham, said in an emailed statement.

The dividend will remain an issue, however. The support of the Republican House minority may be necessary to pass a procedural hurdle that requires a three-quarters majority of the House’s 40 members.

The minority has championed a traditional $3,000 dividend. The majority has been supporting an as-yet-unnamed figure that Edgmon calls “sustainable.”

“I would like to see the House ensure that they take serious thought on that Permanent Fund bill that’s sent over and not use the fact that it’s not in the budget as an excuse to … not have a conversation about the dividend,” said House Minority Leader Lance Pruitt, R-Anchorage.