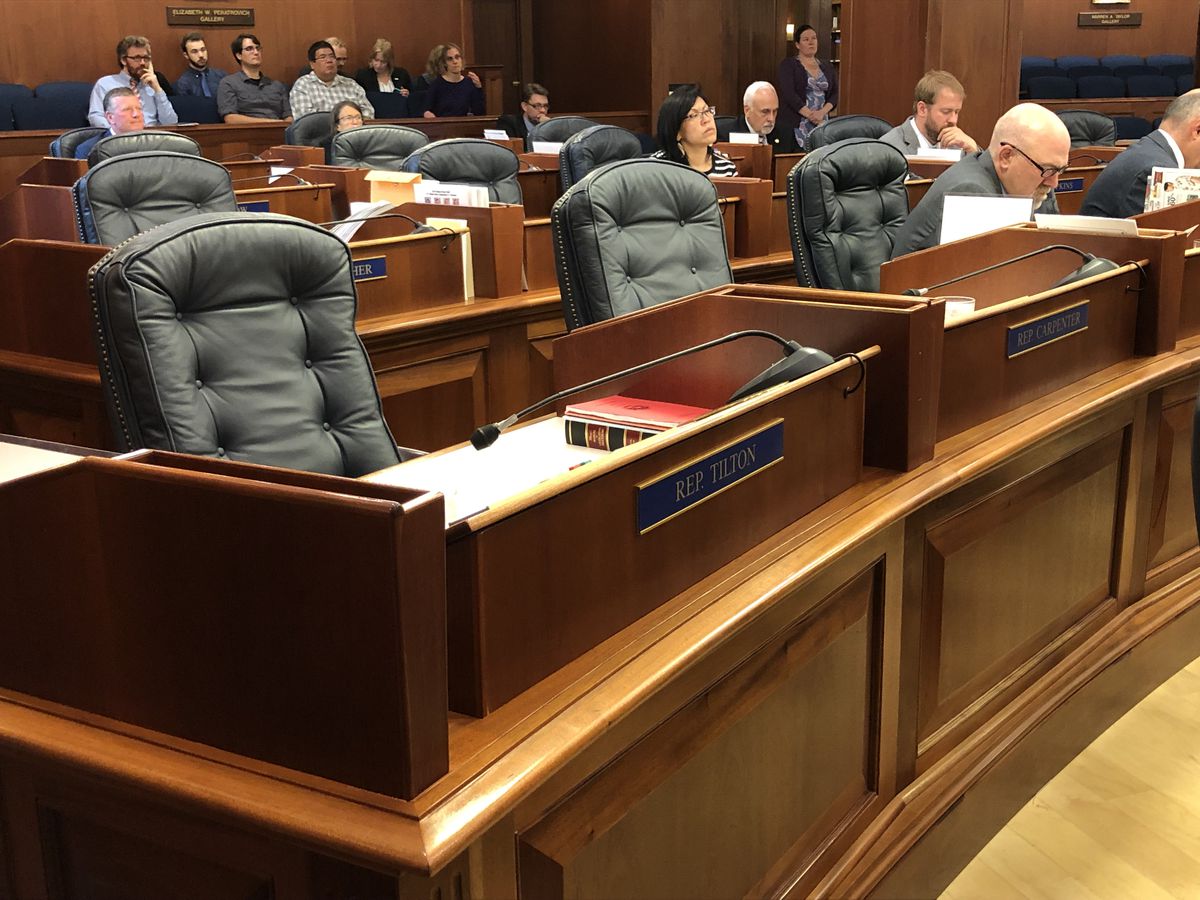 Amid unprecedented division, the Alaska Legislature gathered in Juneau and Wasilla on Monday, with lawmakers in each location claiming it is the rightful place for their second special session this year.

With 37 lawmakers in Juneau and only 21 in Wasilla, those in the capital city were able to convene the session and get to work, while those in Southcentral were left to hold a short meeting and, without a quorum, disbanded to talk to attendees and take questions from reporters.

In Juneau, legislators introduced new legislation to pay a $1,600 Permanent Fund dividend. They scheduled a vote for Wednesday on whether to overturn Gov. Mike Dunleavy’s $444 million in vetoes. They chose a new Senate majority leader, ousting Sen. Mia Costello, R-Anchorage, who had gone to Wasilla.

The override vote will take place at 11:30 a.m. Wednesday in Juneau, but its outcome is uncertain. The Legislature needs 45 votes to overturn the governor’s vetoes, and on Monday there weren’t even that many legislators present in the Capitol.

“We’re still short. I don’t think that’s a surprise to anybody," House Speaker Bryce Edgmon, I-Dillingham, said during a meeting with reporters in Juneau.

The end of the day Friday is the deadline for lawmakers to throw out any of the vetoes.

Referencing a protest of more than 700 people in front of the Capitol on Monday, Edgmon said “public pressure is building,” and it’s possible more lawmakers will decide to go to Juneau.

“What you see today may not be the number of people who will be here on Wednesday,” said Senate President Cathy Giessel, R-Anchorage, who sat next to Edgmon during a meeting with reporters.

Hundreds of miles away, supporters of Dunleavy’s PFD plan and opponents of his vetoes held dueling protests outside of Wasilla Middle School.

“We fired Bill Walker and we’re going to fire the rest of the PFD thieves in 2020!” yelled a man into a bullhorn.

Inside, at 1 p.m., 21 legislators walked into the school gym to applause and whistles. Tables and name tags were set up in the middle of the gym for each of the 60 legislators. More than 200 spectators filled school bleachers or stood along the edge of the room, the doors propped open to outside as temperatures pushed above 80 degrees.

In a 15-minute meeting, Costello and House Minority Leader Lance Pruitt, R-Anchorage, told the crowd they were in Wasilla because they believe it is the correct location under the state constitution and state law. The lawmakers present were all Republicans, and largely in step with Dunleavy on the issue of a traditional Permanent Fund dividend. Two Senate Republicans had previously excused absences.

“I know the circumstances about why you’re here are highly unusual. In fact, I’m sure that we are breaking new historical ground here today in the state of Alaska,” Costello said during the meeting. “The big question that I think is on everybody’s mind is, ‘What are we doing here?’”

She said the answer was simple: “It comes down to the constitution and our responsibility to obey it.” Special sessions have to be called, and the governor has called the special session for Monday in Wasilla, she said.

In his June proclamation setting the date, time and location for the special session, Dunleavy picked Wasilla and recommended Wasilla Middle School as the meeting spot.

“We’re ready to do our work, and we are inviting the rest of the Legislature to join us,” Costello told reporters after the meeting.

Lawmakers meeting in Juneau lack the 40 votes necessary to change the governor’s proclamation, but they insist the Legislature has the power to set the location of its meetings. They do not dispute the governor’s ability to set the session’s agenda or timing.

[Your support makes independent reporting in Alaska possible. Buy a digital subscription for full access to the Anchorage Daily News]

In the Senate, as the chants of protesters reverberated through open windows, Sen. John Coghill, R-North Pole, introduced a motion to move the session from Wasilla to Juneau. No one spoke against it.

“Seeing no objection, the second special session is convened in Juneau,” Giessel said.

In Wasilla, legislators sought to blame their counterparts in advance for any failure of a veto override vote.

“You could actually argue that those in Juneau want the vetoes to stand because they’d be here where we could actually take action. This is the place of business for this session and that is backed by the statute and the constitution," Costello said.

Those in Juneau made the opposite argument.

“If the members of the House minority choose to neglect their responsibility and don’t come to Juneau, they’re going to be responsible for sustaining the governor’s veto. I think that’s their intent,” said Senate Minority Leader Tom Begich, D-Anchorage.

Edgmon had his own views.

“If they don’t show, it’s going to be between them and their districts and their ability to rationalize why they thought it was more important to stay away,” he said.

In addition to setting a date for a veto override vote, House lawmakers in Juneau introduced new legislation that — if passed into law — would pay a $1,600 Permanent Fund dividend this year, less than the $3,000 check the governor supports.

The legislation, drafted by the leaders of the House, was briefly discussed in the House Finance Committee Monday afternoon, and Edgmon said it could receive additional hearings contingent on what happens Wednesday with the veto override.

In the Senate, Costello was stripped from her position as Senate Majority Leader and replaced by Sen. Lyman Hoffman, D-Bethel. Costello also lost her seat on the powerful Senate Rules Committee.

“She chose not to attend the session, so I need a majority leader, so we changed her out,” Giessel said, adding that the change is permanent.

Giessel said Costello is still a member of the 14-member Senate Majority if she wants to be.

Costello told reporters that she learned Monday she had lost her leadership positions.

“I have been willing to work with the leaders. I have repeatedly told everybody that in order to get through this we all need to work together and with the governor, so I will continue to be that leader for my district and the state no matter what label I have attached to my name,” she said.

Costello described the middle school as a “perfectly adequate” location for a special session and thanked volunteers for setting it up. There isn’t air conditioning in the school and portable fans were running, but she said, “I mean it’s hot, but it’s hot everywhere, right?”

Speaking in Wasilla, Pruitt said he didn’t plan to go to Juneau unless the governor set the capital as the location of the special session. He and other lawmakers planned to return to the Wasilla school at 10 a.m. Tuesday. They created a new Facebook page to post about the daily meetings and attendance.

“If the governor were to change the call and told us to be in Unalaska, I would go to Unalaska. I mean, he has the statutory authority to determine where we are supposed to be,” he said.

Pruitt also questioned whether the results of a Juneau session will be legitimate. He said his understanding “is that not having gaveled in here, where the governor has indicated, it is an illegitimate session to begin with.”

A former state representative, Al Vezey, is preparing to file a lawsuit against the Legislature, in an attempt to force the session to be in Wasilla.