Too much, too little: University funding deal draws criticism from legislators on right and left 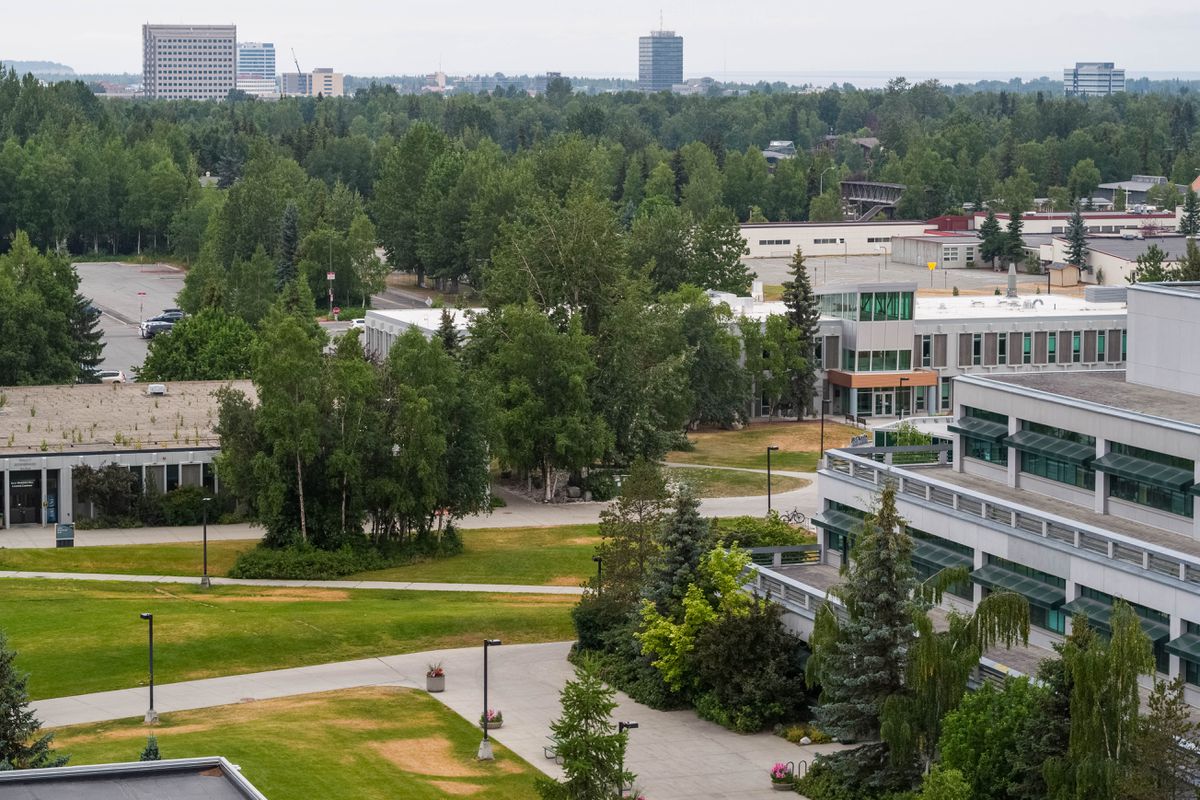 Alaska Gov. Mike Dunleavy’s new three-year plan for the University of Alaska promises $70 million in cuts over three years, but the document unveiled Tuesday doesn’t have binding power without sufficient support from the Alaska Legislature.

Lawmakers said they were generally favorable to the governor’s step-down approach, but some on the right and left said they were concerned about the idea, and some raised the possibility that its wording could run afoul of state law and the Alaska Constitution.

“I’m pleased that the governor has agreed with essentially what the Legislature had appropriated for the university,” Senate President Cathy Giessel, R-Anchorage, said by phone.

Sen. Scott Kawasaki, D-Fairbanks, was less accepting, saying the governor’s deal amounted to “extortion” of the university system’s governing Board of Regents.

“I think the regents, in the position they’re at, had a gun to their head and basically agreed to the words that were on the page. But the Legislature ultimately has the ability to fund the university, and I hope the governor will respect that,” Kawasaki said.

Agreement on a veto

In June, the Alaska Legislature approved a state operating budget that cut the university system’s state support by $5 million, or 1.5% of the $327 million it received in the last fiscal year.

On June 28, the governor responded by vetoing another $130 million, bringing the total cut to 41%.

“That would’ve been just a disaster to face a 41% cut in one year,” said Sen. Gary Stevens, R-Kodiak and chair of the Senate Education Committee.

Lawmakers lacked the three-quarters supermajority needed to override the governor, so they wrote another piece of legislation that adds $110 million back into the university’s budget.

Dunleavy on Tuesday agreed to that amount under certain conditions.

Among those conditions is an additional $25 million cut next year and a $20 million cut in the year after that.

“Given that we couldn’t override the vetoes, the situation is just absolutely remarkable.”

Barring additional action by the Legislature, the governor’s signature on House Bill 2001 will confirm this year’s university cut at $25 million.

The second and third years of the governor’s plan are subject to the Legislature’s action on future budgets.

“Theoretically, the members of the Legislature could say, we’re not having this, we’re going to appropriate more and in fact we’re going to override any veto,” Josephson said.

He also pointed out the difficulty of doing so, given that lawmakers failed to override any vetoes this year.

Rep. Zack Fields, D-Anchorage, compared the governor to someone who robs a house, then comes back three weeks later to return some of the stolen goods.

“You probably wouldn’t nominate (him) for a Rotarian award,” Fields said. “I guess I’m glad to have my car back, but at the end of the day, he’s still a terrible person.”

“To me, it’s not a victory if it takes Mike Dunleavy three years instead of one year to dismantle our state.”

House Speaker Bryce Edgmon, I-Dillingham, said in prepared remarks that the vetoes never should have happened in the first place.

The governor has said that his long-term goal is to balance the state’s budget without reducing the Permanent Fund dividend, increasing taxes or spending from savings.

Rep. Sarah Vance, R-Homer, also supports that goal and said she was disappointed by Dunleavy’s Tuesday announcement. She and the other members of the Republican House minority were crucial to blocking a veto override vote.

“Honestly, I don’t think it’s enough,” she said of the planned reductions.

She pointed out that while direct state support is in the range of $327 million, the university’s total budget — including tuition, research revenue, and federal grants — exceeds $800 million, and she believes the university is capable of greater efficiency.

“With a budget of $800 million … $25 million is insignificant in a reduction. I don’t think it’s enough to make the big, structural changes that Alaskans say they need to make,” she said.

The Legislature has repeatedly requested, without much success, that the university reduce administrative expenses and take actions outlined in Tuesday’s agreement.

“These are things we’ve talked about with them in detail,” Giessel said.

Language of an overstep

Though generally favorable, Giessel had issues with a line of the governor’s proposal that said the governor will “propose, support, and permit” specific levels of university funding.

“That’s the Legislature’s lane,” she said.

“I don’t know that he thought it through when he wrote ‘propose, support and permit,’" Giessel said.

Stevens agreed, saying it appeared the governor is “overstepping his responsibility” with that language.

“I firmly stand by the legislature’s role as the appropriating body,” Edgmon said in his prepared statement.

Some lawmakers also said that given that particular wording, the governor is in favor of a long-term commitment even as he sues the Legislature over the constitutionality of funding K-12 schools in advance.

The governor has essentially done what he said we weren’t supposed to do, and that is to bind future legislators,” Kawasaki said.

The key difference is that the lawsuit deals with binding legislation, and the governor’s arrangement is not in law.

“We don’t see this as problematic in any way,” Dunleavy press secretary Matt Shuckerow said. “A full appropriations process will take place.”

The governor said Tuesday that he agreed to step back from his prior vetoes because of public outcry.

When asked whether the ongoing recall campaign might have contributed, she added: “I think that’s part of the people’s voice.”

“We’ve been working on this for some time,” he said.

Despite Dunleavy’s statement, Kawasaki said there’s no question: “There are tens of thousands of people signing petitions right now to see him removed from office for various things … and I think that the governor is sensitive to that call.”

The ADN’s Tegan Hanlon contributed to this report.