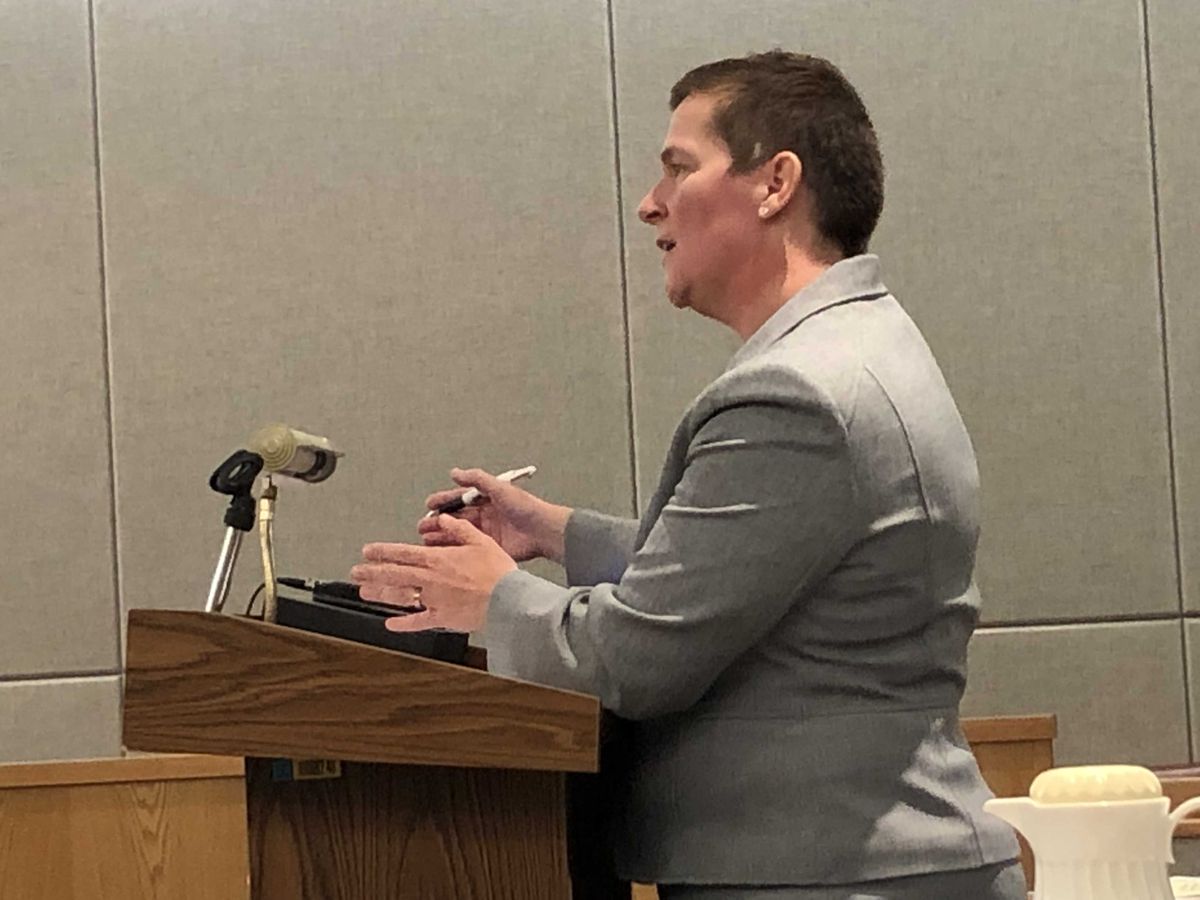 The Alaska Legislature sued Gov. Mike Dunleavy over education funding in July, and on Friday, both sides had their day in court.

For more than an hour, Juneau Superior Court Judge Daniel Schally heard arguments about whether or not Alaska’s constitution allows legislators to set school funding one year in advance. The particular question is narrow, but the implications are immense.

“Your answer will affect state budgeting potentially for years into the future,” said senior assistant attorney general Margaret Paton-Walsh, underlining the importance of the case to the judge and more than two dozen people in attendance.

After attorneys from the Legislature, state and the Coalition for Educational Equality (supporting the Legislature) spoke, Schally did not ask any questions. He said he had a written list, but the attorneys addressed them all as they spoke.

Schally said those watching the lawsuit shouldn’t take anything away from his lack of questions, and he intends to issue a decision on the case on or before Nov. 8.

In Friday’s arguments, legislative attorney Megan Wallace and Paton-Walsh attempted to untangle a thorny constitutional issue for Schally: Does Alaska’s prohibition against dedicated funds prevent the Legislature from appropriating money in advance for schools?

Legislators did just that in 2018, hoping to shield public schools from the effects of drawn-out budget negotiations. For several years, the Alaska Legislature had set school funding amounts after the deadline by which school districts were supposed to finish their budgets. Because the state provides the bulk of Alaska’s public school funding, districts had to plan for a worst-case scenario from the state. In many cases, that meant laying off teachers, then rehiring them once the Legislature approved a budget and final figures were known.

But when he came into office, Dunleavy said that act was unconstitutional, and he has declined to follow that law. To avoid leaving schools unfunded, both the Legislature and Dunleavy have agreed to keep the money coming, at least until a court ruling.

“The governor’s action sets a dangerous precedent,” Wallace told Schally, because Dunleavy has unilaterally declined to enforce a law that was legally passed by the Legislature and signed by the governor at the time.

While Article 9, Section VII of the Alaska Constitution states that “the proceeds of any state tax or license shall not be dedicated to any special purpose” beyond the annual budget cycle, Wallace said that didn’t happen in this case, in part because this year’s Legislature had the opportunity to reverse what it did in 2018, and it chose not to.

Paton-Walsh responded that the framers of the state constitution intended “annual budgeting and annual appropriations,” and that every item in the budget competes each year for available funding.

A forward-funding bill like HB 287 has an advantage in subsequent years because more votes are needed to reverse it than are needed to leave it in place.

"That’s why it undermines the level playing field,” she said.

Correction: A previous version of this story incorrectly reported that Judge Schally is a District Court judge. He was elevated to the Superior Court in November 2018.