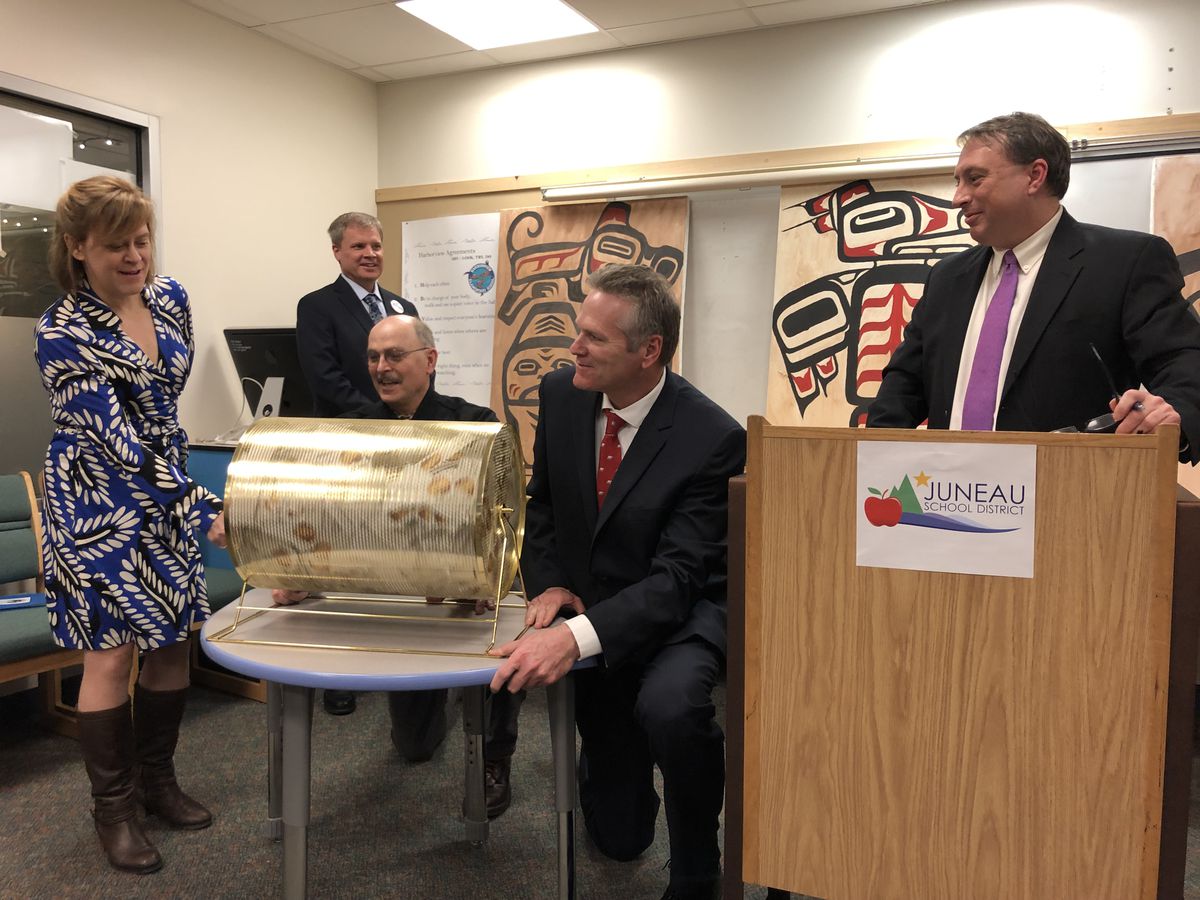 The governor’s proposal shares space on the legislative docket with a more limited idea from House Majority Leader Steve Thompson, R-Fairbanks. Thompson has proposed only a draw-style lottery, including the popular Powerball and Mega Millions, which are also included in the Dunleavy plan.

Both men have said their goal is to raise additional money for the state treasury and close a fiscal gap estimated at $1.5 billion if the state pays a Permanent Fund dividend of $3,100 to $3,200 per person.

A Department of Revenue official estimated the state could collect $100 million per year if the governor’s plan is implemented in full. Thompson’s plan would generate $8 million to $10 million in state revenue, he said.

“Aside from creating a pathway that could lead to business opportunities, the purpose of the bill is to generate new revenues for the state,” the governor said in a statement accompanying his legislation.

“In an era of declining state revenues, it is imperative for Alaska to consider new ways of funding government services that satisfy the public health and welfare needs of our citizens,” the governor wrote.

Thompson’s bill does not designate where the money should go.

Both Thompson and the governor envision the lottery run by a separate organization. Thompson’s bill calls for an “Alaska State Lottery Board,” while the governor’s bill creates an “Alaska Lottery Corporation.”

Each organization would rely on hired contractors to run lottery programs, though the two bills differ on details.

The governor’s plan envisions a three-year on-ramp for that corporation. In the first year, the corporation’s board of directors — appointed by the governor — would draft regulations to set up the lottery.

“It is reasonable to assume that sales could begin in year two and that a lottery with instant and draw games could be fully operational by the third year after passage, with transfers to the state coming in that year” said a Department of Revenue analysis.

“For video lottery terminal games, it may be reasonable to allow for a longer ramp-up period,” the analysis states.

Jeff Turner, the governor’s deputy director of communications, said it is important to note that the governor himself is not proposing gambling on sports. Rather, Turner said, the corporation would be empowered to allow it if members chose.