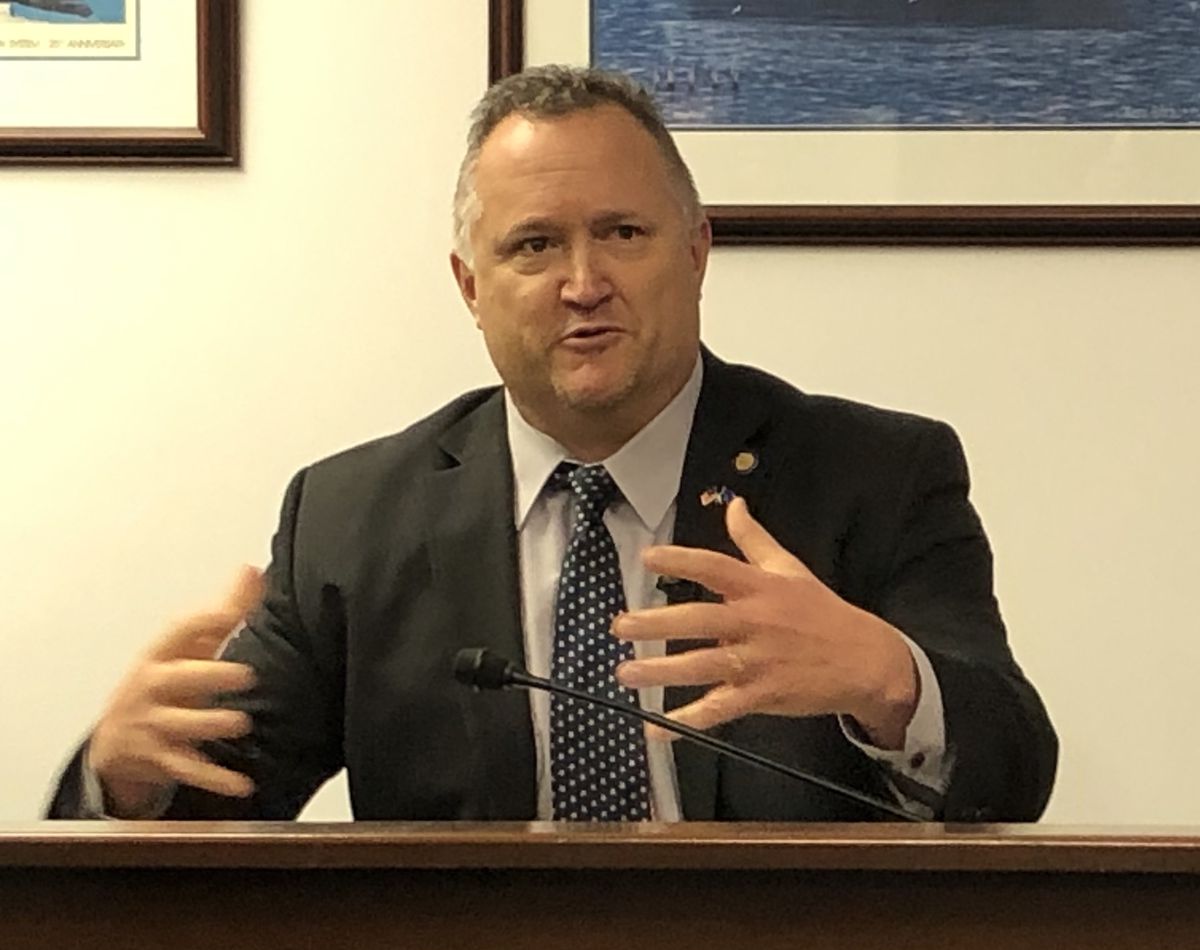 JUNEAU — Republicans in the Alaska Senate remain split over the issue of the Permanent Fund dividend, and on Wednesday, one of the proponents of a traditional payout voiced his frustrations in a public news conference.

Sen. Mike Shower, R-Wasilla, said he is launching legislation and proposing a constitutional amendment to prohibit a voluntary rule that requires members of the House and Senate to vote together on particular items.

Last year, that rule required Shower and other dividend-supporting senators to vote in favor of a $1,600 dividend supported by the Senate’s Republican leadership. When Shower and two other senators defied the rule, they were stripped of leadership positions.

Shower’s idea is opposed by the Republican leaders of the Senate and by some of his colleagues who support his position on the dividend.

Revak and others said eliminating the so-called “binding caucus rule” would make the Legislature unmanageable. Leadership and budget agreements would require the acquiescence of individual legislators, not just a handful of negotiators acting on behalf of others. Sen. Gary Stevens, R-Kodiak is a two-term former Senate president and said without the rule, “we would be in a year-round Legislature.”

The Alaska House and Senate are normally divided into majority and minority groups. These groups, known as caucuses, don’t always follow party lines, but they control how the Legislature operates.

By organizing into caucuses and negotiating on behalf of the whole, legislators can increase their negotiating power by group action. To discourage members from breaking away, caucuses can ask members to sign an agreement that requires members to vote a certain way.

In exchange for signing, that member might be put in charge of a committee that controls the flow of legislation. The leaders of the caucus also benefit: It’s a lot easier to negotiate among four discrete legislative groups than 60 individual lawmakers.

Shower said he was caught in a no-win situation last year because of such an agreement. He could either vote in favor of a smaller dividend — something he opposes — or he could vote another way and lose his position at the head of several Senate committees, hurting his ability to represent his district, he said.

Sen. Shelley Hughes, R-Palmer, found herself in a situation similar to Shower last year, and after both stayed away from the final dividend vote, they were punished along similar lines.

Hughes, who was at Shower’s news conference, said the binding rule “is fundamentally un-American,” and that although she believes there are not enough votes to abolish the rule, she thinks the state should have a conversation about the topic.

Shower and Hughes were joined by four members of the House Republican minority who said they support the proposal.

Sen. Lora Reinbold, R-Eagle River, was in a committee meeting and unable to attend Shower’s press conference. She was the third senator punished for her dissident dividend vote and has joined Shower in criticizing Senate leaders, including Senate President Cathy Giessel, R-Anchorage, on social media.

Asked about those messages, Giessel said she chooses to follow “Ronald Reagan’s 11th Commandment” and not criticize fellow Republicans in public. Asked whether Shower and others would be removed, she said no, and other Senate leaders said their majority caucus is a voluntary membership.

“And you can leave at any time,” added Stevens.

Shower has said he is unwilling to leave. He acknowledged that he could force a short-term change if he and four others departed the Senate majority, but he is interested in long-term action as well.

In addition, any breakup of the Senate Majority would increase the odds that senators would then create a bipartisan majority along the lines of their House counterparts. Shower has previously said he is concerned about that possibility.