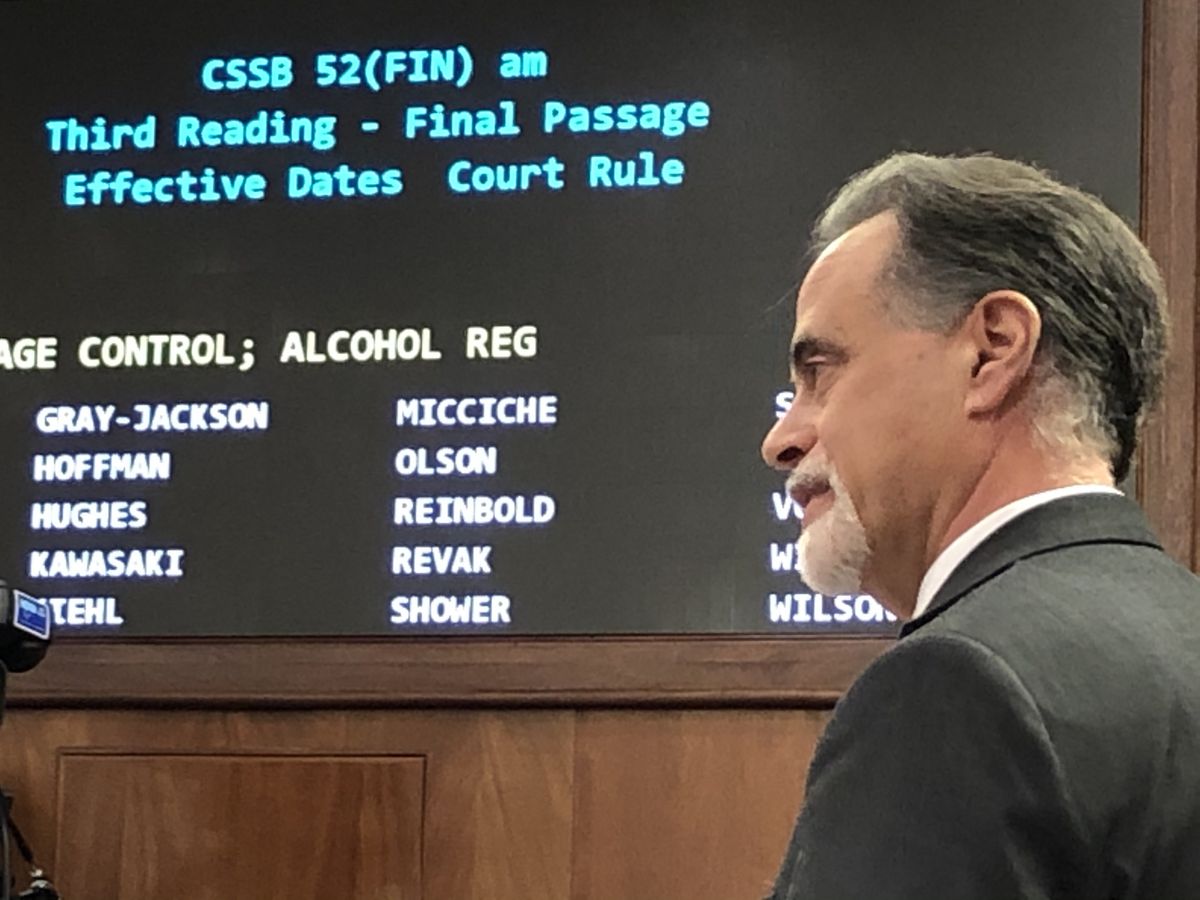 JUNEAU — Alaska’s breweries will be able to stay open longer and host a limited number of live-music events under a sweeping rewrite of the state’s alcohol laws approved unanimously by the Alaska Senate on Wednesday.

Senate Bill 52, sponsored by Sen. Peter Micciche, R-Soldotna, advances to the House. Lawmakers there killed a previous version of the rewrite two years ago.

This time around, the biggest House critics have moderated their position in light of a compromise agreement between the Brewers Guild of Alaska and the Cabaret, Hotel, Restaurant and Retailers Association, the state’s leading alcohol industry trade group.

“If I was still in the beverage industry, I would feel it’s not a great compromise, but I will wait to hear from the many voices that I’m sure we’ll hear from,” said Rep. Adam Wool, D-Fairbanks.

Under the compromise, the state will limit the number of brewery, distillery and winery taprooms. In return, those taprooms will be allowed to stay open until 10 p.m. — they’re currently required to close by 8 p.m. — and hold four live-music events per year.

The new legislation extends far beyond breweries, distilleries and wineries, but disagreements between those establishments and traditional bars, package stores and restaurants previously stymied efforts to update Alaska’s alcohol laws, which were last rewritten in the 1980s.

Two years ago, Wool joined Rep. Louise Stutes, R-Kodiak, in a proposal to cut serving sizes at Alaska’s brewery and distillery taprooms. At the time, Wool owned a bar. Stutes is a former bar owner.

The resulting furor over their proposal sent the alcohol industry to the negotiating table. Now, serving sizes are unchanged and the House is ready to take a new look.

Rep. Ivy Spohnholz, D-Anchorage, is chair of the House Labor and Commerce Committee, which is expected to consider the bill first.

She said she is “very interested” in moving it out quickly.