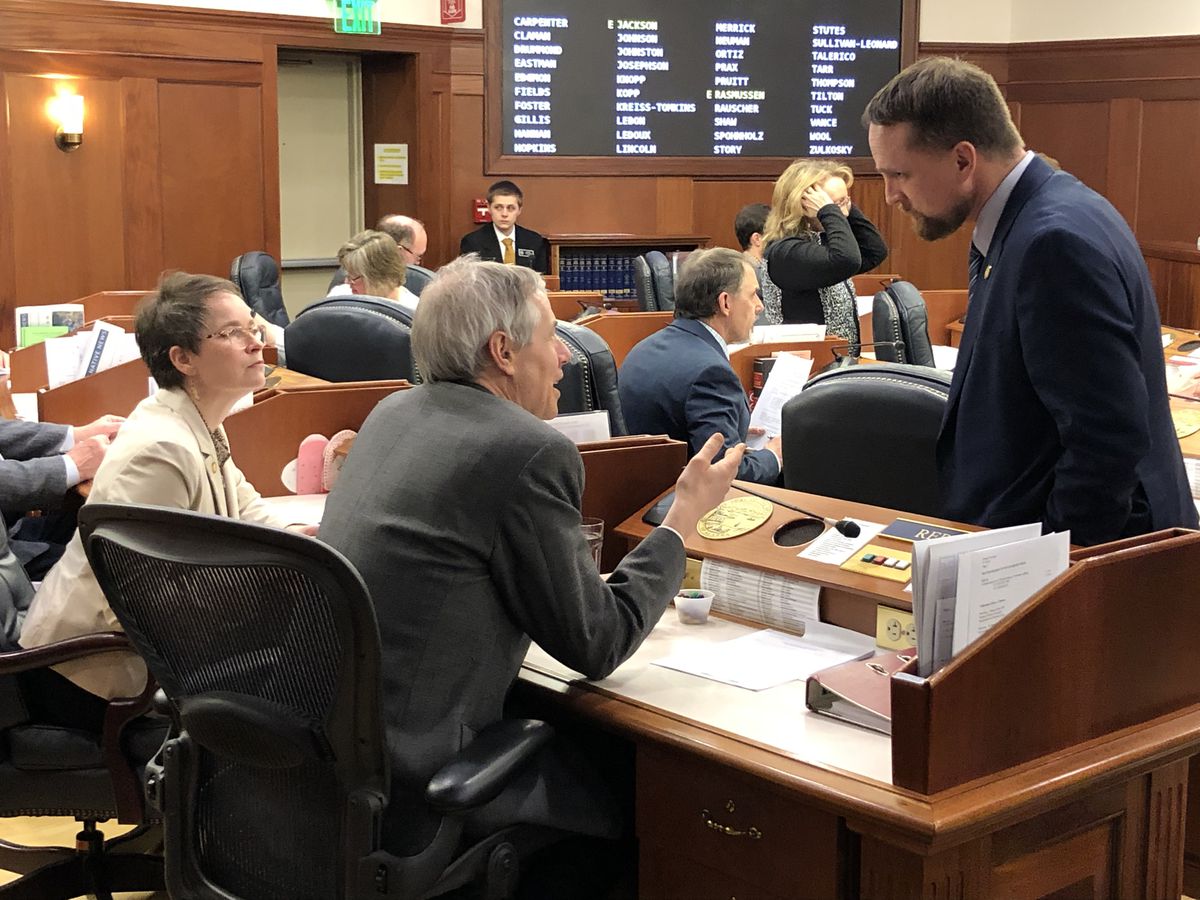 The Senate had approved the bill earlier in the day, but in a 28-10 vote, the House failed to reach the 30-vote threshold needed to spend from savings and fully fund the bill. Because of the failed vote, only about $246 million is available to pay for the bill.

Speaking before the vote, House Republicans said the vote would have required them to give up a key political bargaining chip intended to leverage support for a larger Permanent Fund dividend and a tighter state spending cap.

The failed vote may derail the Legislature’s plans for a quick adjournment, but two re-vote opportunities are possible if lawmakers change their minds.

Earlier Wednesday, Anchorage Republican Rep. Jennifer Johnston, who voted in favor of the funding, said she had hoped the Legislature could finish its work as soon as this week. Legislators still need to pass a state operating budget and a state capital budget.

In addition to providing more money for coronavirus response, the supplemental budget bill would pay for last year’s wildfire season and reverse some of Gov. Mike Dunleavy’s budget vetoes last year. The COVID-19 response funding includes $15 million for the Alaska Department of Health and Social Services and $8.5 million for coastal communities that may receive cruise ship passengers.

In documentation provided to legislators, the Department of Health and Social Services said it expects to buy additional medical equipment, rent or purchase housing for quarantined people, pay for transportation to move infected people, and — if needed — hire temporary staff to work at state laboratories if lab staff themselves become infected.

The bill also includes $30 million for payments to cities and boroughs through the state’s existing community assistance program. Legislators said the money is necessary to help communities cope with COVID-19.

Wednesday night’s failed House vote came during debate over how to pay for the bill. As written, the legislation would have used the state’s Constitutional Budget Reserve to cover costs and would have permitted the reserve’s use for the annual “reverse sweep.”

That requires 30 of the House’s 40 members. The coalition House majority has only 24 members, and two House members were absent Wednesday.

Rep. Mark Neuman, R-Big Lake, was one of the no votes. Ordinarily, the reverse sweep and supplemental budget are separate votes. Combining them takes away a negotiating tool.

“I feel that this bill gives all those tools away, and if I was to vote yes on this bill, I would not be upholding my duty to the people of my district,” he said.

Neuman is one of the Legislature’s staunchest defenders of a traditional Permanent Fund dividend. The House majority supports a smaller dividend.

“We could be putting $1.9 billion into our economy,” he said.

Failing to approve the reverse sweep before July 1 will drain state scholarship funds and the fund that pays for the state’s rural-electricity subsidy.

Last year, debates over the sweep threatened those programs, and the Alaska Senate unanimously rewrote the supplemental budget this year in an attempt to resolve the debate ahead of time.

“It’s a significant sum of money,” Sen. Bert Stedman, R-Sitka and co-chair of the Senate Finance Committee, said of the $360 million in spending the Senate approved Wednesday.

Costello has a broken femur. Reinbold has a tooth abscess. Hughes’ sister recently returned from Switzerland, and the senator was asked to self-isolate. Shower is self-isolating through Thursday because of recent out-of-state travel.

Stedman characterized the document as “a repair budget for the current fiscal year.”

Some Republicans in the House minority saw it as a ploy to starve their negotiating power, since two other unfinished budget bills could also contain the reverse sweep.

“Why the urgency to do something that should be included in the next two budgets that we need to talk about?” said Rep. Ben Carpenter, R-Nikiski.

Rep. Neal Foster, D-Nome and co-chair of the House Finance Committee, said the House was forced into the combined vote because the Senate had already approved it.

He admitted the House majority “did fight for it” on the floor, even though it wasn’t their idea.

He said the principal goal was to avoid a drawn-out debate, as happened last year.

“We were here a couple extra weeks a great deal because of that, and trying to get that out of the way sooner rather than later is something that we would like,” he said.

Now, that attempt has failed, and Foster said he isn’t sure which parts of the bill will be funded and which will not.

Correction: This article has been updated to clarify the context of a quote from Rep. Neal Foster.