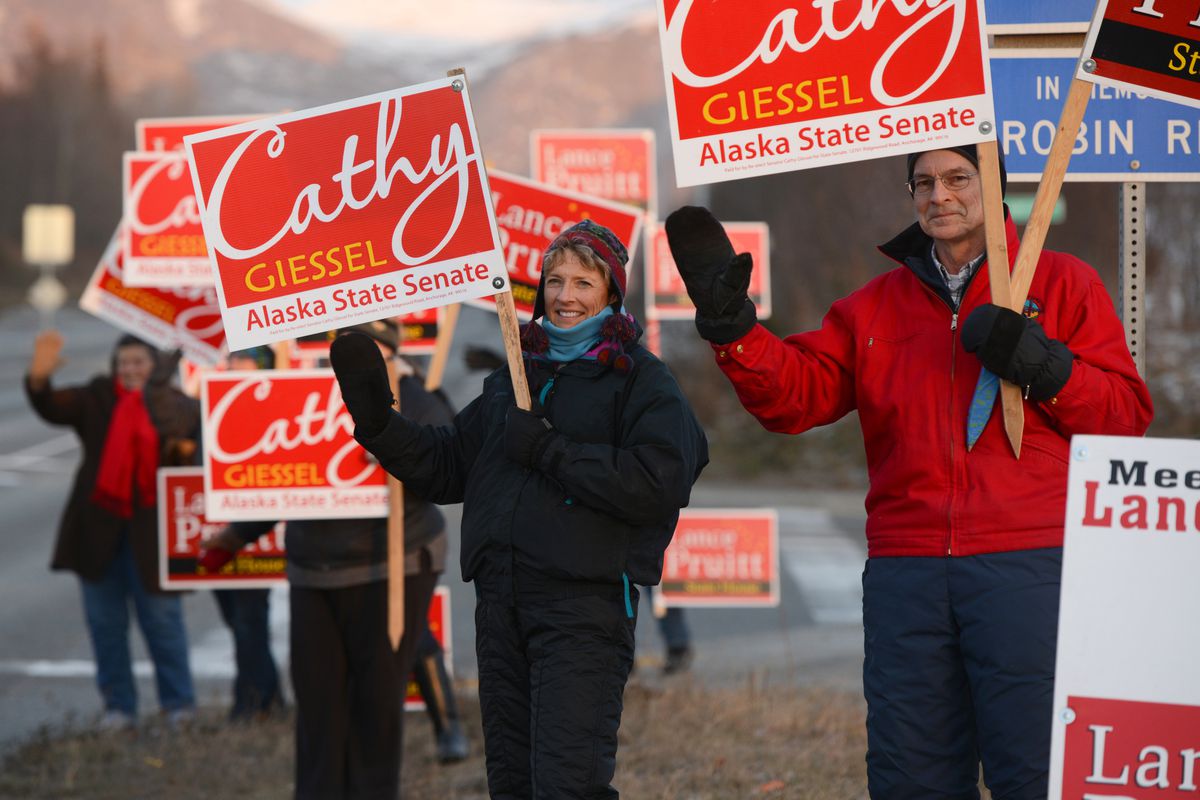 In next week’s primaries for the Alaska Legislature, the national Republican Party is spending big.

According to campaign finance documents, the Republican State Leadership Committee and GOPAC are spending a combined $165,000 to campaign against socially conservative Republicans like Rep. David Eastman of Wasilla and Republican members of the coalition House majority.

That’s a huge amount for the Alaska legislative races: Every Republican House candidate combined had spent $310,000 through mid-July. (New campaign finance reports were due by the end of the day Tuesday.)

“Our goal in Alaska is simple: a working Republican majority in the state House with a Republican Speaker. We’re all-in to win,” said RSLC deputy executive director David Abrams.

But the party’s right and moderate wings have allies of their own. Unions are backing Senate President Cathy Giessel and Republican coalition members who face primary challengers. A national group called Make Liberty Win is backing Eastman and Christopher Kurka, who is seeking to replace retiring Rep. Colleen Sullivan-Leonard.

Rep. Chuck Kopp, R-Anchorage and the target of some of the campaigning, said he was “amazed” by the national effort. Eastman said the spending is effectively an effort “to help Lance Pruitt become Speaker (of the House) next year” by electing Republicans who will fall in line.

“I didn’t know I had that much power,” Pruitt said, deadpan.

“They just want to have Republican majorities,” he said of the national groups. “That’s the concept they argue for and support.”

The money from national Republicans, unions and other groups is what’s known as “independent expenditure” spending. The campaigns of individual candidates are strictly limited in what they can accept and spend, but independent expenditure groups forbidden from coordinating with candidates or campaigns can accept and spend an unlimited amount and can conceal the source of their money by funneling it through another group. (This practice, so-called “dark money,” is targeted by Ballot Measure 2 in November’s election.)

Rep. Gabrielle LeDoux, R-Anchorage, is among the candidates supported by an independent expenditure group funded by Laborers Local 341. Her opponent, David Nelson, is supported by the Republican State Leadership Committee.

“The first time I knew the Laborers had something was when I got this big glossy piece in the mail,” she said.

Joelle Hall, operations manager for the AFL-CIO, said her organization is calling prospective voters, urging undeclared and nonpartisan Alaskans to vote in the Republican primaries for Sen. Giessel and Reps. Jennifer Johnston, LeDoux and Kopp, all in Anchorage. In Fairbanks, they’re urging members to support Democratic Rep. Adam Wool.

It’s a significant change from 2016, when Giessel faced AFL-CIO leader Vince Beltrami on the ballot. Since then, Giessel and the AFL-CIO have aligned on budgetary issues, with both the incumbent senator and the union saying that increases to the Permanent Fund dividend don’t make sense at a time when the state is reducing spending on education and constitutionally mandated state services.

“It makes it interesting, doesn’t it?” Hall said of the changes over the past four years. “While she is still somebody who has an eye to upholding her Republican values and wanting to cut government, she is still mindful that there are constitutional obligations that the state has.”

Giessel said she doesn’t coordinate with the unions and that her core values haven’t changed since 2016.

“I’m the only Republican in this race that supports a balanced budget that doesn’t rely on raiding the Permanent Fund. I think that strong history and experience is what caused them to throw their support behind me,” she said.

In the Matanuska-Susitna Borough, staff from Make Liberty Win have been knocking on doors and distributing information on behalf of Eastman and Kurka. The group didn’t answer a phone message left at its Washington, D.C. office, but campaign finance disclosures indicate that it is also making calls on behalf of the candidates.

Several candidates said that amid the coronavirus pandemic, the biggest effect of independent expenditure spending may be its impact on absentee voting.

The Republican State Leadership Committee sent absentee ballot request forms to voters in several House districts, and now that the deadline for ballot requests has passed, candidates and groups have switched to urging voters to fill out and return those ballots in favor of their preferred candidate.

Alaskans have requested more than 60,000 absentee ballots ahead of Tuesday’s primary, a record for any statewide election, not just primary elections. More than 20,000 votes have already been cast by mail or at early-voting locations.