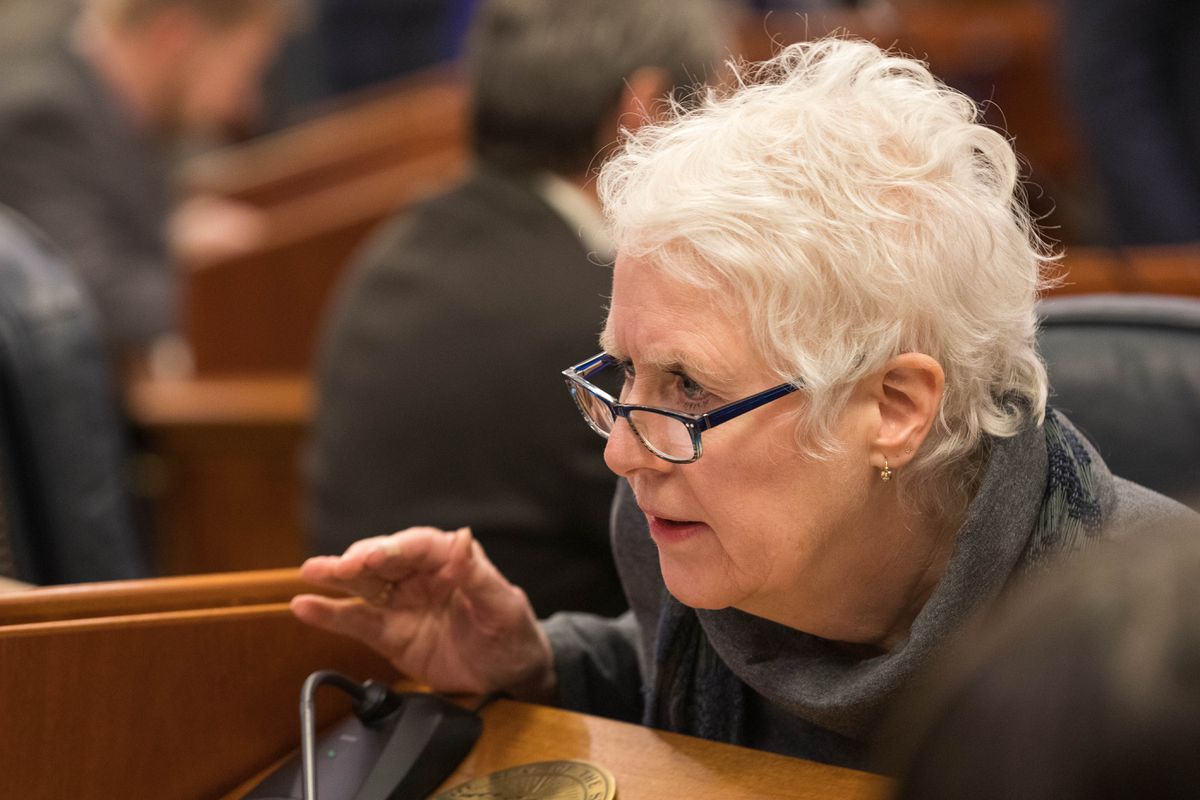 JUNEAU — A three-week deadlock in the Alaska House of Representatives ended Thursday as Rep. Louise Stutes, a Kodiak Republican, was voted speaker of the House.

The House has been split 20-20 in its organization and unable to work since the start of the legislative session in January. On Thursday, Rep. Kelly Merrick, a Republican from Eagle River, broke the tie on the Legislature’s 24th day by casting a vote for Stutes, who was named speaker in a 21-19 vote.

Merrick has been a member of a 20-member Republican bloc and said she has not joined the House’s 20-member coalition bloc, which includes 15 Democrats, four independents and Stutes. That could leave both sides without the 21 votes needed to pass legislation or take most action.

“I don’t know if we have 21,” Stutes said on Thursday afternoon but emphasized that may be a temporary situation.

Stutes is the only Republican member of the coalition and said she intends to talk to every other Republican to ask whether they would be willing to join a new majority.

Rep. Stutes sent this letter out to members of the Alaska House, encouraging folks to join a new majority. #akleg pic.twitter.com/oR7h0m1Icb

By the end of the day Thursday, there was no sign that any of the House’s other Republicans had committed. Most were in a closed-door meeting that lasted for several hours through the afternoon, though Merrick herself was noticeably absent from that meeting and from a group photo.

The first milepost for any new House majority will come on Friday. As speaker, Stutes must appoint members to a committee that selects the membership of other committees that govern the flow of legislation. The Legislature’s internal rules say that committee must meet “not later than the day following election” of the Speaker.

“I don’t want it to be one-sided,” Stutes said. “My vision would be a coming together. And so I’m stalling on committee on committees until I have an opportunity to speak with people that might want to fill one of those spots.”

She said she doesn’t know why Merrick decided to break the deadlock — she didn’t talk with the Eagle River Republican beforehand.

“There was no prearranged vote. I was as surprised as anybody else, that there were 21 votes,” Stutes said.

She said Merrick’s decision was a brave one because it exposes her to criticism from Republicans who value party loyalty.

On Twitter after the vote, former Wasilla Republican Rep. Colleen Sullivan-Leonard called Stutes and Merrick “fake Republicans” for their actions.

“That’s not an easy thing to do: swim upstream. And I believe that’s pretty much what (Merrick) did, to move the state forward, and to allow for the House of Representatives to take care of business,” Stutes said.

Ten House Republicans either declined comment or had only brief remarks when asked their thoughts on the vote.

Rep. Steve Thompson, R-Fairbanks, said the feeling was one of “confusion,” and even members of the House coalition said they were surprised.

“Did I expect it to happen? That’s a little bit of a strong statement. Am I glad that it happened? Yes. I don’t think anybody expected it would happen,” said Rep. Dan Ortiz, I-Ketchikan.

Rep. Matt Claman, D-Anchorage, said there had been a theory that proposing Stutes as speaker could be more palatable to Republicans: They would be voting one of their own for speaker instead of an independent or Democrat.

After her tie-breaking vote, Merrick left the House floor by a side door. She did not respond to a message left on her cellphone but issued a written statement:

“Today, I voted to elect Republican Representative Louise Stutes as Speaker of the House, ending more than three weeks of deadlock and allowing the Legislature to move forward. It was by no means an easy decision to make, but it ensured that no matter how organization comes together, there will be a Republican Speaker,” Merrick said.

“To be clear, I have not joined the Alaska House Coalition. However, like most Alaskans, I have been frustrated by taking the same fruitless votes day after day and I felt we could no longer afford to delay extending the governor’s emergency disaster declaration, crafting a fiscally conservative budget, and passing the construction jobs bill.”

In recent days, House legislators have come under increasing pressure over their failure to organize, and the current deadlock was the second-longest since statehood. (A deadlock in 2019 lasted 31 days.)

Alaska’s COVID-19 state of emergency expires at midnight Sunday morning, and Gov. Mike Dunleavy said Wednesday that any extension is up to the Legislature.

[Alaska legislators doubt they will extend COVID-19 emergency before deadline]

The state of emergency allows speedier distribution of vaccines and treatments, public health experts have testified, and the state would lose some federal aid without it.

The Alaska Senate is expected to vote Friday to extend the emergency for 30 days, but the House must also approve the extension before it becomes effective.

Stutes said she doesn’t know if the House will be able to take up the issue before the deadline.

“But I am an eternal optimist. And I believe anything’s possible if you believe enough in it. I would have never believed I was speaker.”