Alaska legislators doubt they will extend COVID-19 emergency before deadline 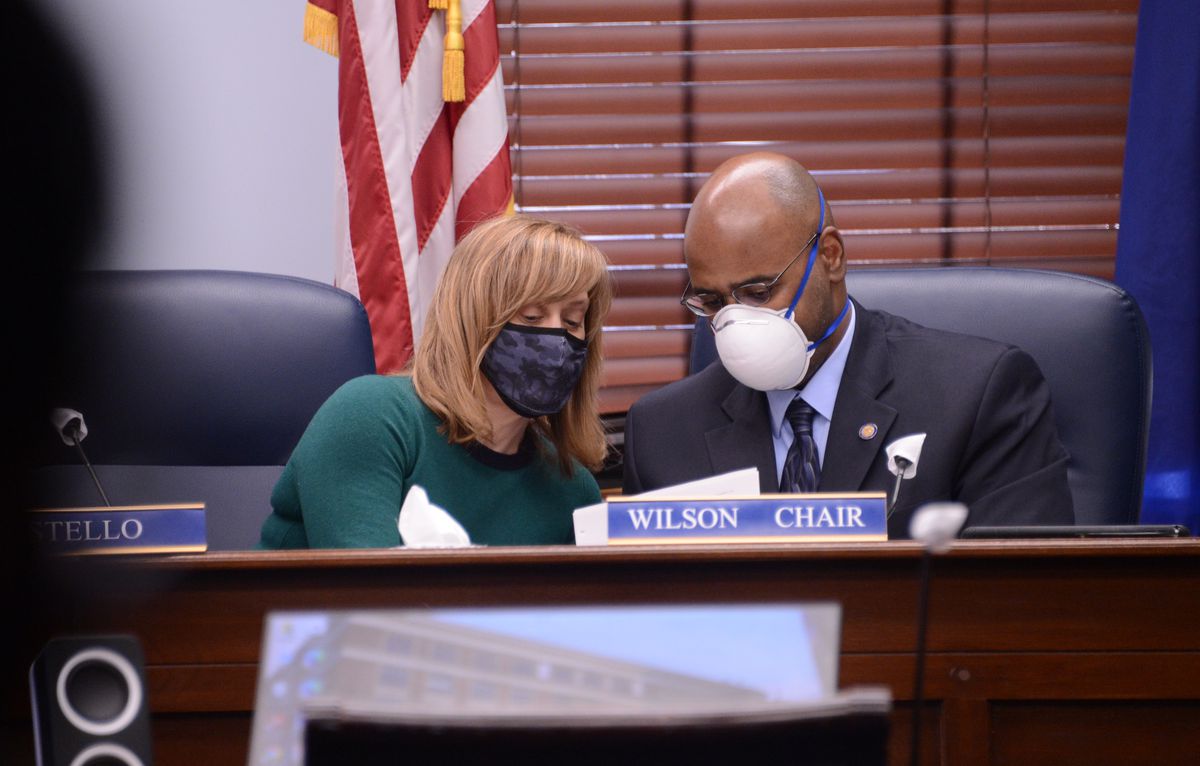 JUNEAU — Five days before the expiration of an emergency declaration used to coordinate and deliver Alaska’s response to the COVID-19 pandemic, lawmakers say the state Legislature is unlikely to extend the declaration before the deadline.

While the state Senate may vote on a 30-day extension as soon as Friday, the state House hasn’t yet organized, is deadlocked 20-20 and is unable to consider legislation. The emergency declaration expires Sunday.

Rep. Steve Thompson, R-Fairbanks and a leading member of the House’s 20-member Republican bloc, said even if the House were to break its tie and pick a leader immediately, it would be “probably a week” before an extension vote in the House.

Local governments and health experts, including the Alaska Department of Health and Social Services and the state hospital association, have urged the Legislature to approve an extension through Sept. 30, saying the disaster declaration is integral for distributing the COVID-19 vaccine and coordinating treatment and testing.

“If (the extension) is not passed, the state risks losing pharmacists, technicians and pharmacies as key players in the fight to end the pandemic through testing and vaccinations,” wrote Ashley Schaber, president of the Alaska Pharmacists Association.

The extension “is critical to Alaska’s healthcare system; it will allow us to continue to lead the nation with our COVID-19 response.”

But members of the public have delivered public testimony against the extension, saying they do not think a statewide emergency is justified because case counts are falling and treatments are available.

Taking that testimony into account, a Senate committee voted 4-1 to advance a shorter 30-day extension.

“I, like many who testified today, do not believe we are still in a state of emergency,” said Sen. Shelley Hughes, R-Palmer.

Micciche and Sen. Mia Costello, R-Anchorage, said the intent is to advance that extension as rapidly as possible. That would leave the issue in the hands of the state House, which has been tied 20-20 since the start of the legislative session.

With no end to the deadlock in sight, some members of the House are considering extraordinary options, such as having legislators sign a letter intended to give legal cover to Gov. Mike Dunleavy if he unilaterally issues a new 30-day disaster declaration, effectively extending the status quo.

Austin Baird, a spokesman for the House’s 20-member coalition bloc, said the details are still being finalized, but any option would “affirm support for the governor’s efforts to prevent the current declaration from expiring.”

”It would provide the governor a little bit of the legal cover he’s wanting,” said Senate Minority Leader Tom Begich, D-Anchorage, who said he has discussed the idea with members of Dunleavy’s staff.

The governor’s office wouldn’t say whether it would be willing to consider the idea, and Thompson said he had not heard of the letter.

If the House asks Dunleavy to unilaterally extend the emergency, it would be a notable turnabout: Legislators previously criticized the governor for issuing 30-day declarations of emergency in November, December and January to preserve the status quo after a Legislature-authorized emergency declaration expired in the fall.

The House’s coalition bloc issued a statement last week supporting an extension of the emergency; the Republican bloc has not issued a joint statement.

Thompson said House Republicans are reserving comment until they see what the Senate proposes. He personally supports an extension.

In Tuesday’s meeting of the Senate Health and Social Services Committee, Sens. Lora Reinbold, R-Eagle River; Mia Costello, R-Anchorage; and Hughes all said they are interested in ending the state of emergency.

Costello and Hughes said they could support legislation that allows elements of the state’s COVID-19 response to continue without a state of emergency, and thus voted for a 30-day extension to allow time for that legislation to be drafted.

“I think it’s clear that the Senate is interested in ending the disaster proclamation. However, it’s a time management issue. It seems unlikely that we can have the other legislation in place prior to the deadline,” Micciche said.

Of 55 American states and territories, only Michigan does not have a current COVID-19 state of emergency, according to the National Governors Association.