With Begich the only candidate planning to attend, a traditional Kodiak debate on fisheries is canceled 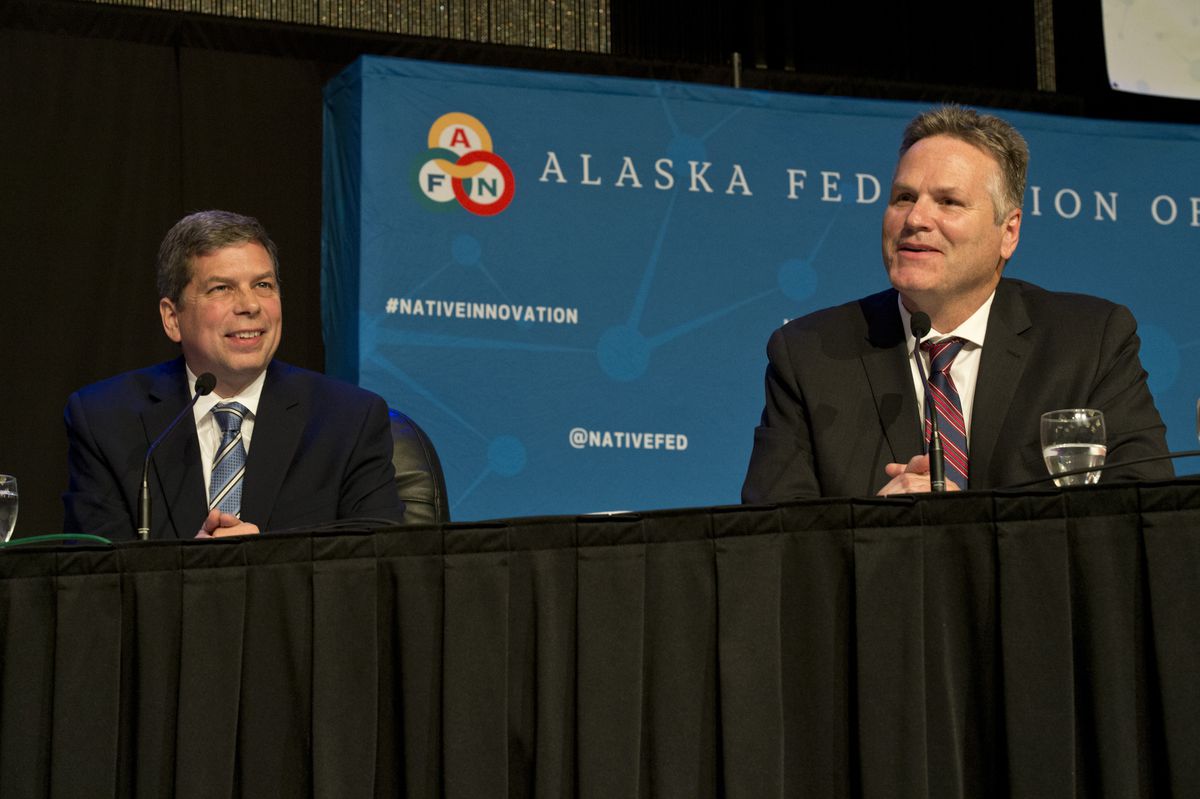 A long-running gubernatorial fisheries debate in Kodiak set for Monday was canceled because Democrat Mark Begich would have been the only candidate there.

Begich and Gov. Bill Walker, an independent, had said they would go to the debate, which had been set for Monday evening. But Walker announced Friday he was suspending his campaign for re-election.

"We decided it would be the best step to cancel," Frank Schiro, executive director of the Kodiak Chamber of Commerce, said Monday. That group co-hosts the debate with radio station KMXT. "Even if it was just one individual — (with) no other viewpoints, it kind of becomes a campaign platform."

In August, Republican candidate for governor Mike Dunleavy said in a radio segment that his team was "planning on being there," but he ended up declining the invitation.

Dunleavy has been criticized this campaign season for not showing up at some events. But he participated in 15 debates during the primary season and 10 debates so far in the general election, spokesman Daniel McDonald said in an email Friday.

Last Wednesday, Schiro said, he finally got a confirmation that Dunleavy would not attend.

"The message it sends to us is, the fishery industry itself is not important, and outlying communities, and Kodiak specifically, are not important to his consideration," Schiro said.

In an Aug. 31 radio segment on Alaska Public Media, Dunleavy was asked if he "would commit to participate" in the Kodiak fisheries debate.

He responded: "I believe that our team is in contact with those folks and actually setting something up so that we'll be there — we're planning on being there."

In an email Friday, Dunleavy campaign spokesman McDonald said, "The campaign never committed to doing the forum in Kodiak."

It's the first time in 27 years of the Kodiak fisheries debate that a candidate has declined to attend, Schiro said. He was not aware of a year that it had been canceled.

Earlier this month, through a spokesman, Dunleavy declined repeated requests from the Daily News for an interview about his plans for the Alaska Permanent Fund dividend and sent emailed statements instead. Dunleavy says he wants to restore the full PFD to Alaskans after Walker reduced it.

At a debate Thursday at the Hotel Captain Cook, when a reporter asked to talk to Dunleavy about his budget plan, campaign manager Brett Huber said: "Obviously anything you want to send us that we can respond to in writing, he's the guy that gets to respond to it in writing … if we can't meet with you individually."

After that debate, a reporter asked Dunleavy about his PFD plan if oil prices drop again.

Dunleavy on Monday was in Utqiagvik, formerly Barrow, "to meet with voters," McDonald said. Facebook shows a 5:30 p.m. event set for the Inupiat Heritage Center there.

Begich will still be in Kodiak, where he has several events planned Monday, including a 5:30 p.m. meet-and-greet at Kodiak Island Brewing Co. and a 7 p.m. town hall at the Afognak Native Corp.