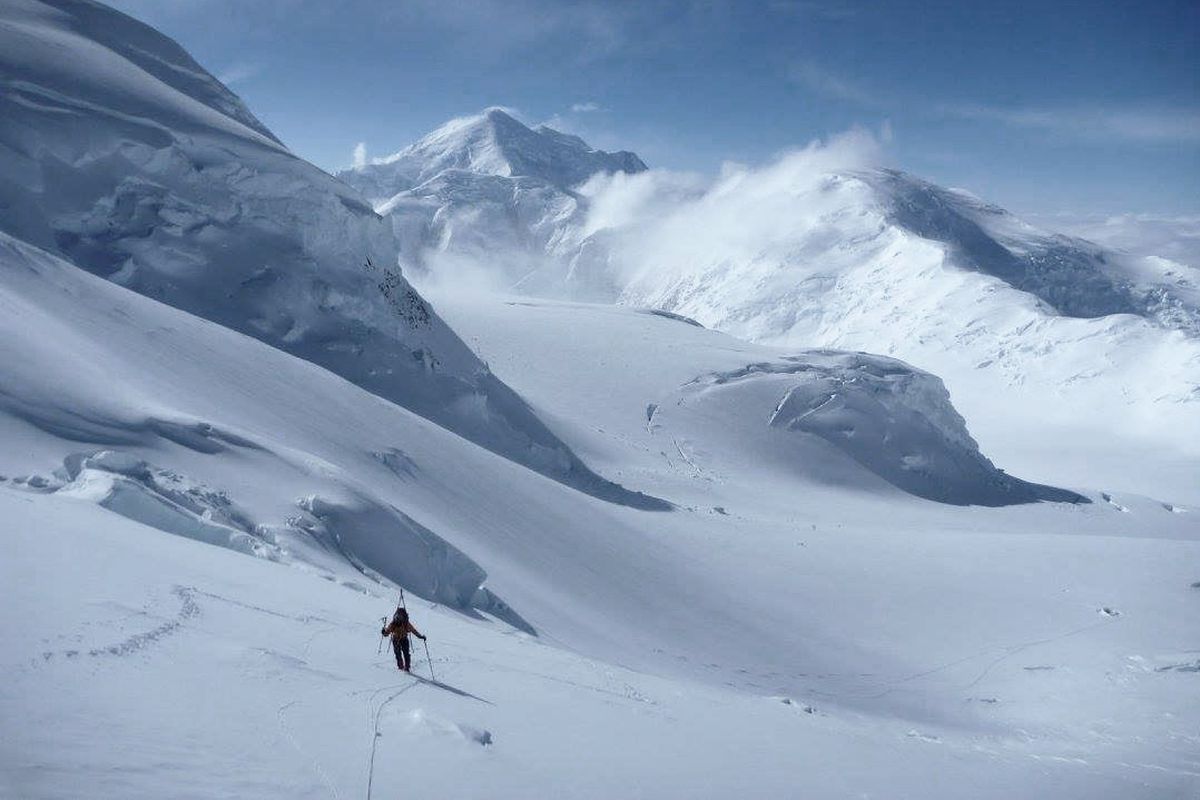 Forrest Barker and Connor Chilcott of Seattle ascended Denali via the Cassin Ridge, logging the first summit of the season on April 16, 2017.

Forrest Barker and Connor Chilcott of Seattle ascended Denali via the Cassin Ridge, logging the first summit of the season on April 16, 2017.

Two climbers reached the top of Denali last Sunday via the challenging Cassin Ridge and then survived a harrowing descent to complete the first ascent this season of North America's tallest peak.

The April 16 summit came about a month earlier than the first summits in the previous two seasons.

The names, nationalities and genders of the climbers were unknown Saturday afternoon. But a brief account of their adventure by Denali National Park and Preserve described a perilous descent.

Both climbers suffered medical issues — frostbitten feet for one, severe altitude sickness for the other — on their way to the 20,310-foot summit.

On the way down, they faced high winds that destroyed their tent, according to the National Park Service's Denali Dispatch blog.

"The team set up a hasty camp in the rocks below the Football Field on the West Buttress at approximately 19,000 (feet)," according to the blog. "Their tent was destroyed by wind. Illness and meager food/water made safe egress nearly impossible. Moderate/easy terrain was rendered almost impassable by their condition."

The climbers began their trip on Sunday, April 9, according to the Park Service. They summited a week later on April 16 and flew off the mountain Friday.

The Cassin Ridge, first climbed in 1961 by a group led by Italy's Ricardo Cassin, is an advanced route that rises 8,000 feet from the bottom of Denali's South Face. It starts at 11,200 feets and ends nearly at the summit.

A small fraction of climbers who reach the top of Denali get there by way of the Cassin Ridge.

This year's initial summit is early compared to the last two years. Last year's first summit was recorded May 13, and the first summit in 2015 happened May 17.

It's early in the season for Denali climbers, who are expected to be out in force by the first of May. So far 832 people have registered their intent to climb the mountain, with another 19 registered to climb neighboring Mount Foraker.

As of Saturday afternoon, three people were on Denali and none were on Foraker. The team on Denali is climbing the popular West Buttress route, and according to the park service, it too has a member suffering from frostbite.

Both of the expeditions — the one that is over and the one in progress — "have experienced numerous crevasse falls because of early season snow," the Denali Dispatch reported. "Roped travel has prevented our season's first fatalities. One of the biggest falls was reported when a climber was belaying his teammate out of a probed camp and they 'just disappeared' out of sight into a large crevasse."

Conditions in April can be much more hazardous than those in May, said the park service, which noted "an uptick in early season rescue and tragedy" in the last several years.

From 2010 to 2016, 4,370 people reached the top of Denali. Only 62 of them got there via the Cassin Ridge, the route followed by the first two people to summit the mountain this spring.