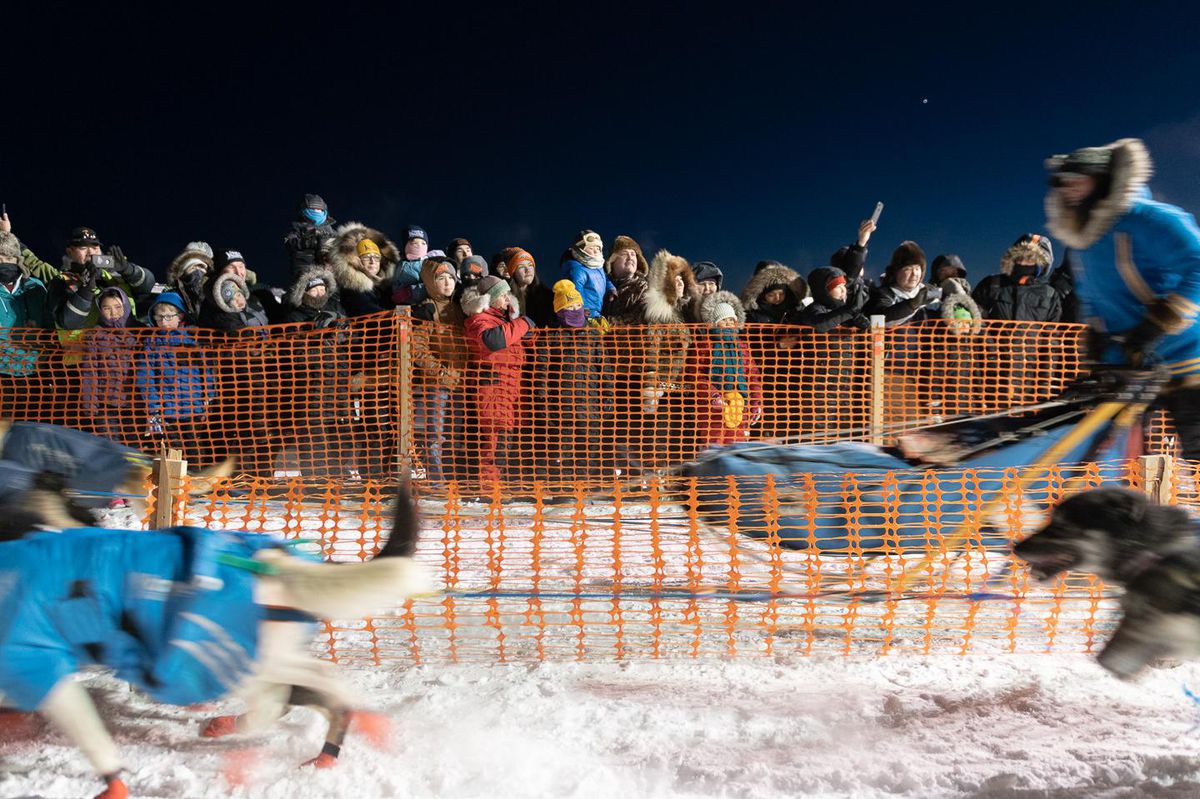 Four-time champion Pete Kaiser of Bethel pocketed a $1,000 gift card for being the first musher to reach the halfway point of the Kuskokwim 300 on Saturday afternoon

But it was Jeff King of Denali Park who grabbed the trail lead by leaving the Aniak checkpoint first. He drove off behind a team of 10 dogs at 2:41 p.m. after a brief one-hour stay.

Earlier in the day, Bethel’s Matt Scott won the Bogus Creek 150, which goes from Bethel to Bogus Creek and back, via Tuluksak. Scott beat Ron Kaiser — Pete’s dad — by 6 minutes to earn his first Bogus Creek victory.

Scott reached the finish line at 10:11 a.m., followed by Ron Kaiser at 10:17 a.m., who beat third-place and defending champion Jason Pavila by one minute. Scott was in third place at the Bogus Creek halfway point but he came from behind to claim the $12,000 first-place prize.

In the 300-mile race, Pete Kaiser, the reigning Iditarod champion, drove a team of 12 dogs into Aniak at 12:23 p.m. Saturday. His reward for getting their first was a $1,000 gift card from the Alaska Commercial Co.

Nine minutes later, another musher who lives in the region — Richie Diehl of Aniak — showed up, leading a group of five teams that arrived in a seven-minute span. Bringing up the rear of that group was defending Kusko 300 champion Matthew Failor at 12:39 p.m.

A Kusko 300 winner is expected to reach Bethel sometime on Sunday. On their way back to Bethel, mushers must stop in Tuluksak, 48 miles from the finish line, for a mandatory four-hour layover. You can follow the progress of mushers here.