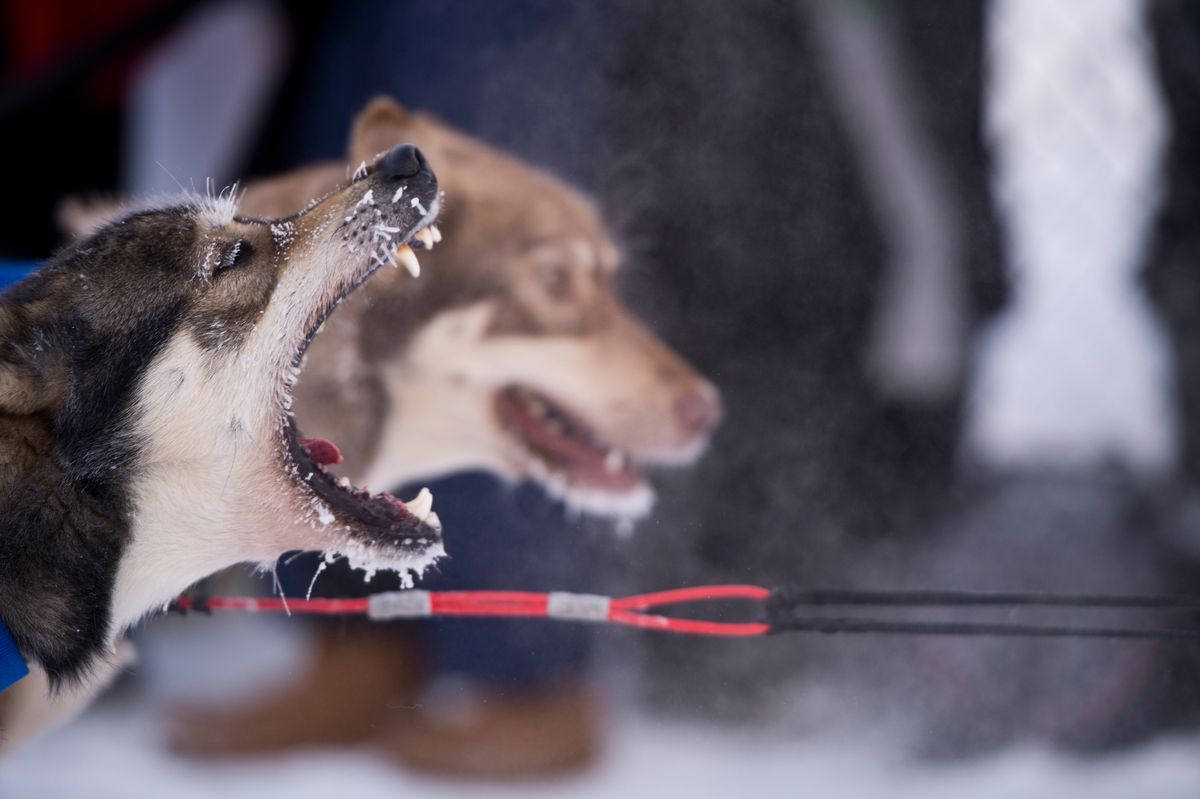 It’s halftime in the Yukon Quest.

Frontrunners Brent Sass and Michelle Phillips reached Dawson City within 71 minutes of each other early Thursday morning and settled in for a mandatory 36-hour layover in the historic town on the Yukon River.

The Quest’s remaining nine mushers spent Thursday on the trail between Eagle and Dawson City, a stretch of 150 miles that includes some demanding mountain ascents and descents.

Sass, of Eureka, is the defending champion of the race, which started Saturday in Fairbanks and should end early next week in Whitehorse. Dawson City is 526 miles into the race.

Sass and Phillips, of Tagish Lake, Yukon, were seldom separated by more than several miles during their run from Eagle. Sass left Eagle, the last checkpoint in Alaska, at 1:40 a.m. Alaska Standard Time on Wednesday, with Phillips leaving at 2:55 a.m. On the way to Dawson City, Phillips trimmed four minutes off Sass’ lead.

Strathe, of Cantwell, and Moore, of Two Rivers, showed up in Dawson City within 40 minutes of each other Thursday, with Strathe reaching the checkpoint at 12:18 p.m. PST and Moore following at 12:55 p.m.