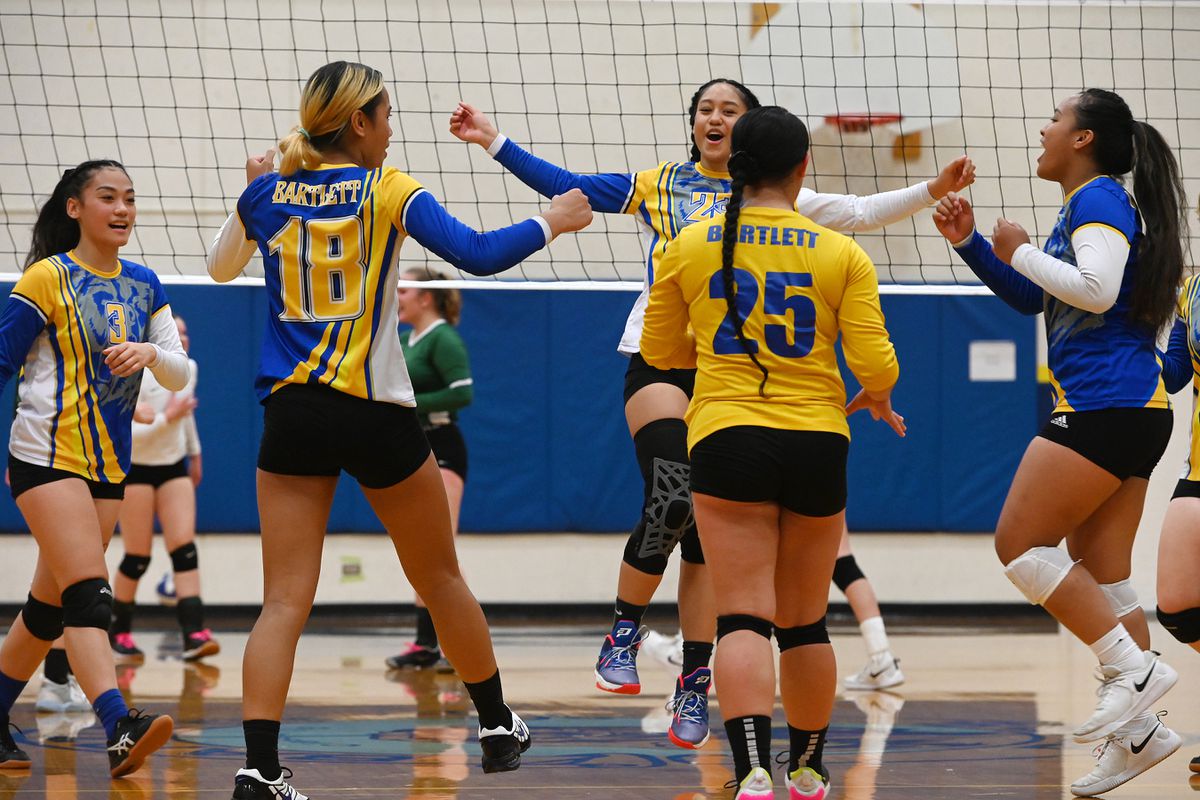 Less decisive but more dramatic were wins registered by Eagle River and Dimond, which both recovered from first-set losses to triumph in five sets.

Eagle River got a boost from the service line, where Abrianna Phinney served five aces, Kayleigh Meneses served four and Chloie Garber and Caelen Lower each had two.

Meneses tallied a team-high 11 kills, Lower added eight and Garber had seven. Running the offense was Liz Ruehle with 35 assists.

Eagle River dominated the final set thanks to its teamwork, coach Rochelle Burcell said: “Everyone did their job, kept the ball in play and only made a few errors.”

In the South-East match, the defending state champion Wolverines survived a close second set to get the sweep. East’s loss came despite a 14-dig, five-kill night from Precilla Fagafaga.