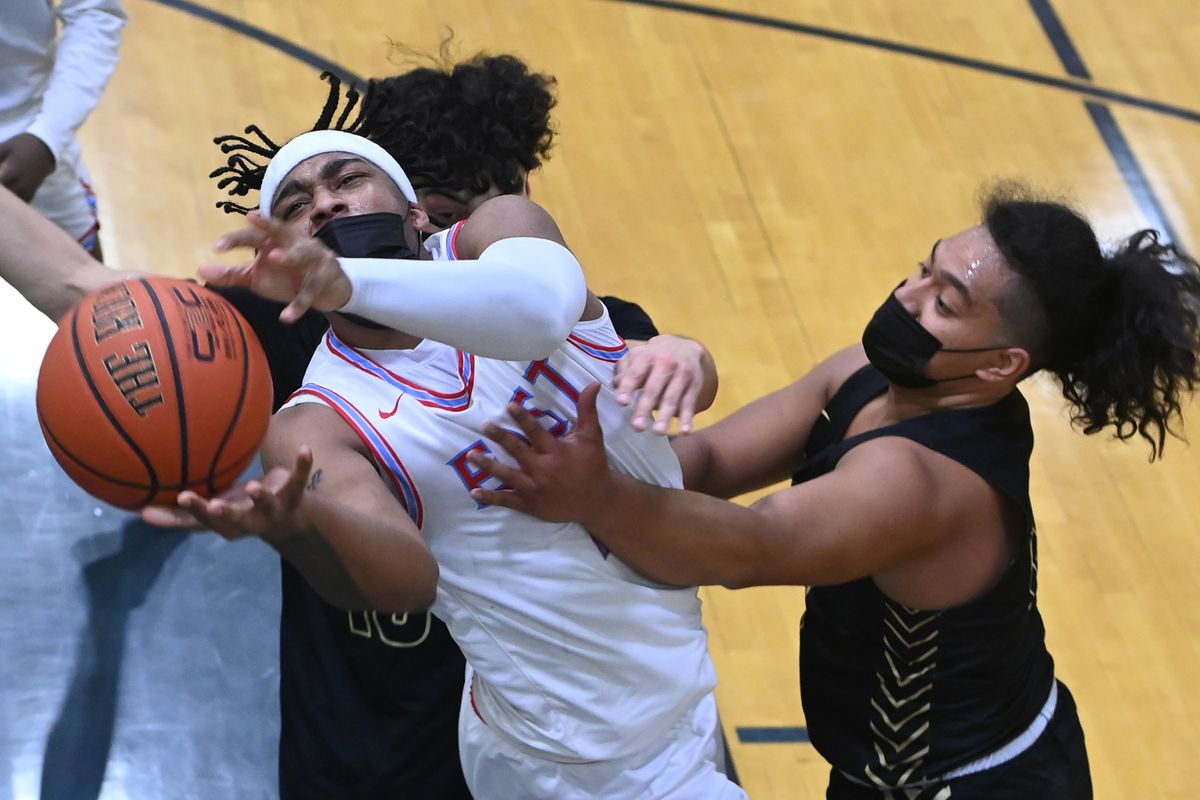 East High senior Hasaan Herrington draws a foul while driving to the basket at the Class 4A boys state basketball tournament in March. (Bill Roth / ADN)

East High senior Hasaan Herrington draws a foul while driving to the basket at the Class 4A boys state basketball tournament in March. (Bill Roth / ADN)

Louis Wilson is beginning his fourth decade as a college basketball coach by circling back to where he came from.

A 1983 graduate of East High, where he was a disciple of the incomparable Chuck White, Wilson is the head coach at the University of Texas at Tyler. He enters his 31st season having recently bolstered his NCAA Division II roster with the addition of East High standout Hasaan Herrington, a 6-foot-2 guard who led Wilson’s alma mater to a state championship this season.

At Tyler, Herrington will join a team that also includes West High graduate Da’Zhon Wyche. Wyche was Wilson’s first recruit from Alaska since becoming Tyler’s head coach in 2019, and it’s a safe bet Herrington won’t be his last.

Wilson is an Alaskan who likes players from Alaska, and when you ask him why, he answers in paragraphs.

“I know how hard it is to be good when it’s 25 below and you’ve got to get on a PeopleMover to get to where you need to go work out. I think kids in Alaska grow up learning more skills than a lot of Lower 48 kids because they’re not playing (games) as often, but they’re in gyms because you can’t be hanging outside. They’re shooting a little more than other kids.

“I love the chip on your shoulder (like the one) Coach White instilled in us — ‘We’re from Alaska and you’re not going to underrate us.’

“... I also love the fact that Alaska kids, when you make that connection of ‘I’m an Alaskan,’ there’s a loyalty, a connection. Every Alaska kid I have ever recruited, when I start talking East Thunderbirds, they love that. ‘You’re like me.’ "

Wilson, 55, has recruited numerous Alaskans and helped connect numerous others to junior college and other levels of college basketball in his 30 years as a Division I and Division II coach.

For 23 years, he was an assistant or associate coach at the Division I level — seven seasons at Utah State, eight at Idaho State, four at Cal-Northridge, three at Utah State and one at Grand Canyon University.

During five years as the head coach at Division II Adams State from 2010-15, Wilson compiled a 95-46 record with three NCAA tournament appearances. He followed that with stops at Utah State and Grand Canyon with the hope they might lead to a Division I head coaching job, but he said his season at Grand Canyon “convinced me more than ever that I wanted to be a head coach and have the opportunity to express my leadership.”

When Wilson was introduced publicly as the Tyler coach, he thanked his mom, Dolores Waldron, and his mentor, Chuck White. Wilson favors the kind of fast-paced, pressure defense style that White deployed during a wildly successful career at East High and later at West High.

Wilson played on two of White’s 18 state championship teams before going on to play junior college and NAIA basketball. He returned to Anchorage after he graduated from William Jewel College, got a job selling advertising for KTUU and was White’s JV coach for a few years before getting his first college job in 1992 with Southern Utah.

In Herrington, Wilson said the Patriots are getting a player who is physically strong and willing to work to get better.

And, as the leader of East’s 17-0 team this season, Herrington achieved something that many of East’s most famous players, including Trajan Langdon and Muff Butler, didn’t.

“He was on an undefeated state championship team,” Wilson said. “I don’t care if it’s a COVID year. He’s a winning kid, and sometimes that transcends every skill you have. When you are the central force of an undefeated basketball team, you’ve got something special going.”

Louis Wilson through the years