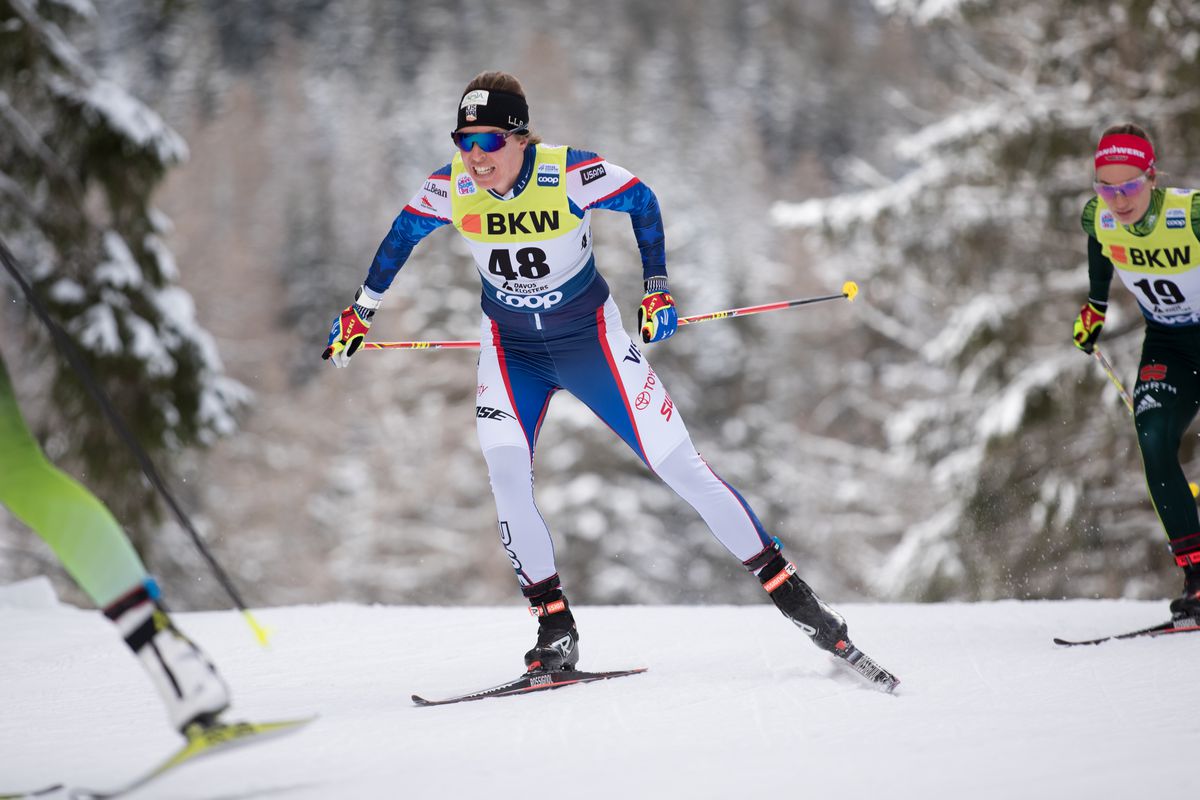 Anchorage skier Rosie Brennan, shown here in a December race, was the top American at the World Championships on Saturday.

Anchorage skier Rosie Brennan, shown here in a December race, was the top American at the World Championships on Saturday.

Rosie Brennan of Anchorage turned in one of the best races of her career Saturday at the World Championships in Seefeld, Austria.

Brennan, a member of the APU nordic program, grabbed 10th place in the women’s 15-kilometer skiathlon to lead the American team.

It was a particularly satisfying result for Brennan, whose Olympic debut last winter in South Korea was spoiled by illness. She battled mononucleosis for the last several weeks of the season and her results suffered so much that she lost her position on the U.S. Ski Team.

“Today was quite a turn around from one year ago,” Brennan said by email. “I am very happy with how I skied the race. I think tactically, it was one of the best races I have skied. I felt really good so of course I'm wondering now if I could have done more, but it was an excellent way to start off the Championships.”

Norway’s Therese Johaug won the women’s in 36:54.5, nearly a minute ahead of anyone else. Brennan, who earlier this year enjoyed a career-best sixth-place finish in a World Cup race, trailed Johaug by two minutes in a race that featured a 7.5-kilometer classic leg followed by a 7.5K skate leg.

Two other Anchorage women earned top 25 results. Jessica Yeaton was 22nd and Rosie Frankowski was 24th; both were about three minutes off Johaug’s pace.

In the men’s 30K, Sjur Roethe of Norway edged Russia’s Alexander Bolshunov by half a second for the gold medal. He clocked 1:10:21.8.

Two Alaska men skied in the race -- Scott Patterson was 32nd and David Norris was 38th. Both were nearly five minutes behind Roethe.