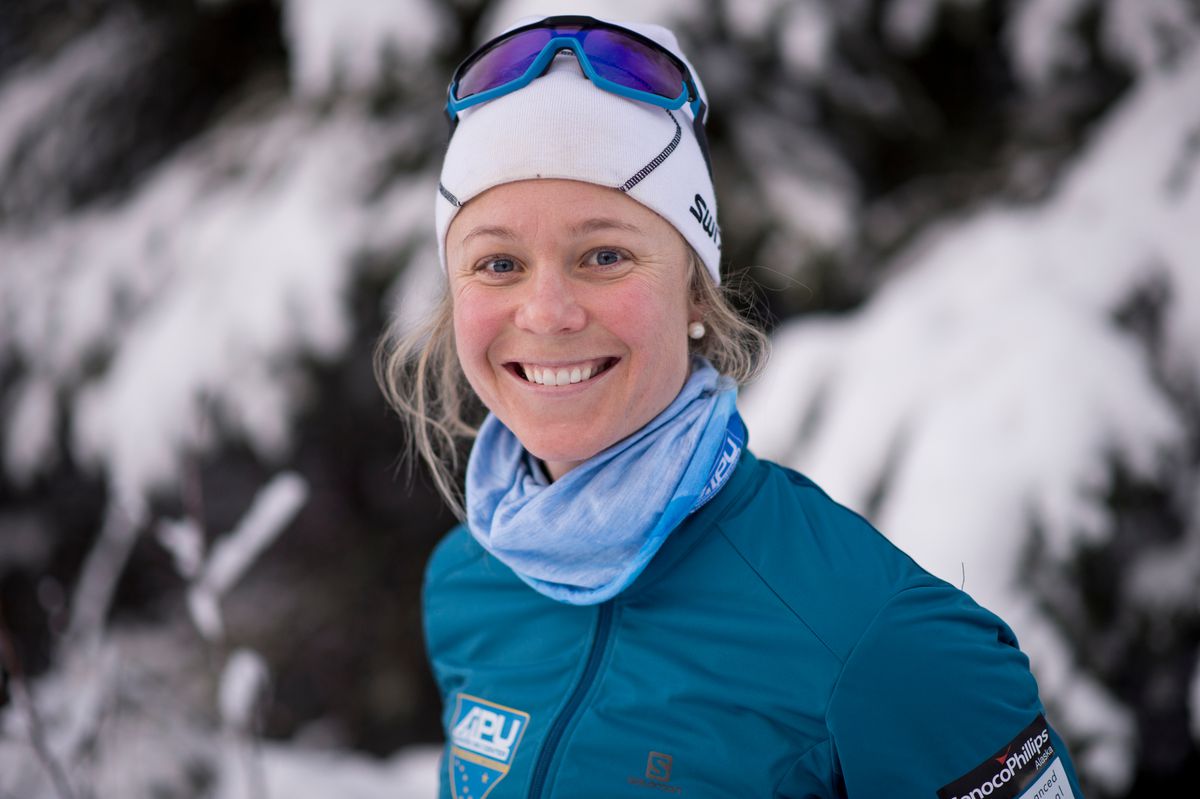 Sadie Maubet Bjornsen is usually in the headlines this time of year for her accomplishments as a World Cup skier. The Anchorage woman is one of the best cross-country skiers in the world — she ranked 8th in the world last season — and she always shines brightest early in the season.

The 2020-21 World Cup season started last week without Bjornsen, a two-time Olympian whose 10-year career includes a bronze medal from the 2017 World Championships and several visits to the World Cup podium.

She could be racing and training in Europe right now, but she’s sitting out the first part of the season in favor of a more rounded life — one that blends continued high-level training with holidays at home and milestones that don’t have anything to do with ski racing.

Bjornsen, 31, has known her husband for 10 years, and last month she spent her birthday with him for the first time. Later this month, she’ll celebrate Christmas with her family in Washington’s Methow Valley for the first time in nine years.

“As elite athletes we have our heads down all the time, and we’re so focused that it’s so easy to forget your mental happiness is part of your performance,” Bjornsen said. “If you can find that balance, that’s what’s going to make the fastest skier.”

Next week in her pursuit of that balance, Bjornsen will take her CPA exam. Then she plans to race in the Dec. 19-20 Besh Cup races at Kincaid Park before heading to Washington for Christmas, and then she’ll travel to Europe for the second period of World Cup racing.

[With some nations opting out, Alaska skiers plan to stay in Europe for World Cup races]

Once there, Bjornsen intends to continue her break from the norm. Instead of traveling from race venue to race venue with her Alaska Pacific University and U.S. Ski Team teammates, she’ll spend time between races in Meribel, France, where husband Jo Maubet works as an alpine ski instructor in the winter.

“I’m totally trying a new thing,” Bjornsen said. “I’m entering the season later and I’m having a home base with my loved one. I’ll be traveling back and forth from there, so I’m not making the hotel room my life anymore. I’m pretty lucky I can try this out.”

Bjornsen’s unorthodox approach to the season is OK with APU coach Erik Flora.

“There are many ways to be a professional skier,” he said. ”Sadie’s had a successful career and she’s also had a long career and has spent a lot of time in Europe. For most of the last decade she leaves in October and comes back in April. She’s at a point in her career where she wants to spend more time at home and has specific goals about the World Championships.”

Bjornsen said she realized last season that a shake-up might be in order.

As has been the case for several years, she got off to a strong start in the season-opening races in Kuusamo, Finland — after two races there, she led the World Cup overall standings, something no American woman had ever done before.

She went on to place seventh in the demanding Tour de Ski, but from late January on, top-10 finishes became rare.

“There was a little slump in my racing and I recognized that it wasn’t because I was out of shape but more because I was mentally fatigued from being on the road all the time,” she said. “In my younger years everything was so exciting, and it was so easy to be thrilled with every minute of the four-and-a-half months.”

The COVID-19 pandemic forced an early end to the season, and by springtime Bjornsen was considering her options.

She was certain of one thing: Her health and happiness doesn’t come solely from ski racing, it comes from about other parts of her life too — her husband, her family and a career beyond skiing.

After years of being a college student and a world-class skier, she had stepped back from school heading into the 2017-18 Olympic season. She missed the balance schoolwork gave her and set about reclaiming it by getting a summer job at a CPA firm.

“I was an accounting undergrad so I was excited to start a job with that degree,” she said. “What I learned is, holy cow, there is a whole new learning curve. It was very grounding. I had to go back to asking questions and being at the bottom of the chain.”

The job ended when summer did, and since then she’s been studying for her CPA exam while training for her return to the World Cup. She had some injuries to deal with as well, plus the daunting uncertainties of COVID-19.

“All the arrows pointed to giving the season a late start,” she said.

She figured that since her best results seem to come at the start of the season — “I think it’s because I’m happy and I’m fresh and I’m loving what I’m doing,” she said — a delayed start might put her in a good place for the World Championships, which begin in late February. That’s deep in the season for skiers already racing, but somewhat early in the season Bjornsen planned for herself.

Bjornsen’s goal is to help the U.S. women’s relay team win a medal at the World Championships. She owns four World Cup medals from relay races — two silver, two bronze — but the Americans have never made the podium at the Olympics or World Championships. Bjornsen thinks that could change this winter, and she’s striving to make it happen.

“I know I don’t have a free pass onto the team; I still have to prove my way onto the team,” she said. “But I know the level I can ski race at if I’m fit and I’m happy, and both of those things I have control of.”