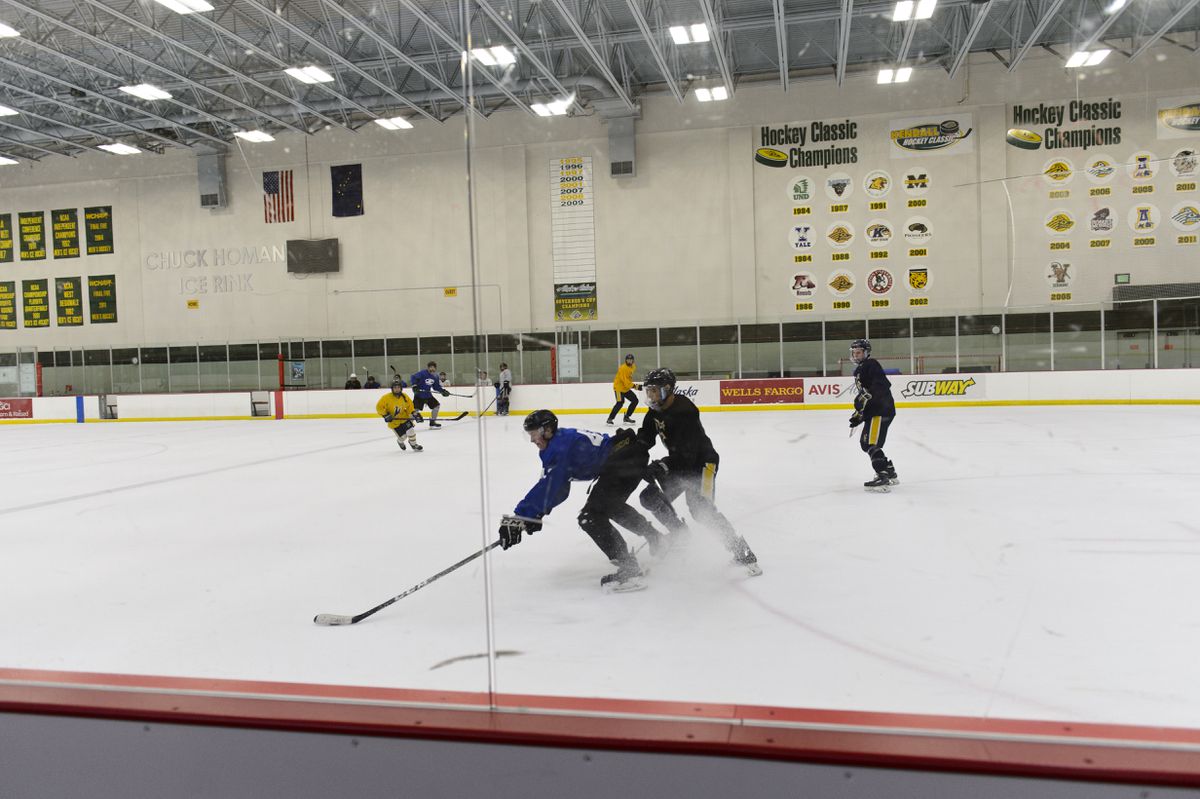 The Seawolves are moving out of Sullivan Arena and into their much smaller on-campus arena, the school announced Wednesday.

The move comes at a time when the university is facing “increasing financial constraints due to state budget cuts requiring the university to evaluate its venue needs,” according to a press release from the athletic department.

The school will need to spend money to expand the existing facility on campus, but expansion plans haven’t been finalized, Myford said.

“We’re looking at us playing in the Wells Fargo Sports Complex for the next couple of years as-is,” he said.

Instead of holding home games in an arena that seats about 6,300 for hockey, the team will play at the small Wells Fargo Sports Complex rink that has seating for about 800.

The Seawolves last season averaged 1,944 spectators per game and had about 500 season ticket-holders.

Eventually, seating capacity at the Well Fargo rink must increase in order to satisfy requirements of the Western Collegiate Hockey Association.

The WCHA requires member schools to play in arenas with seating for at least 2,500, although the league said in a statement Wednesday that it supports UAA’s decision to leave Sullivan Arena.

“Given the current budget climate in Alaska and the university’s commitment to men’s ice hockey, the WCHA supports this move and views it as a step towards strengthening the long-term viability of the Alaska Anchorage men’s hockey program,” the WCHA statement said. “UAA athletics officials have assured us that the facility will meet all other WCHA and NCAA requirements for hosting league contests in time for the upcoming season and throughout the renovation process.”

The WCHA didn’t not immediately respond to questions regarding how quickly it expects UAA to expand its seating capacity.

Myford said the university hopes to increase seating to about 1,000 without expansion, perhaps by adding seats to the balcony. “If we can find a way to get that to a thousand, that’s something we want to do,” he said.

He said he looks forward to seeing the Seawolves play in a more intimate setting. Attendance had dwindled steadily in the last several years, and 1,500 fans in an arena that holds four times that many can make the venue seem like a mausoleum.

“Going to a reduced-capacity arena isn’t a sign necessarily of a negative impact,” Myford said. “You play in a facility that gives your student-athletes the best experience they can have.

Leaving Sullivan gives UAA control over other sources of revenue like concessions and parking, Myford added. He said UAA anticipates being able to sell beer — beer sales already happen at the on-campus Alaska Airlines Center — but said it hasn’t yet decided whether to charge for parking.

In order to hit the 2,500-seat target, Myford said UAA will most likely knock out the wall behind the team benches. There is an access road and woods with trails on that side of the building, and “we can go back to that access road without needing to cross into the wooded area,” Myford said.

The decision to leave Sullivan Arena puts UAA hockey back where it started: When the team was established in 1979, it hosted games on campus.

The Seawolves moved to Sullivan Arena for the 1983-84 season, according to Dennis Sorenson, who was a member of that team. He said their first game at the then-new Sullivan Arena was an exhibition game against the U.S. national team on March 7, 1983.

“Jim Craig was their goalie,” recalled Sorenson, the Dimond High hockey coach who applauded UAA’s return to the on-campus arena.

“(G)ames will be more exciting because of smaller ice and full stands,” he said via Twitter. “2,500 intimate seating would be awesome and (would) create a great college atmosphere.

“Excited to see the renovation plans. I know it will take time but the team locker room is already redone and amazing. Many college have on-campus intimate rinks. If done correctly it will be perfect to host the high school state tournament as well.”

The rink at Sullivan is Olympic size at 200 feet long by 100 feet wide. The Wells Fargo Sports Complex is in line with most of the rest of college hockey, NHL-size at 200 x 85, or 15 feet narrower.

For Sullivan Arena, the loss of UAA means the loss of 19 bookings — 16 weekend nights during the regular season, plus three dates in March in case UAA makes the playoffs.

“UAA is releasing 19 premium winter weekend dates, and with six months to work with, I can sell those dates,” said Greg Spears, the Sullivan Arena general manager who also oversees several other municipal facilities, including the Dena’ina Center. “This isn’t as big of an economic hit to us as you would think it would be.”

Spears said he hopes to bring some ice shows to Sullivan, as well as rent ice time to youth hockey teams. He said he also intends to add events like pro wrestling and rodeo.

Alaska’s other Division I college hockey team is also eyeing a return to on-campus games. The Nanooks of UAF extended their lease with the Carlson Center for the upcoming season, but school administrators have said they plan to relocate the team to the UAF Patty Ice Arena. A timeline for that move has not been established, according to the Fairbanks Daily News-Miner.