UAA hockey coach’s first recruiting class includes 11 players, none of them from Alaska 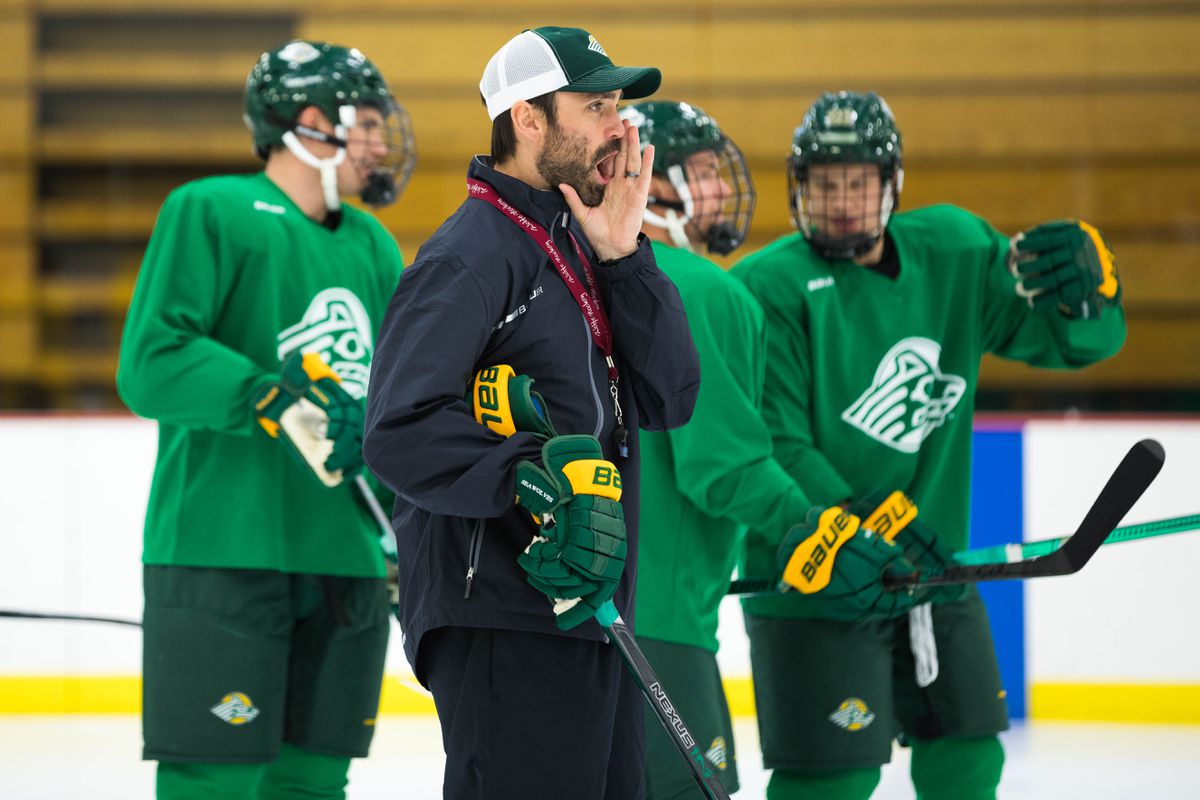 Curley, who is entering his second season with the Seawolves, announced his first full recruiting class Thursday, the result of work that began more than a year ago when he arrived in Anchorage.

“It’s been a long process to say the least,” Curley said.

No Alaskans are among the 11 players who are joining the Seawolves, who were 3-28-3 last season. One is from Michigan, one is from Minnesota, one is from New York and eight are from Canada — including a player who survived the April 2018 crash that killed 16 people from the Humboldt Broncos junior hockey team from Saskatchewan.

All are coming from junior hockey programs and all of them are freshmen, Curley said. The group includes seven forwards, three defensemen and one goalie.

“I hope we got a few good ones in there. I think we do,” Curley said. “I would love nothing more than to have 11 All-Americans and kids that are going to be all-league, but what we want and are hoping for and expecting is for these guys to help build upon the foundation we built last year.

“There’s not going to be a magic formula where these guys are going to flip a switch for us. As long as they’re buying into what we’ve been doing the past 12 months, follow suit and push our level of play — they do that, and we’ll be very happy.”

Three Alaskans are on the 2019-20 roster — Drake Glover and Aaron McPheters of Anchorage and Tanner Schachle of Wasilla. The desire is to increase that number, but it’s easier said than done, Curley said.

“It’s difficult,” he said of attracting local players. “As much as we would like to get Alaska kids, we need to give them a reason to want to be there. That comes with success on the ice and showing these kids that being a Seawolf is something worth being.

“The task for the current staff and players is to show them that.”

Curley said the incoming class was recruited before UAA announced its decision to leave spacious Sullivan Arena, which seats more than 6,000 for hockey, and move home games to the tiny on-campus rink at the Wells Fargo Sports Complex, which seats 800.

He said he and his assistant coaches will try to sell future players on the appeal of playing on campus.

“Any athlete wants to be in an environment where it’s fun and exciting — and as great as Sullivan was, we lost some of that,” Curley said, a reference to poor attendance that has plagued the team for several years. “We’re telling kids they can be the center of things on campus, and it’s hard not to get excited about that.”

The new players will replace five seniors and four other departures from last season’s team. Among those who left before their eligibility ran out were sophomore goaltender Brody Claeys, junior forwards Jonah and Nathan Renouf and sophomore forward Jordan Xavier. Claeys, the best of three goalies last season, and the Renouf twins are probably going pro, Curley said; none are transferring to other NCAA Division I teams, he said.

Joining the team are:

— Forward Brayden Camrud (5-foot-9, 180 pounds; Saskatoon, Saskatchewan). He was one of 13 players who survived the crash that killed 16 people on the Humboldt Broncos bus in April of last year. In his third and final season with the Saskatchewan Junior Hockey League team, he scored 55 points in 48 regular-season games and another 12 points in seven playoff games while serving as an alternate captain.

— Forward Alex Frye (5-11, 175; Clarkston, Michigan). A veteran of four seasons in junior hockey, he scored 60 points in 65 games last season for the Jamestown Rebels of the NAHL.

— Forward Rylee St. Onge (5-10, 195; St. Catharines, Ontario). A veteran of five seasons of junior hockey, he had 39 points in 72 games last season with the Des Moines Buccaneers of the U.S. Hockey League.

— Forward Marcus Mitchell (6-2, 200; Kelowna, British Columbia). He scored 120 points in 198 games during four seasons of junior hockey and played for the Nanaimo Clippers of the BCHL last season.

— Defenseman Troy Robillard (6-3, 205; Coquitlam, British Columbia). In his fourth and final season with the Coquitlam Express of the BCHL, he scored 40 points in his final two seasons and was a team captain in his final season.