UAA, UAF will lose a conference foe when Concordia-Portland closes at the end of the spring semester 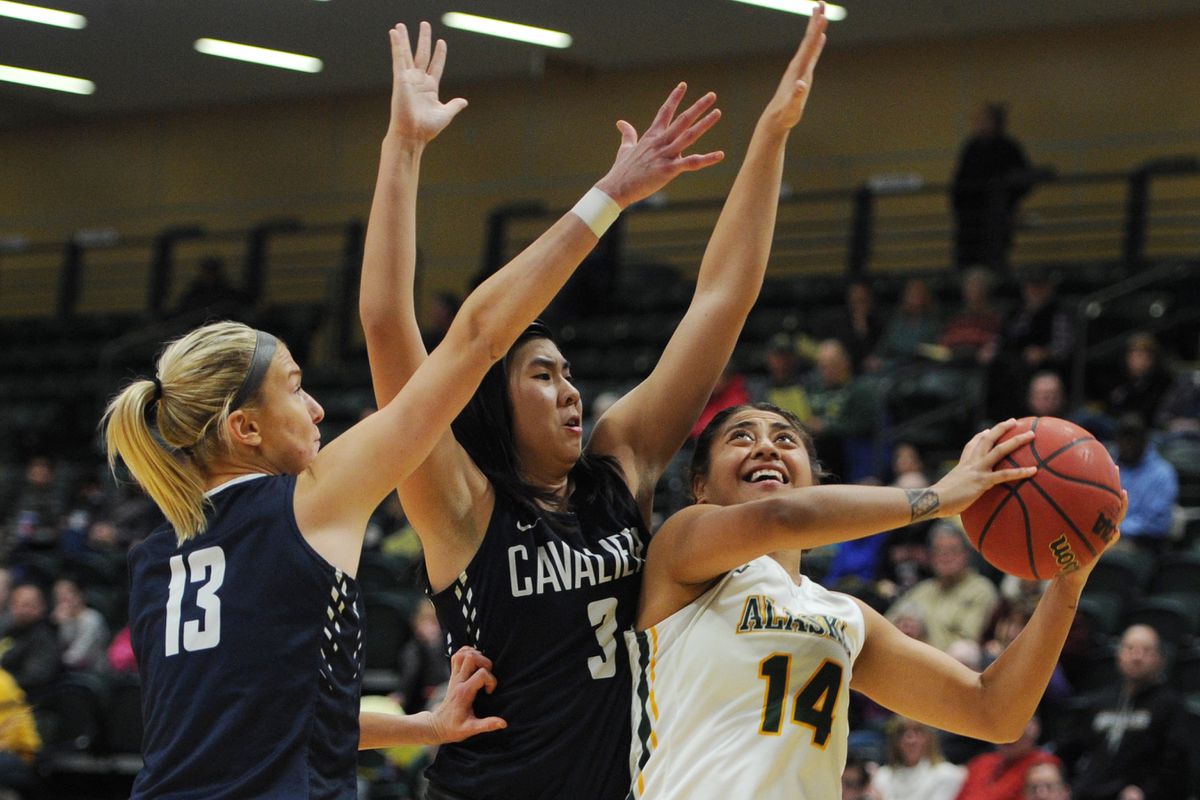 Players from Concordia try to defend UAA's Sala Langi during a women's basketball game earlier this season. Concordia is closing at the end of the spring semester. (Bill Roth / ADN)

Players from Concordia try to defend UAA's Sala Langi during a women's basketball game earlier this season. Concordia is closing at the end of the spring semester. (Bill Roth / ADN)

A school that competes against UAA and UAF in the Great Northwest Athletic Conference is closing at the end of the school year.

Concordia University of Portland announced Monday that it will close at the end of spring semester, leaving some 5,000 students without a school and 1,500 employees without a job, according to various news reports. The small, private school is 115 years old.

For UAA and UAF, the closure means one fewer conference opponent in basketball and volleyball — and openings on next season’s schedules for two nonconference games.

It also means at least one Alaska athlete — freshman soccer player Kyle Dearborn of Wasilla — will be looking for a new team. Two other Alaskans on Concordia rosters — Kaitlyn Bailly of Anchorage and Chase Stephens of Palmer — are both seniors on the women’s track team.

Blake Timm, the communications director for the GNAC, said the impact on basketball and volleyball should be minimal.

“Both sports will revert to the 20-game conference schedules that we had prior to Concordia beginning full GNAC play in 2015-16,” he said by email. “The two fewer conference dates will provide members the opportunity for scheduling two more non-conference opponents should they wish to do so.”

Timm said an even number of teams typically makes it easier to draw up a schedule “but whether even or odd, that has never been an overriding priority for us.”

“We have consistently worked on schedule models that have ranged anywhere from five to 11 members across our eight team sports,” he said. “For the sports of basketball and volleyball, 12 would be the preferred number.”

He said the conference is always on the lookout for schools that would be a good fit for the GNAC. “This type of work is ongoing and will continue to be a priority for the conference leadership,” he said.

Concordia also fields track teams that compete against UAA. The Cavaliers were the GNAC champions in men’s track — indoor and outdoor — in 2018, and also won conference titles in women’s golf (2018), softball (2019) and women’s soccer (2018). Athletes from the school have won a total of 40 individual GNAC championships, the conference said.

The Seawolves will be a part of Concordia history later this month. The Cavaliers will play their final home basketball games on Saturday, Feb. 29, against the UAA men’s and women’s team.