Bill Fulton’s account of how he took down Schaeffer Cox 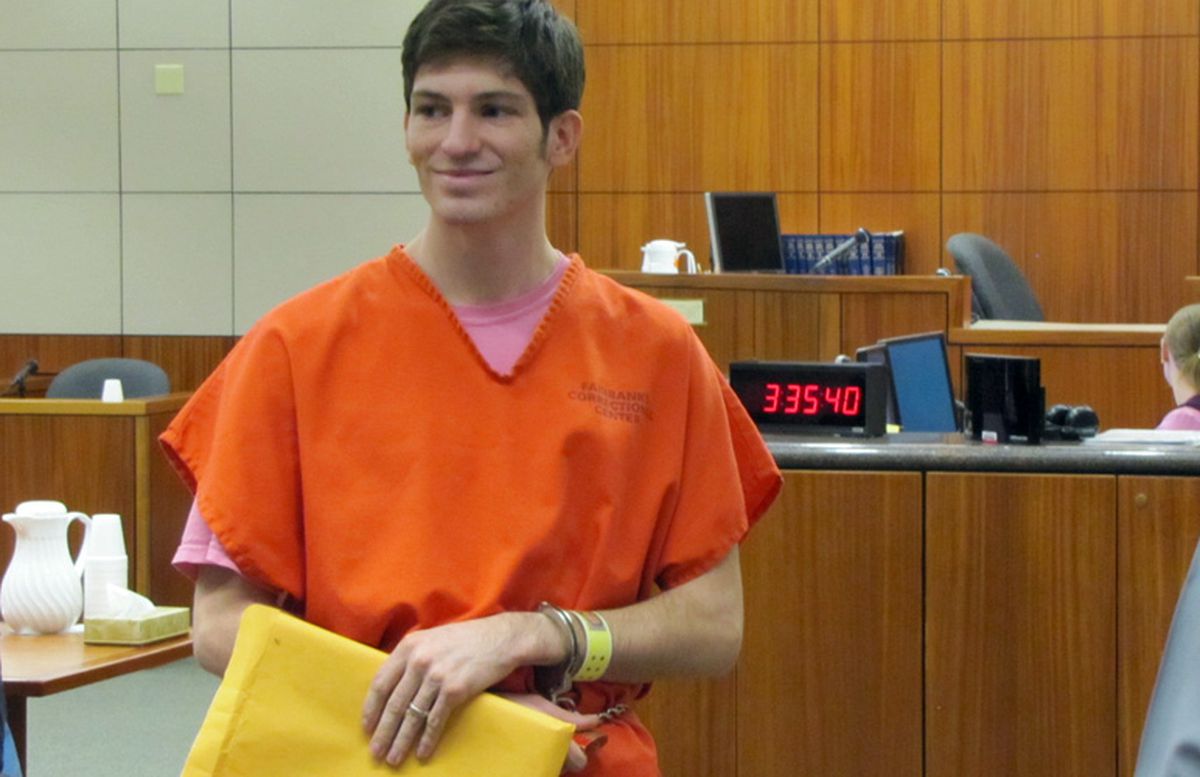 Schaeffer Cox, founder of the Alaska Peacemakers Militia, leaves the courtroom following a hearing at the Rabinowitz Courthouse on April 5, 2011, in Fairbanks. He stood accused in an alleged conspiracy to kill a state judge and others. He faced conspiracy and weapons charges in state and federal court. (Jill Burke / ADN archive 2011)

Schaeffer Cox, founder of the Alaska Peacemakers Militia, leaves the courtroom following a hearing at the Rabinowitz Courthouse on April 5, 2011, in Fairbanks. He stood accused in an alleged conspiracy to kill a state judge and others. He faced conspiracy and weapons charges in state and federal court. (Jill Burke / ADN archive 2011)

The Blood of Patriots: How I Took Down an Anti-Government Militia with Beer, Bounty Hunting, and Badassery

Immediately after finishing basic training for the United States Army, Bill Fulton's drill sergeant invited him out for a beer.

"You took an oath to serve this country. To protect this country from all enemies, foreign and domestic," the man said. "That oath did not just expire today when I pinned that cord on you, soldier. And it will not expire tomorrow, or next year, or the year after that. Or when you leave the Army. You took that oath for the rest of your goddamn life."

To hear Fulton tell it, that oath drove his actions more than a decade later when he played a key role in helping the FBI bring down Fairbanks militia leader Schaeffer Cox on weapons charges and conspiracy to murder a federal judge. For this and other reasons, Fulton has become a highly controversial figure in Alaska. Far-right activists and militia members consider him a traitor to their cause, while those on the left remain distrustful of him, owing to his lengthy ties to those same groups. In his recent book, Fulton attempts to set the record straight by telling his side of the story.

"The Blood of Patriots" — co-written with Jeanne Devon, founder of the left-leaning Alaska politics website The Mudflats — is Fulton's memoir of how he came to Alaska, the life he lived here prior to becoming involved in the government's case against Cox, why he agreed to cooperate, and an insider's account of Cox's downfall. It's an entertaining read, albeit one that will be mercilessly attacked by Cox's fervent supporters (remarkably, he still has some), who are already denouncing the book.

Fulton begins with his childhood in Montana, where he grew up in a troubled family and dreamed of joining the Army as a way of getting out. As soon as he was old enough he did just that and, as with many Alaskans, a posting to the 49th state brought him north. Fulton writes that he loved the Army but injuries led to a medical discharge.

Looking for something to do that would keep him and his young family in Alaska, he opened Drop Zone, a military surplus outfit in Anchorage's Spenard neighborhood. The business quickly expanded into other areas, including security services and fugitive recovery. Drop Zone offered employment for a few other like-minded men — many with military backgrounds — who were basically decent but addicted to adrenaline and needing a healthy outlet.

Fulton includes a few of his bounty-hunting exploits, but the book really gets moving when Cox enters the scene. Fulton claims to have instantly disliked the charismatic young political activist, who had amassed a following of disgruntled right-wingers and gun rights enthusiasts in Fairbanks. Fulton says he considered Cox a pathological narcissist and cult leader.

It's little wonder Cox came into Fulton's orbit. By its very nature, Drop Zone was a magnet for militia members, preppers, sovereign citizens and others from the margins of society who view the government as an enemy. Fulton says he mostly went along with them in order to keep tabs so he could report potential troublemakers to the authorities.

His politics, as they emerge here, appear more classical libertarian than right-wing. He accepts people doing what they want as long as they recognize that their rights end the moment they infringe on another person's. He also denounces racism and homophobia more than once and repeatedly condemns the intermingling of religion with politics.

It might not be typical conservatism, but Fulton got involved with Alaska Republicans via Ron Paul's 2008 presidential campaign and continued to participate, culminating with him providing security for Joe Miller during the politician's disastrous 2010 U.S. Senate bid. (Fulton's account of how he got involved with Miller and of his infamous handcuffing of then-Alaska Dispatch editor Tony Hopfinger differs significantly from what Miller claims on his website; people will make their own decisions, but Miller's website has credibility issues.)

During this same period, Fulton caught wind of Cox's desire to purchase hand grenades and automatic rifles. Conscience prompted him to notify the FBI, and before he knew it he was the point man for the sting operation that ultimately led to the arrest and conviction of Cox and several of his associates.

The highly publicized handcuffing of Hopfinger at a Miller campaign event had left Fulton hated on the left. When it became clear that he had helped the government snare Cox, Fulton's support on the right evaporated as well. Immediately after delivering the weapons that Cox was seeking, Fulton and his family were removed from the state for their own safety and Drop Zone closed its doors. He became a man with few friends. But, he writes, he did it to serve his country.

"The way I saw it, Cox had crossed the line. I'd rather have people complaining that he'd gone to jail and debating the intent of the drafters of the Constitution than reading about some judge's family burning to death in their beds or a shootout in Fairbanks involving dead officers or civilians. My job was to answer the call to my country. I did my job."

This is not the definitive work on Schaeffer Cox and the crowd he attracted (some of whom accompanied him to prison). Cox might not have been the threat to the federal government he fancied himself, but he was unquestionably a threat to his community. His sordid tale remains to be told. "The Blood of Patriots" is, however, an interesting and highly readable account by one of the story's key figures (albeit extremely profane; a quick scan of my e-book copy turned up 258 F-bombs).

Fulton insists that, contrary to claims from both the left and the right, he received no financial compensation for his involvement. Instead, he lost his home and business. Acting on his soldier's oath, Fulton helped stop Cox before he carried out his plans. He's cantankerous, but when it mattered he honored his vow.

CORRECTION: An earlier version of this review said that Jeanne Dixon was still with the website The Mudflats.