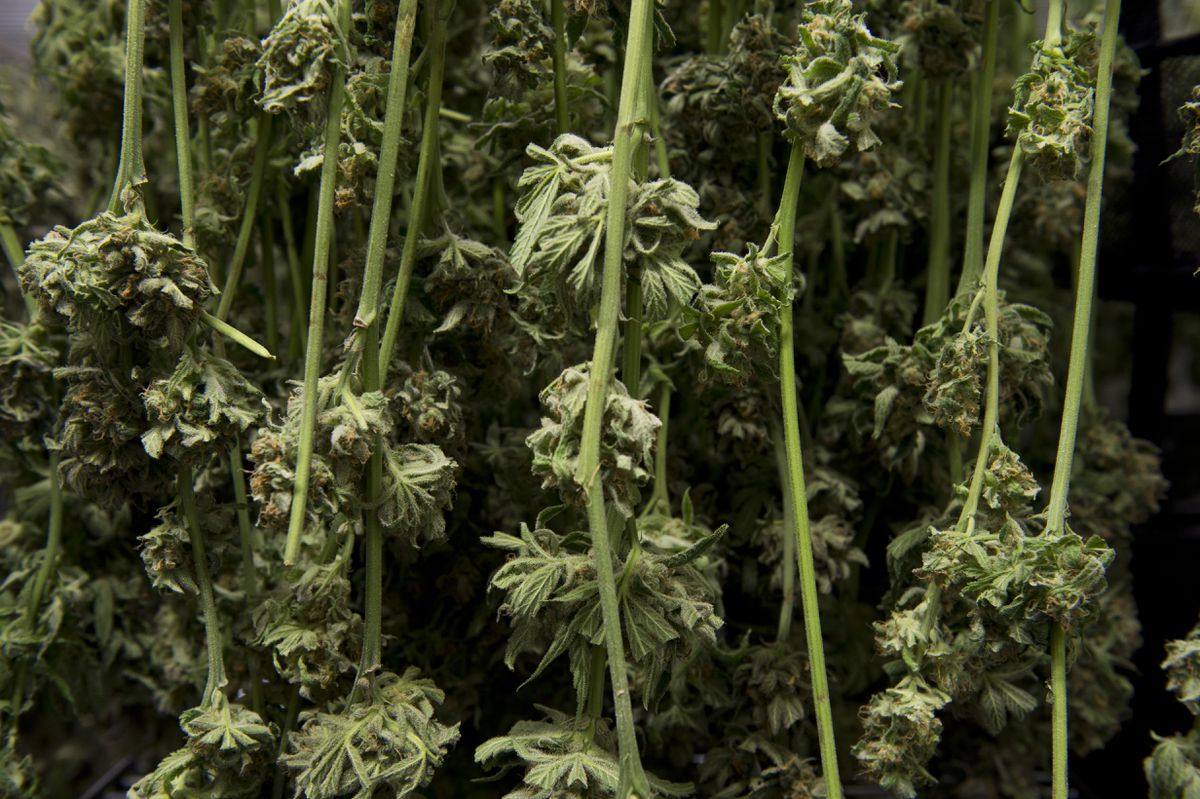 Alaska officials decried the U.S. Justice Department's decision Thursday to scrap federal marijuana policies that have served as the foundation of the state's cannabis industry.

All three members of Alaska's congressional delegation spoke out against the change.

"Today's decision announced by the Department of Justice is a direct violation of states' rights," Rep. Don Young, R-Alaska, said in a written statement. "Rolling back the Cole Memo without a responsible replacement to protect individuals and the states they live in is unacceptable."

The 2013 Cole memo is a four-page document from the Justice Department that outlined federal priorities for marijuana enforcement. It listed eight primary issues the federal government was particularly concerned about, such as preventing pot from getting into the hands of minors and preventing driving under the influence.

But now, with the guidance scrapped, it's unclear what comes next for Alaska's marijuana industry, or the state board tasked with regulating it.

But for the board chair, the policy change was reason enough to resign.

Peter Mlynarik resigned from his position as head of the Marijuana Control Board on Thursday, he said, citing the shift in federal policy.

"When you remove the Cole memorandum … there's no reason why they're not going to prosecute marijuana," Mlynarik said.

"Commercial marijuana, I think, is really in jeopardy," Mlynarik added.

Mlynarik is Soldotna's police chief, and he said his role as a law enforcement officer factored into his decision.

"If they are taking a different stance on it, I don't want to be involved in something they are going to come down on," Mlynarik said.

Another marijuana board member, Mark Springer, said Thursday that he wasn't worried about his own personal liability, but that "I would be more concerned if I was a licensee, frankly."

Springer said the decision may cause more pressure on the transportation industry. Alaska is in a unique position among states that have legalized marijuana, as many communities are not connected to the road system. Some businesses have devised a system to transport cannabis on airplanes, despite flying through federally controlled airspace.

"It's going to put law enforcement in a tight spot," Springer said of Thursday's changes.

[Weed on a plane: How Alaska businesses get pounds of pot on board, with police blessing]

Leif Abel, co-owner of marijuana cultivation facility Greatland Ganja, said he was not worried about his own business, but that the actions would create a "chill effect" on the industry.

"Does it mean that I think that federal agents are actually going to come and shut down businesses? No, I don't think that. Will it stop investment money, will it slow down sales, will it create fear … the answer is yes," Abel said.

"Today's action by the Department of Justice — which contradicts previous statements by the President that this is an issue best left to the states, and adds new confusion and uncertainty for numerous states and communities — could be the impetus necessary for Congress to find a permanent legislative solution for states that have chosen to regulate the production, sale and use of marijuana," Republican Sen. Dan Sullivan said in a written statement.

On Wednesday, he echoed similar statements, saying the Justice Department's decision was "disappointing."

"I remain committed to upholding the will of Alaskans on this issue, and maintaining our State's sovereign rights to manage our own affairs while protecting federal interests," Walker said in a written statement.

Alaska's top federal prosecutor, U.S. Attorney for the District of Alaska Bryan Schroder, said in a written statement Thursday that his office "will continue to use the long-established principles of federal prosecution to determine what cases to charge."

"One of the key (principles) is to follow federal law enforcement priorities, both at the national and local levels," Schroder said. "The highest priorities of the U.S. Attorney's Office in Alaska are consistent with those of the Justice Department nationally: combating violent crime, including as it stems from the scourge of drug trafficking. Consistent with those priorities, the U.S. Attorney's Office released an Anti-Violent Crime Strategy in October of the past year. We will continue to focus on cases that meet those priorities."

But what this truly means for Alaska remains to be seen.

"The sky's not fallen yet," said Marijuana Control Board member Emmett, "but a few stars may have burned out."