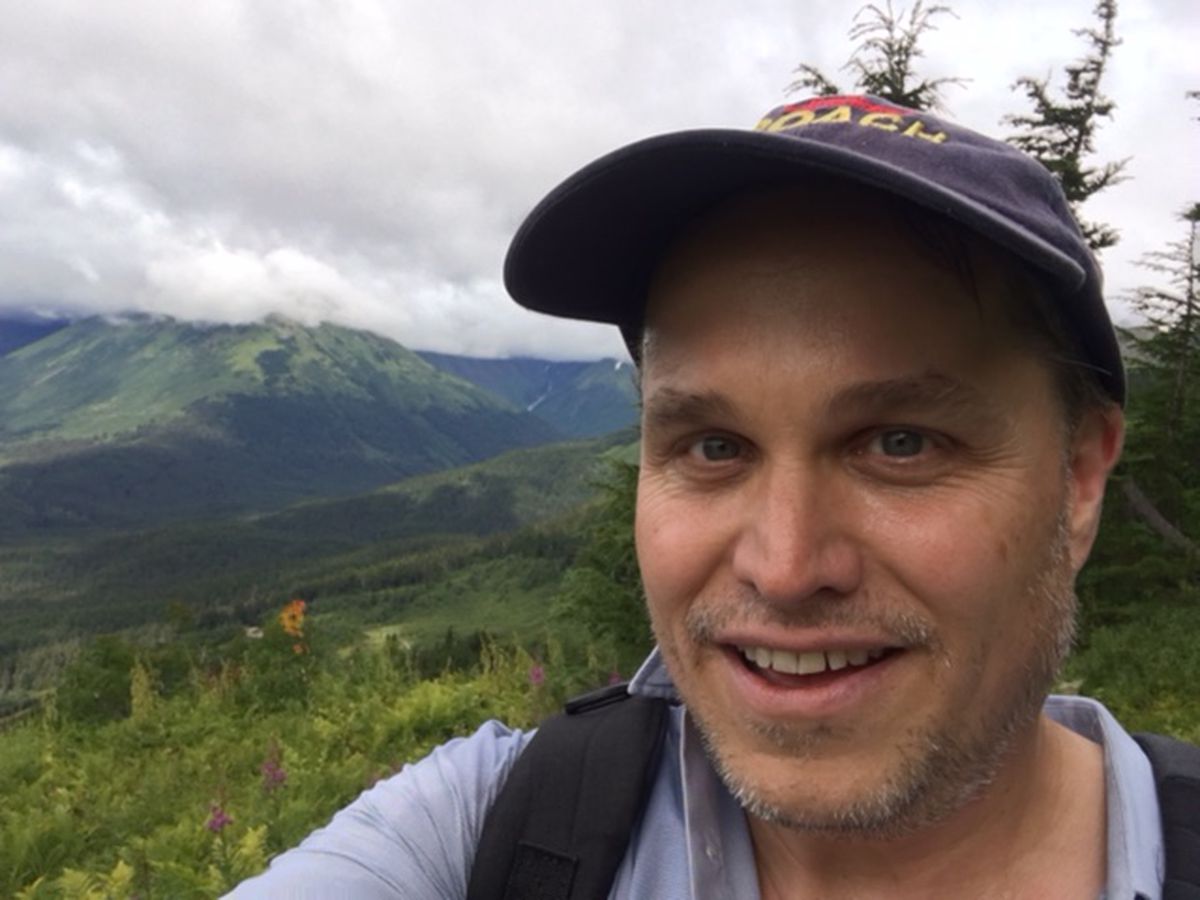 Searchers are looking for Bradford Broach, 46, last seen near Alyeska Resort in Girdwood on Tuesday, Aug. 2, and seen in this undated photo. (via Alaska State Troopers)

Searchers are looking for Bradford Broach, 46, last seen near Alyeska Resort in Girdwood on Tuesday, Aug. 2, and seen in this undated photo. (via Alaska State Troopers)

Searchers continued to comb Girdwood's rain-soaked forests and rivers Sunday for a missing Texas man last seen setting out on a popular hike in the area last week.

Bradford Broach, 46, of Allen, Texas, was last seen Tuesday night at the beginning of the Winner Creek Trail, which starts near The Hotel Alyeska in Girdwood, south of Anchorage.

He was reported missing by his wife Thursday after he failed to board a flight back to Texas that was leaving from Fairbanks.

Since the search began, more than 100 volunteers have used helicopters, trained search and rescue dogs and their feet to scour the network of trails around Winner Creek, often in heavy rain.

On Sunday, the effort was focused on the Upper Winner Creek Trail area, as well as mountainside resort trails, said Sgt. Michael Zweifel of the Alaska State Troopers.

Broach, who is listed online as an accounting manager for a Dallas architecture and construction firm, had been vacationing in Alaska with one of his daughters, Zweifel said.

"His daughter left (Alaska) before him. He spent extra time here and was finishing up his trip," he said.

On Tuesday afternoon, Broach hiked up the North Face Trail and rode the tram down, disembarking at 9:05 p.m., Zweifel said. Broach signed the trail log at the Winner Creek trailhead at 9:45 p.m.

Troopers believe he quickly interacted with a person at the trailhead before setting off down the Winner Creek Trail, a wide, mostly-flat amble through deep forest that leads to the edge of a 100-foot-deep canyon with the rushing Glacier Creek below. The canyon can be crossed with a primitive "hand tram."  Zweifel said Glacier Creek has been treacherous and difficult to search, though a local resident rafted it and saw no signs of Broach.

From the hand tram, hikers continue on to the Upper Winner Creek Trail, a more difficult hike that leads into alpine country after branching off at the gorge.

It's not clear what Broach's plan was that night.

"We still have a strong cellular signal at 10:32 p.m. that night putting his location there in the Winner Creek trail/Nordic system," Zweifel said. "That's the last contact we had."

Other people have gotten lost in the heavy woods of the Winner Creek and Nordic trail systems of Girdwood in recent years, troopers say, but all have been found "relatively quickly," according to Zweifel.

Since Broach was reported missing, 111 people have helped in the effort to find him, Zweifel said. The search will continue Monday, he said.