Fairbanks officer who was shot dies after eye surgery complications 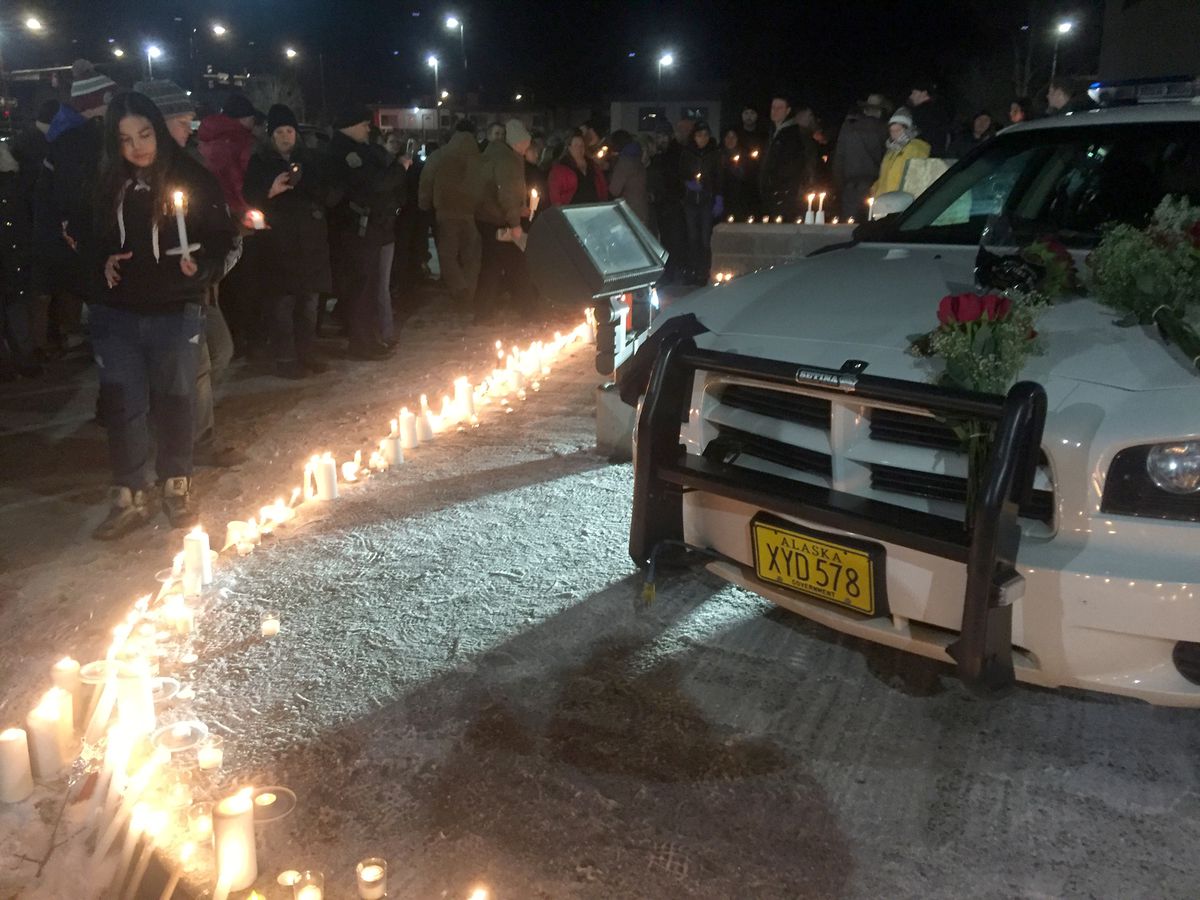 Fairbanks Police Sgt. Allen Brandt, who was shot six times in the line of duty on Oct. 16, died Friday due to complications from an eye surgery, according to the deputy chief of police.

"Fairbanks lost a hero today," Johnson said. "I'm sorry to have to let you know that earlier this afternoon Sgt. Allen Brandt lost the fight."

Brandt, 34, had eye surgery Thursday in Anchorage and suffered complications afterward, Johnson said. His condition "continued to deteriorate through the day," and Brandt was unable to recover, he said.

Fairbanks Police Department spokeswoman Yumi McCulloch said Brandt was still in Anchorage when he died. The complications arose Thursday night and continued into Friday, she said.

Johnson said the police department and Brandt's family and friends were hurting, and he asked the community for its support in the healing process before ending the brief press conference.

Brandt is survived by his wife and four children.

The city of Fairbanks reported Friday morning that Brandt was sedated and being treated due to the medical complications.

Brandt was responding to a report of shots fired in downtown Fairbanks shortly after midnight on Oct. 16. He pulled over as he approached a pedestrian, and the man dashed in front of the car with a gun in his hand. Brandt opened the door to get behind the police car for protection and the man opened fire, hitting him five times in the legs and once in the chest.

Shrapnel from the shot that struck Brandt's bulletproof vest was lodged in the officer's left eye. Brandt made an appearance at the Fairbanks City Council meeting Monday night and told a crowd he might still lose his eye because of the shrapnel.

About 300 to 400 people attended a candlelight vigil for Brandt Friday night in Fairbanks.

The crowd stood quietly in 19-degree weather through the vigil. Johnson and Fairbanks Mayor Jim Matherly thanked everyone for coming and asked the community to pray for Brandt's family.

"We'll pass your love onto Allen's family. As you probably know, Allen was a man of strong faith," said Johnson. "Their faith will help them through this, as will your support. So I really want to thank you for being here. It means everything.

Attendants were led in singing the first verse of "Amazing Grace" before placing their candles on a police memorial outside FPD.

Dermot Cole in Fairbanks contributed to this article.