Alaskana recipe: Halibut Olympia a little better than you remember 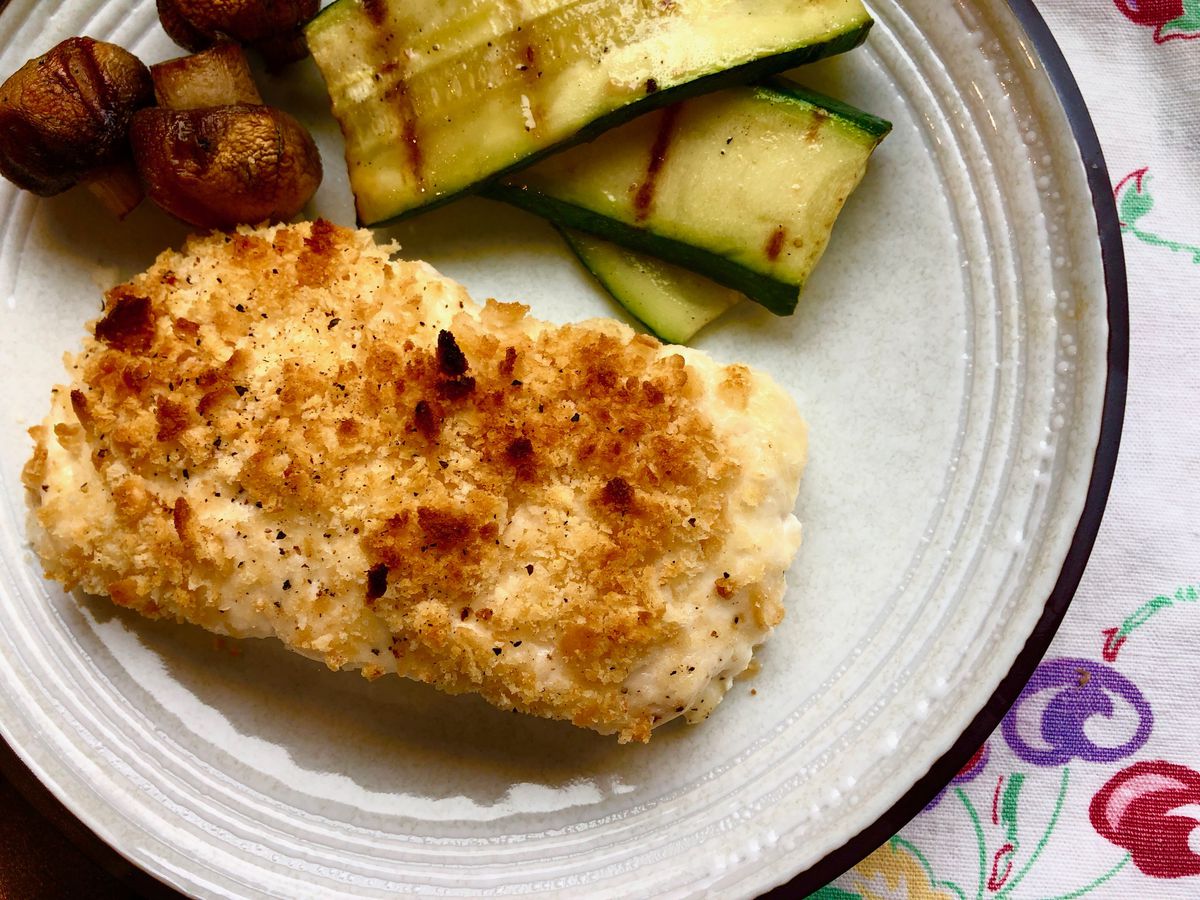 Tracking the DNA of the classic Alaska baked fish dish, halibut Olympia, took me down some cool rabbit holes related to the advent of power generation in Alaska (beginning the in the late 19th century), the history of jarred mayonnaise (Best Foods/Hellmann's was in wide circulation by the late 1920s) and the spread of refrigeration into rural areas in the United States (most got it after 1935).

Baked halibut is mentioned in Alaska's cookbooks from the early part of the 20th century, but it's usually cooked with tomato sauce. Canned tomatoes were shelf-stable and, as far as I can tell, commonly available. They figure in lots of halibut recipes.

The earliest recipe that I could find that calls for baking fish in a cream sauce is in an undated early-century cookbook in the Anchorage Museum collection: "Cook Book," compiled by The Friendly Aid Society of the First Presbyterian Church in Anchorage.

[Get all your food news in one place with the How Alaska Eats newsletter delivered to your inbox every Friday: Sign up here.]

That recipe, contributed by Mrs. H.W. Nagley, whose husband owned the general store in Talkeetna, is written for canned tuna, and calls for a homemade white sauce covered with “buttered crumbs or grated cheese.” A person could say it’s also an early relative of tuna-noodle casserole (which appears in many Alaska cookbooks from mid-20th century on, likely also related to the shelf-stable, affordable nature of canned tuna.)

Halibut Olympia-type dishes begin to appear in lots of cookbooks after World War II. By then, refrigeration would have been widely available. Recipes collected in church cookbooks also begin to show the influence of brands, like Best Foods, which is mentioned by name in a number of early baked halibut recipes.

In the Anchorage Women's Club cookbook "Alaska's Cooking," published in 1959, a cook identified as "Mrs. John C. Tower" recommends broiling halibut with mayonnaise ("must be Best Foods," she writes), lemon and finely-chopped onion.

Halibut Olympia has all kinds of regional variations. There's halibut Caddy Ganty from Southeast, made with wine-soaked fish, rolled in breadcrumbs, covered with mayo, sour cream and chopped onion (there's a very fine recipe for that in "A Collection of Recipes from The Gustavus Inn," a cookbook every Alaska cook should own). There's halibut Alyeska, made with grated cheddar on top and sautéed onions on the bottom. There's halibut Sitka, made with chopped green onions in the mayo spread.

The recipe below, tested in the Alaskana Recipe Test Kitchen (aka: my Facebook cooking group and my own kitchen) hits on the notes of many historic recipes I've read and is influenced heavily by the dish I ate as a kid. (I like to think, though, that it's just a little better?)

1/4 cup grated Parmesan cheese, plus more for sprinkling over fish

Zest of one half a lemon

Butter for the pan

At least two hours in advance, generously salt the fish, place in a large bowl, and cover with wine. About a half-hour before dinner, preheat the oven to 500 degrees. Generously butter a baking pan. Prepare the sauce, whisking together sour cream, mayonnaise, Parmesan, lemon zest, Tabasco, grated onion and mustard. Salt to taste. Remove the fish from the wine and dry well with paper towels. Place the fish in the pan, spread each piece with topping, sprinkle with cracker crumbs and Parmesan. Bake for about 15 minutes, until the center of the thickest piece is still just a little translucent and the crackers have browned. Serve right away.