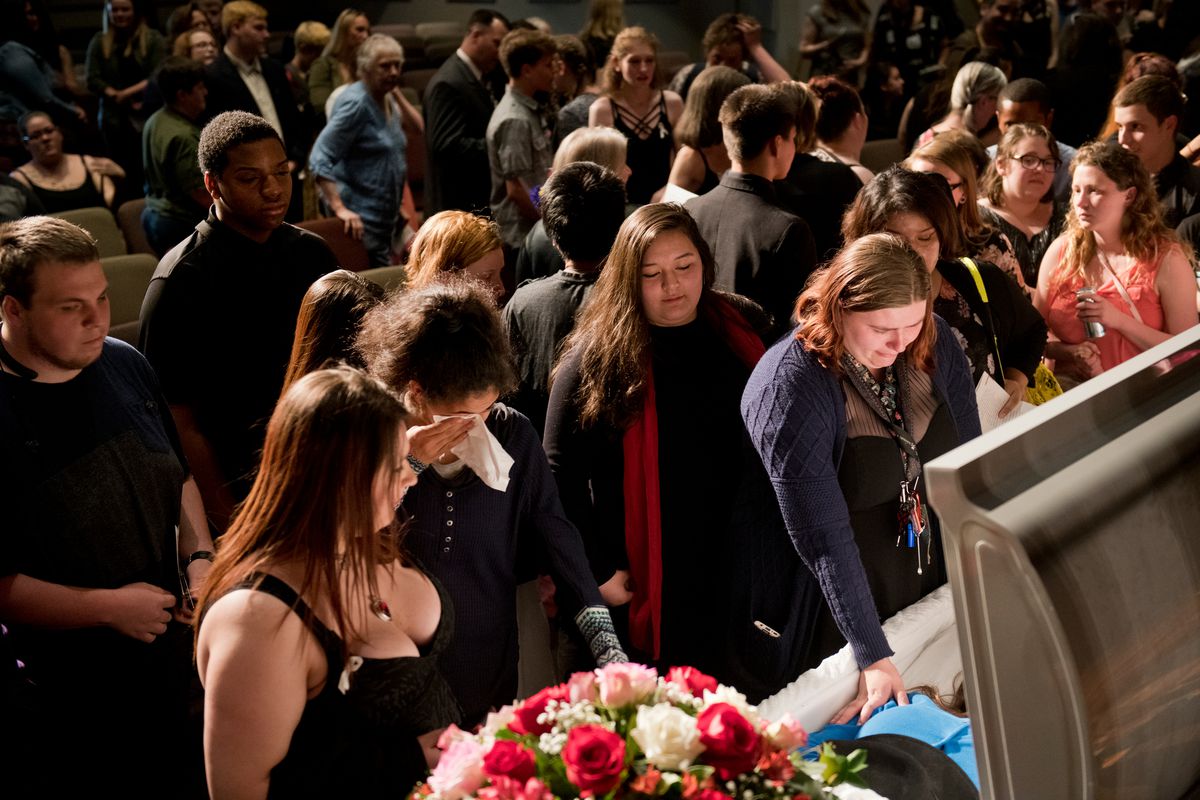 Friends and family visit the casket of Cynthia Hoffman at the conclusion of her funeral. (Marc Lester / ADN)

Friends and family visit the casket of Cynthia Hoffman at the conclusion of her funeral. (Marc Lester / ADN)

Dozens of motorcyclists escorted the hearse carrying Hoffman to the service. Tim Hoffman, Cynthia’s father, rode his motorcycle behind it.

During opening remarks, Tim Hoffman asked the audience to try to keep the remembrance of his daughter joyful.

“I don’t want this reunion to be a sadness. I want it to be a new birth of my daughter,” he said.

Five teenagers have been charged in her death: Brehmer, 18, McIntosh, 16, Caleb Leyland, 19, and two minors whose names haven’t been made public. Tim Hoffman said he planned to attend all the court hearings.

“I have a court appearance at 8:30 tomorrow morning at downtown jail,” he told the audience at the funeral. “And excuse my French, but I’m going to send them all to hell.”